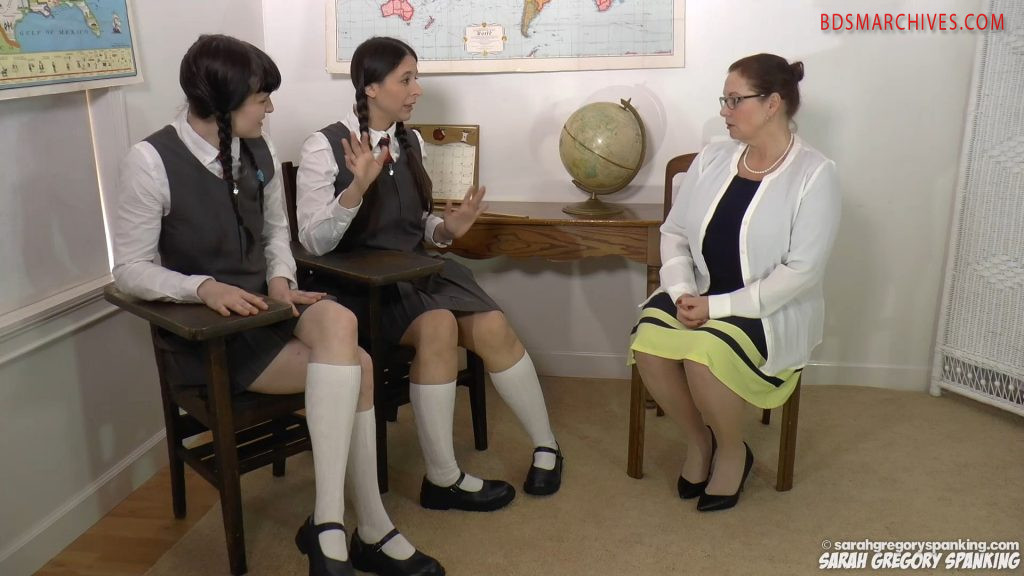 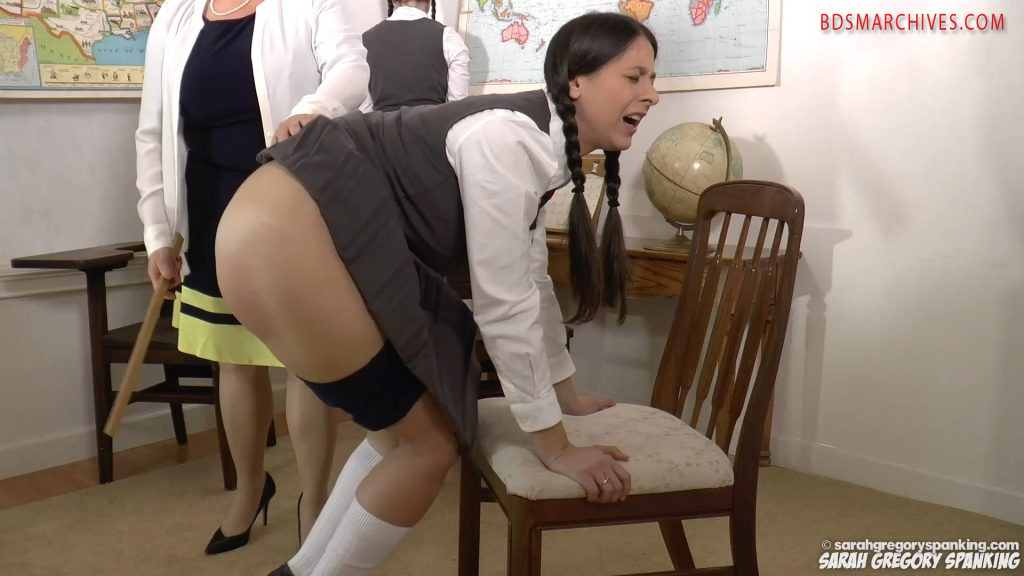 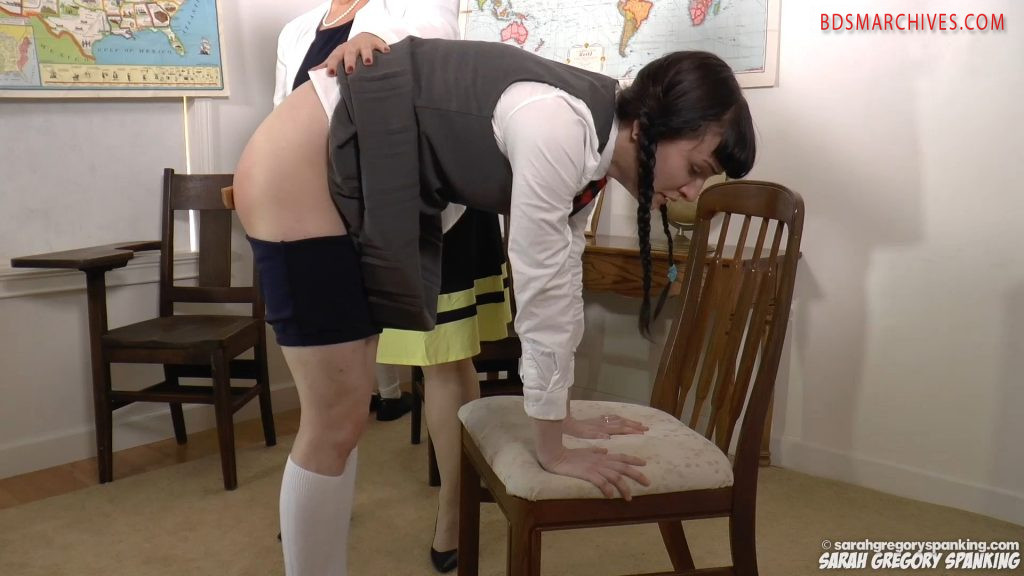 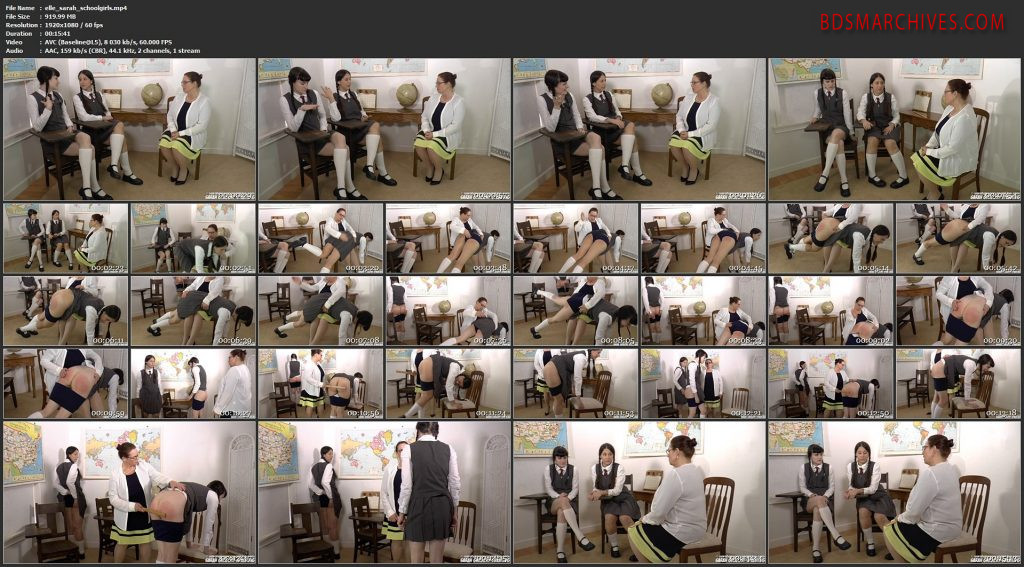 Sarah and Elle have been asked to stay after school for detention by their teacher, Miss Elizabeth. Both young ladies have been naughty girls, not turning in assignments on time, being unprepared, disrupting lessons with excessive talking, and being rude to their teachers. They are there not just for detention, but a double punishment, in front of the other. Each naughty girl is taken one at a time, over their teacher’s firm lap for a panties-down, bare bottom, hand spanking. It is so humiliating being spanked in front of each other. Elle was already close to tears and this embarrassment of being spanked with a now contrite and quiet Sarah brought out the tears that she had been holding back. The final part of their punishment is given when they are made to bend over, regulation knickers down, gripping the side of a chair as Miss Elizabeth administers several mean swats of the wooden ruler across their already sore red backsides. The girls will do better in the future so as to avoid another humiliating double detention that they both want to forget ever happened!