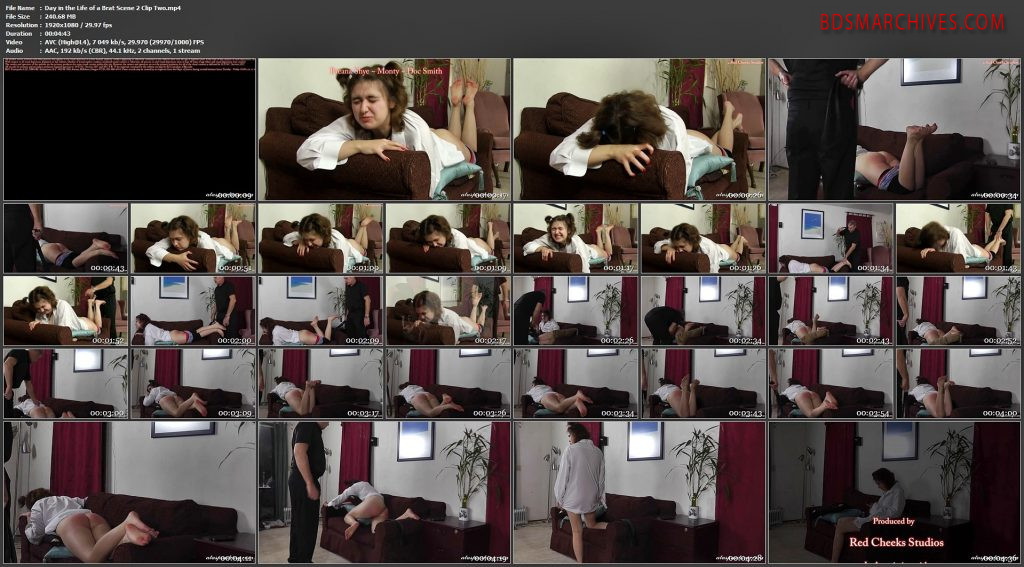 Now the little brat, Breana, has a very red looking butt, as her Guardian keeps up the punishment with more stinging whacks from his thick leather belt. We see her grit her teeth and writhe around with the biting sting, but again and again the atrap comes down, each time with a loud thwack, and poor Breana’s ass is glowing a fiery red. He switches sides, angles and keeps up the scolding, while all the while lashing her bare butt over and over. Eventually, the little brat mutters that her Guardian sucks, and that makes him furious and go off to fetch a paddle…