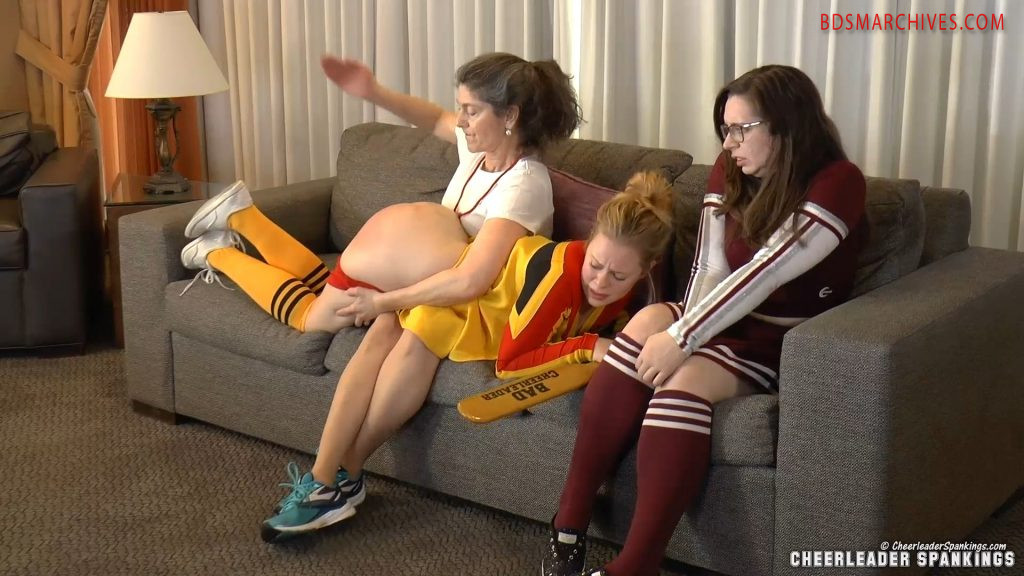 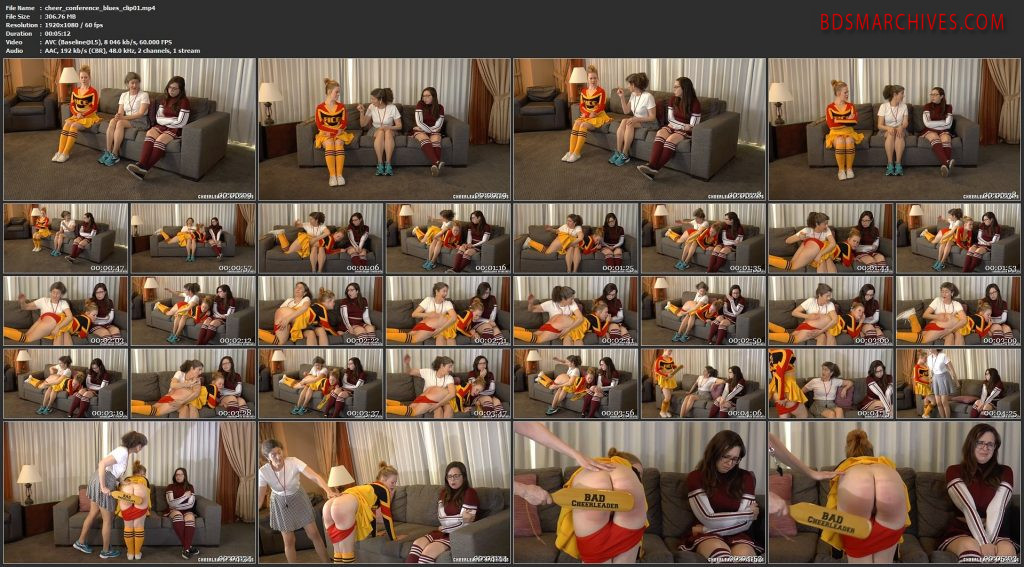 Adriana and Stevie were good friends going back years before they went to different schools and are now competing in different cheerleading squads. They’ve been enjoying each other’s company and catching up at the grand Cheerleaders’ Conference at an out of state event. However, their friendship is tested when one of the organizers, Madame Samantha B, hears of some girls smoking “waccy-baccy” on hotel grounds. This is serious stuff as she could lose the right to host such an event and is understandably angry. She tracks down the culprits and meets them both in Stevie’s hotel room to discuss this further. Unfortunately for Adriana, she was the real culprit but could not take any more demerits, so Stevie reluctantly agreed beforehand to lie and say she was the one who should be punished harshly. Samantha is going to punish both girls but she reserves her ire for Stevie, and really spanks and gives her a long blistering paddling hard across her bare bottom, which Stevie is upset about. Adriana takes her spanking but only receives 10 swats of the wooden paddle. Both girls are scolded further and the organizer leaves… but it isn’t over for Adriana… not by a long shot! Stevie is upset that she had to cover for her so-called friend and decides to spank her some more across to make up for what Samantha didn’t give her. Also, Stevie tells Adriana to go fetch her hairbrush from the bathroom as she really gives it to her cheating friend! Adriana is wailing and promising never to get them both into such a situation again… she will do well to remember not to cross Stevie in the future!