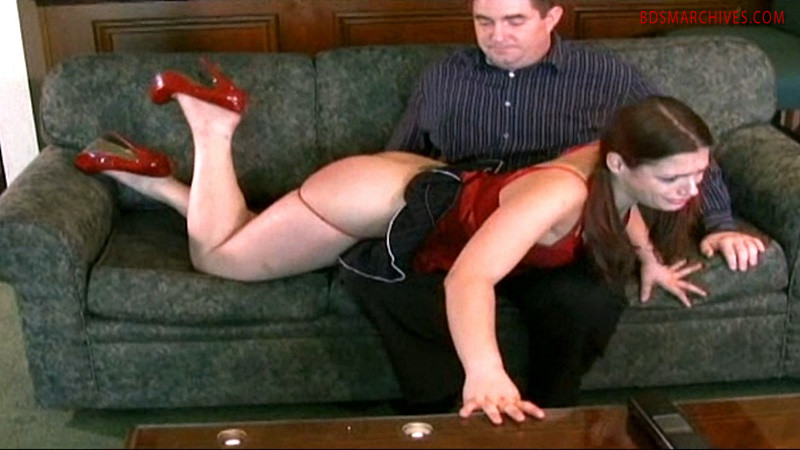 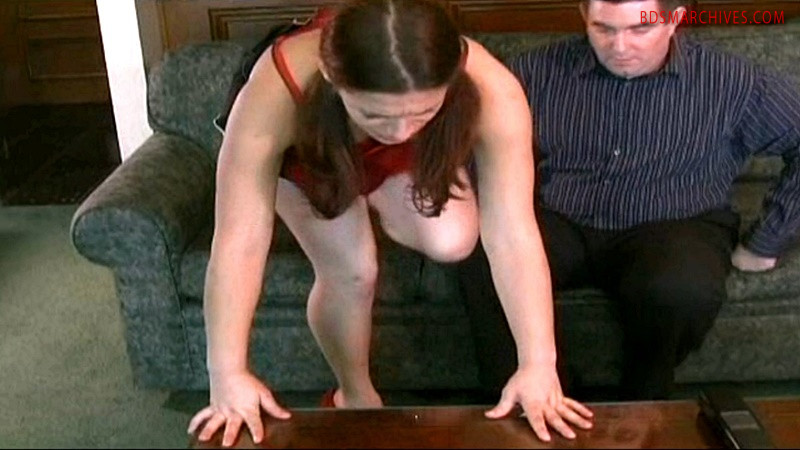 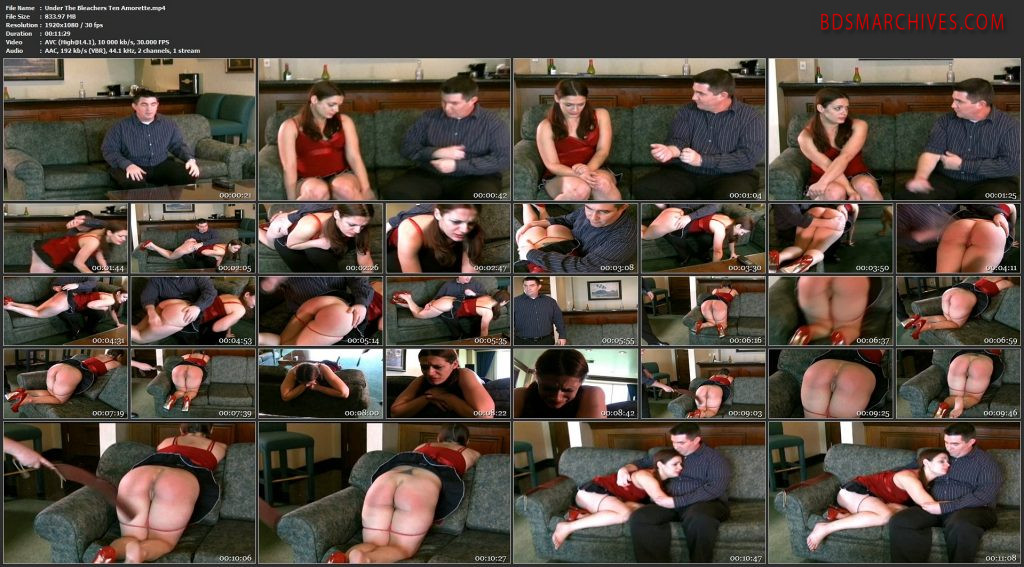 Robert receives a phone call from the mother of one of his daughter’s (Ten Amorette as a very cute schoolgirl) classmates, informing him that she saw his daughter engaging in promiscuous acts with a boy under the bleachers at the school football game the night before. Dad calls Ten into the living room and questions her, tells her what he has heard, and she eventually confesses to inappropriate behavior with a boy during the game. He takes her over his knee for a hard spanking, and despite her protests, then makes her go get his large leather strap and bend over on the couch for a sound strapping on her bare bottom! When it’s over, he gives her hugs and reassurance that the spanking was for her own good, as she could end up in serious trouble if she keeps fooling around that way. Great Daddy/daughter roleplay!