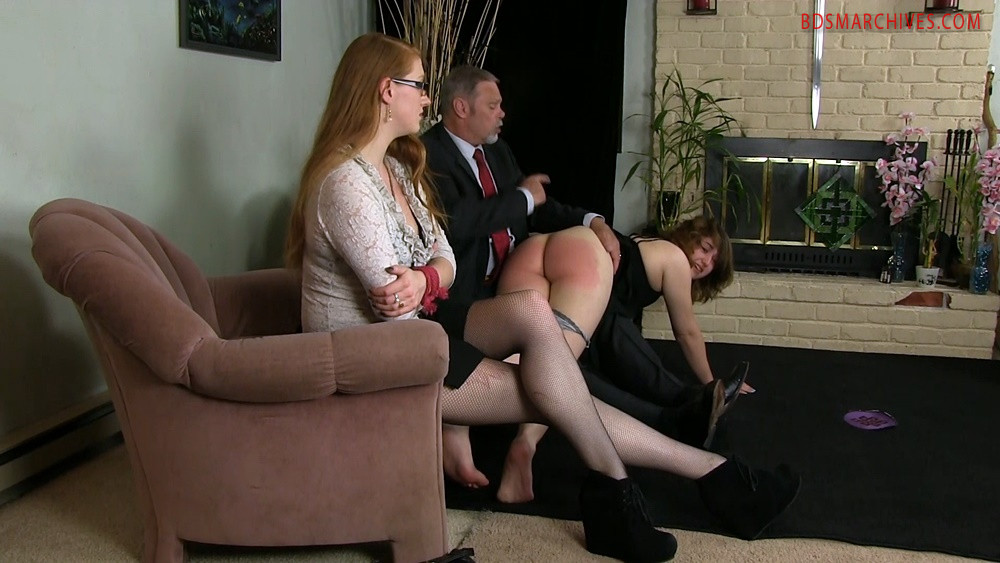 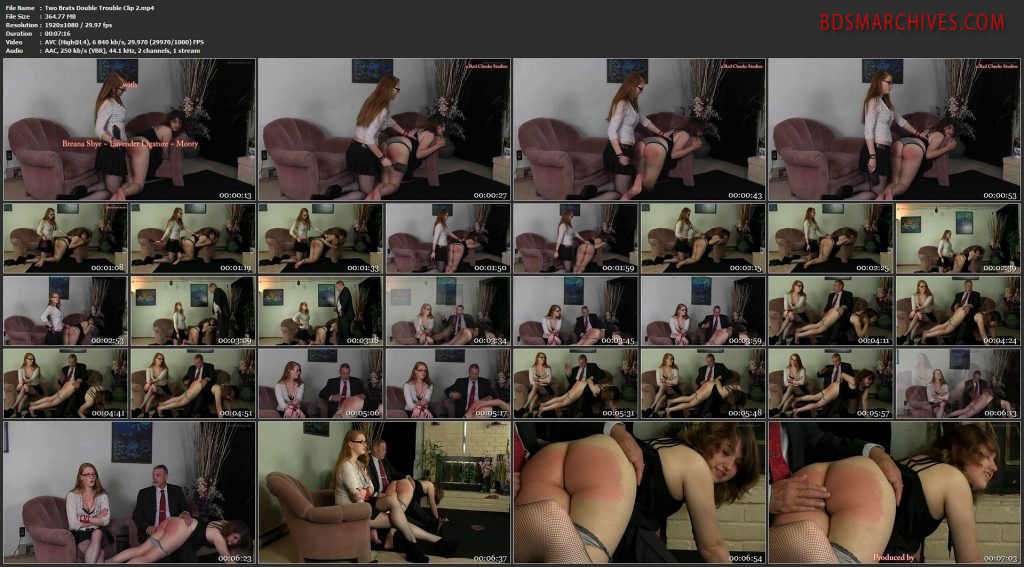 With hairbrush in hand, our redhead Lavender proceeds to carry on smacking her cousin, Breana’s bare ass to punish her for going through her things. All the while scolding her for her behavior, Lavender is turning her cousins’ bottom a bright shade of red, and they are midst spanking when their Uncle comes through the door and sees the grand spectacle. He is furious to find the scene, and wastes no time sitting down and pulling Breana over his knee, demanding to know what she has done this time. He pulls down her panties and begins spanking her much harder than her cousin, which leads to some sneaky attempts to get lavender in trouble as well as she writhes and struggles over her Uncle’s lap…