Home / Spanking / To Have and To Scold – Shadow Lane

To Have and To Scold – Shadow Lane 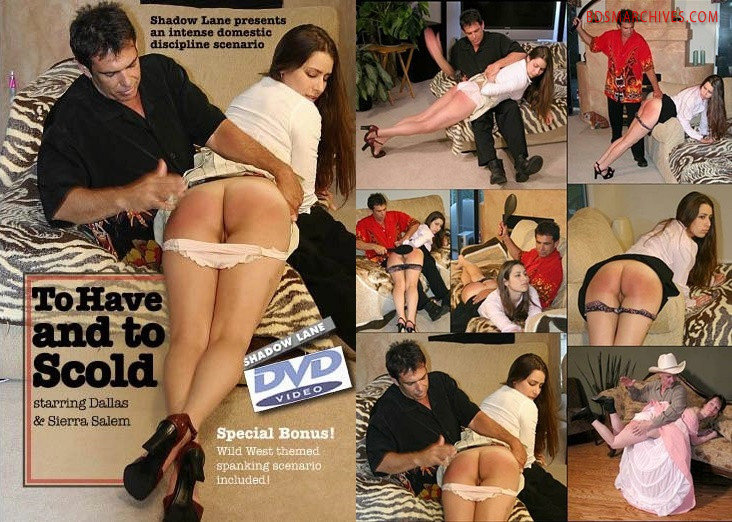 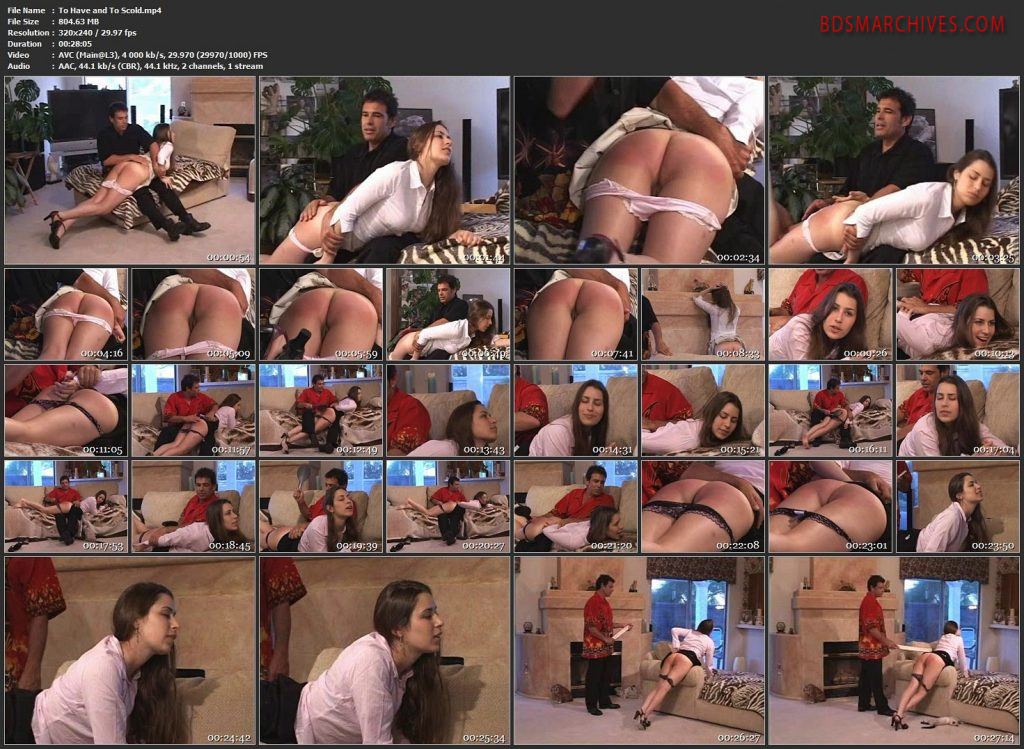 Starring Sierra Salem and Craig (Dallas). Craig’s beautiful, 19 year old girlfriend Tori is more than a handful. He tolerates her impertinence and misbehavior for a while, because she’s so cute. But when she began to snoop in his emails and shreds a birthday card from his ex containing a $100.00 bill, Craig realizes it is past time to tame her. After making her admit that she had snooped, tampered and disobeyed his constant injunction to act like a grown up, Craig spanks her long and hard. Tori is a stubborn girl, who once she gets an idea in her head, is hard to reason with. Like when she makes a naughty spectacle of herself at their favorite bar, giving lap dances to Craig’s friends, all in aid of arousing his jealousy for a change. What she succeeds in arousing, however, is merely her boyfriend’s desire to spank his spoiled brat. Turning her over his knee once more, Craig makes his displeasure known by means of a sound hand spanking, a crackling leather paddling and a good, old fashioned strapping. Kick, squirm, shout and whine though she might, Tori receives the discipline she deserves from her older, wiser lover in To Have and To Scold. This is Sierra Salem’s second appearance for Shadow Lane and this time she’s working opposite her real life sweetheart, Craig. The spanking is brisk and stinging, Sierra’s reactions are terrific and Craig once again proves a strict disciplinarian and meaningful scolder, while presenting a more lovable and human side to himself than previously seen. Seeing how adorable and fresh Sierra is, who could blame the guy for melting just a little for her charms? But this doesn’t mean he doesn’t spank her vigorously as well as strap her with his favorite (and her least favorite ) belt. Plus Bonus Spanking Scenario: Keith Jones and Miranda Fay in The Box Social Embarrassment. In the 1860’s, on the Western frontier, a cowboy was likely to settle a dispute with his lady by turning her over his knee. Our jealousy theme continues as Keith Jones spanks Miranda Fay for flirting at the box social and shaming him before the town. It’s crinolines up and panties down for an unrepentant miss. A short but crackling spanking scene unfolds, with Miss Fay in a lovely period gown while her creamy bottom is spanked a glowing pink.