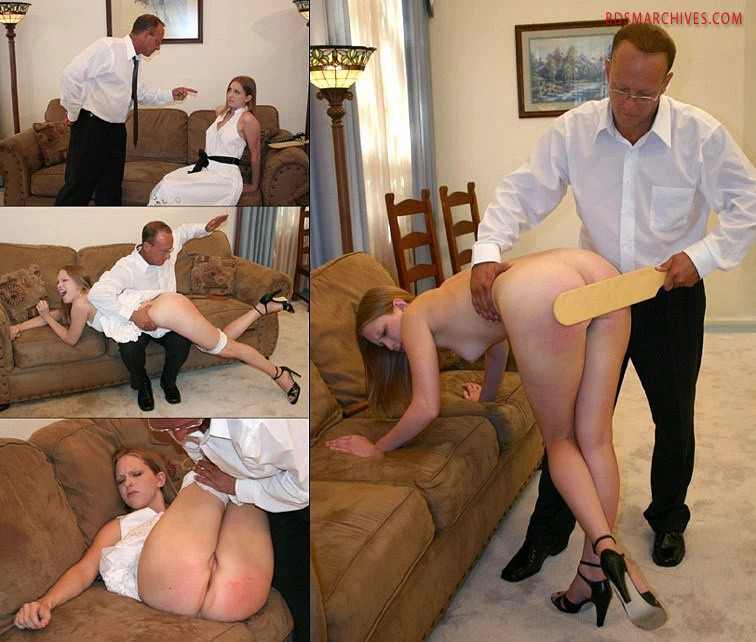 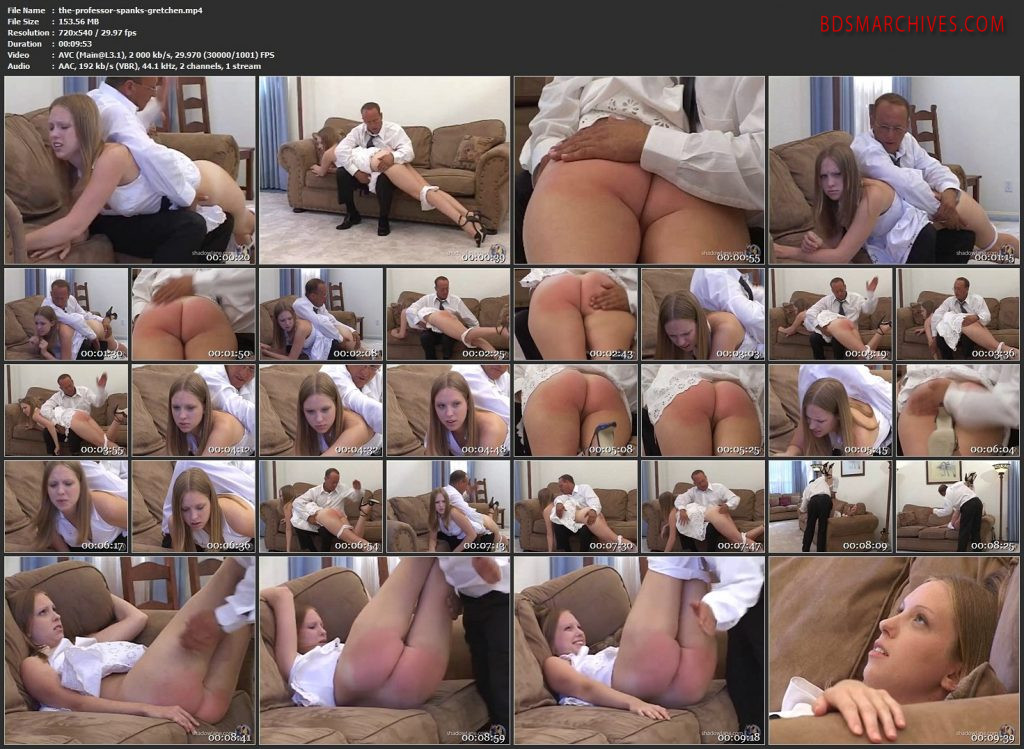 In Sting Operation Part 1, Mr. Lawrence exposes Gretchen (Chloe Elise) for the indifferent and dishonest scholar that she is, confronting her with having bought her term paper online. And then he proceeds to expose her slim but very well rounded bottom for the spanking she deserves. Gretchen is a beauty and her reactions are fantastic. As for Mr. Lawrence, he’s the kind of strict disciplinarian girls into spanking dream about. Since Gretchen wants a chance to put her misdeed right, she submits to Mr. Lawrence’s will and bravely endures a hard hand spanking and an embarrassing spanking in the (blush) diapering position. There is a reason for Mr. Lawrence’s unabated severity, but we won’t give the whole plot away. Suffice to say, Gretchen is a very bad girl and is sternly disciplined for her sins by her determined professor.