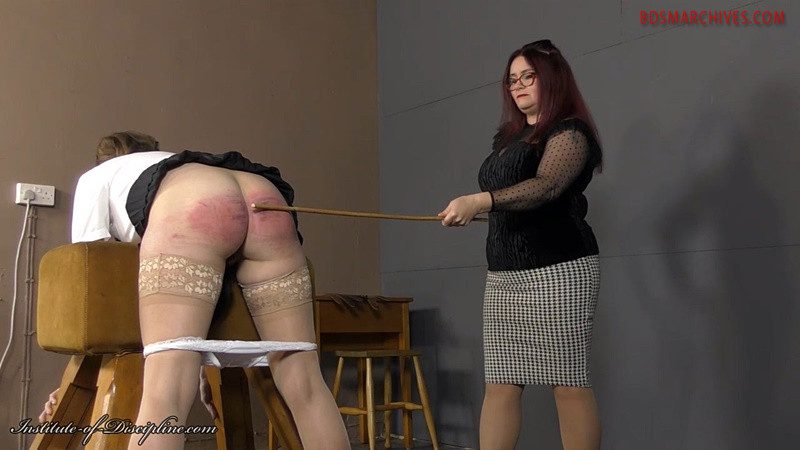 Suzie has pushed her look too far. Now she receives the severest caning across her bare bottom. She is given a genuine six of the very best across her bare bottom by Miss Strictland, who does not hold back when laying on the cane. After six utter scorches, Suzie’s bottom has clear purple welts.

In this film she receives six strokes, but it’s filmed from multiple angles, so I’ve tried to show all the angles to show both the cane being delivered hard and her facial reaction as the strokes bite into her poor bottom.