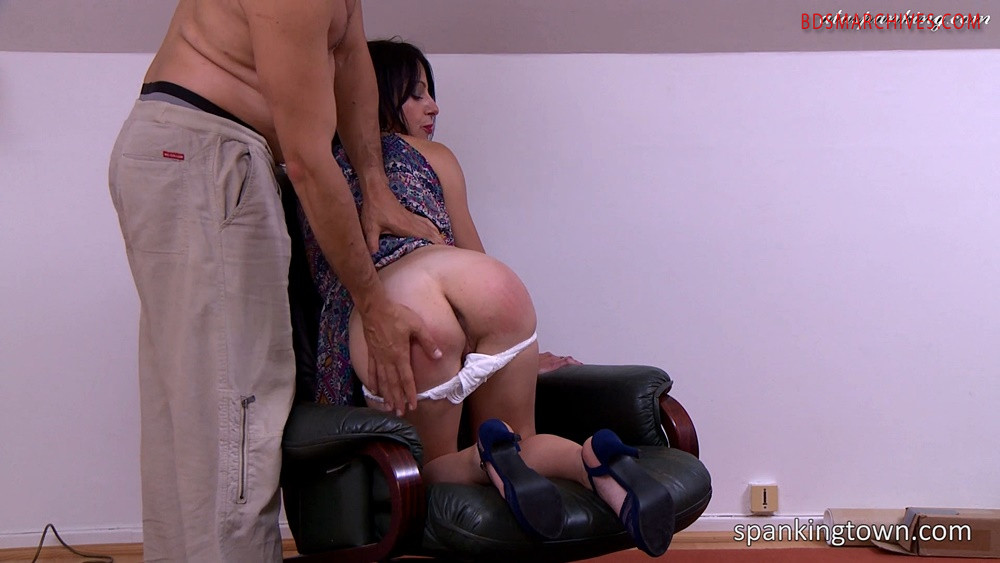 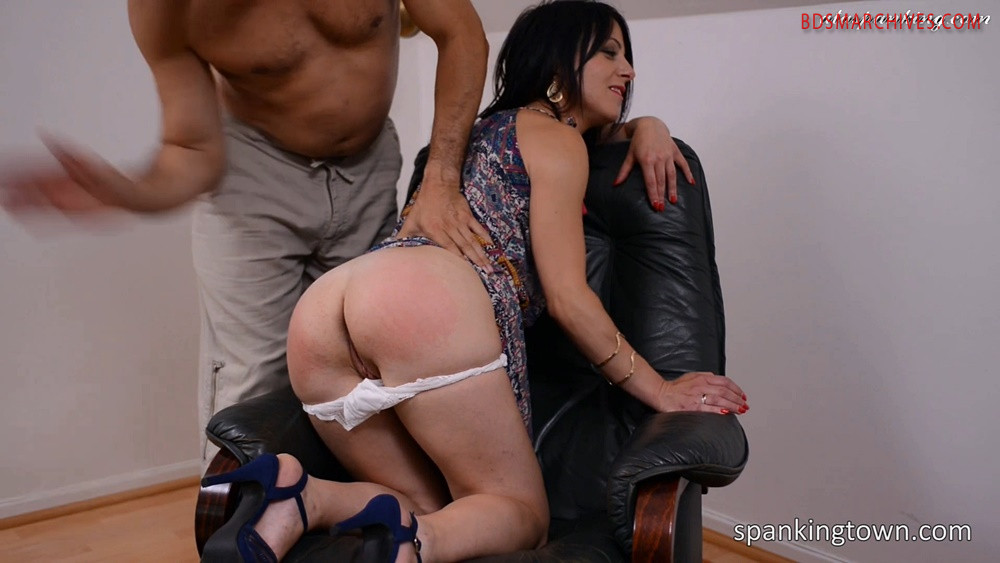 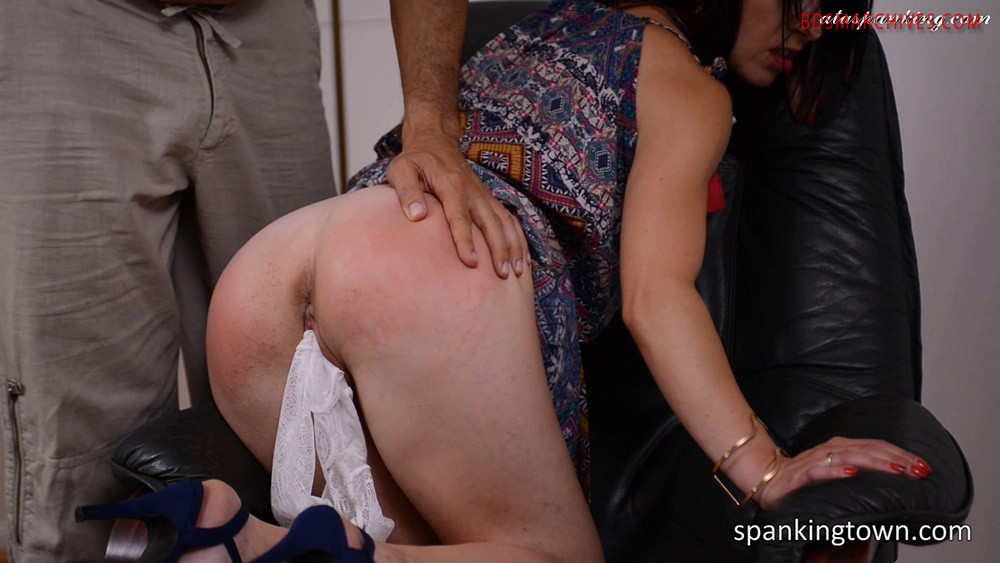 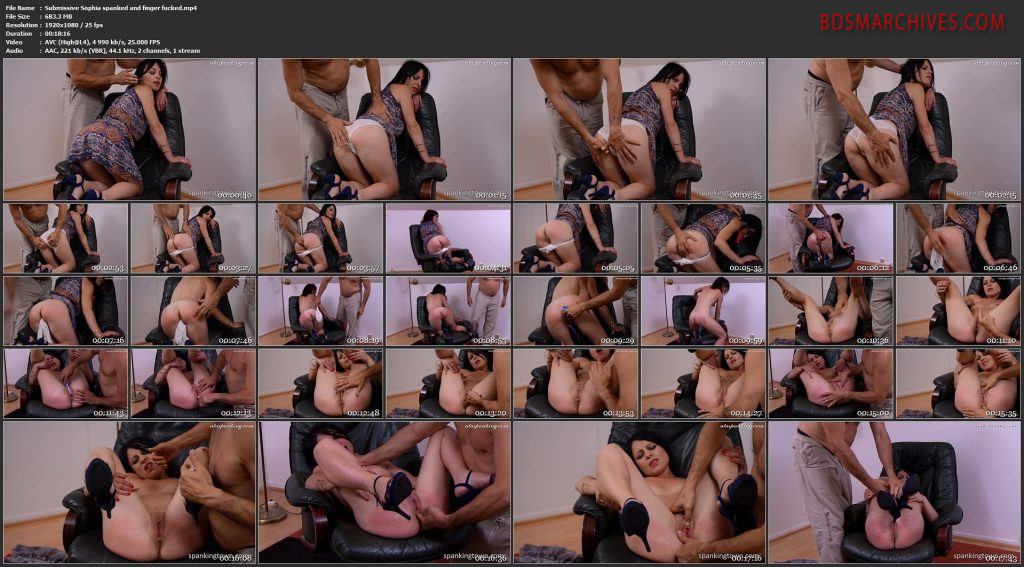 Her master forces her down to have her big juicy butt offered to some more spanking. When the panty’s removed, it’s to gag her slutty face. Next, the lingerie is stuffed in her wet pussy. The newcommer is not done yet. She gets two fingers in the ass again before being undressed. Her ass is now red from the spanking. The naked bitch gets masturbated with an electric toothbrush.
Lily is now on her back, legs in the air, wide opened, only to be abused again with fingers and toothbrush in both her holes. Those fingers goes back and forth between the asshole and the bitch mouth.