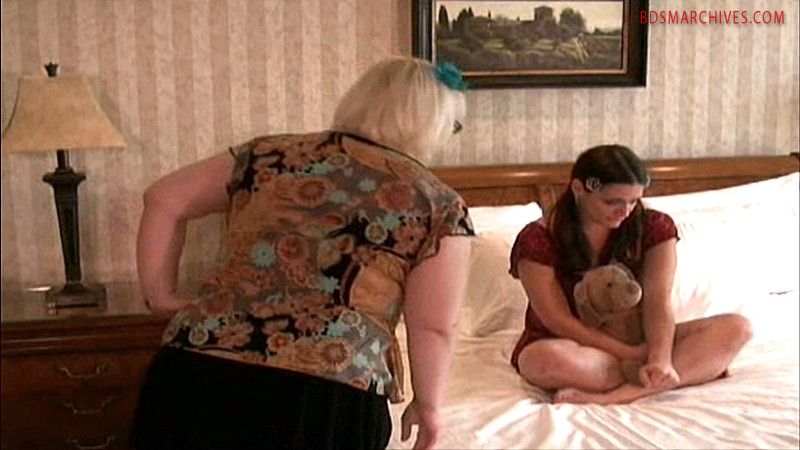 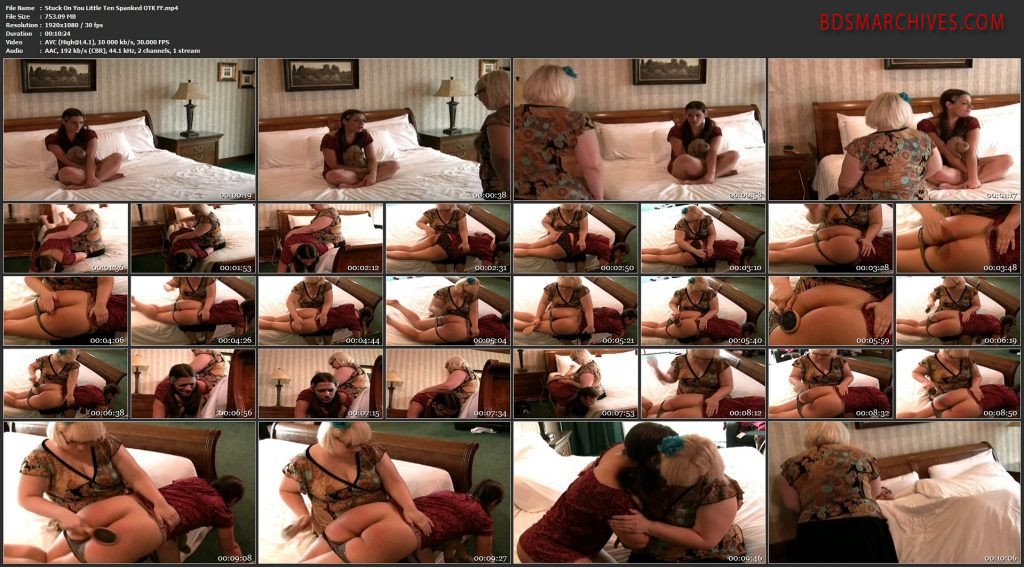 Ten’s step-mom Lily gets a call from her school and learns that her step-daughter had earlier that day poured super glue on the seat of one of her classmates, another girl, causing her to need to be cut out of her pants. Lily enters Ten’s bedroom to confront her about what she did. Ten insists that is was “an accident,” but Lily isn’t buying it because she knows that Ten was jealous of this other girl for talking to the boy she had a crush on. It soon becomes apparent that it was indeed done on purpose, and that Ten thinks it was quite funny, evidenced by her stifled giggles. The little brat gets pulled over step-mommie’s knee, and has her little dress flipped up for a firm hand spanking on her panties, then bare bottom, before Lily gets the wooden hairbrush from the nightstand and really blisters her naughty bottom until she’s crying and promising never to do anything like that again! Finally, Ten is forgiven with a stern warning, and tucked into bed with a very sore bottom and her stuffie to console her. This is adorable burgeoning fetish model Ten Amorette’s debut for Lily Starr Spanking, and she was just fantastic! Great clip, remastered for better quality, enjoy!