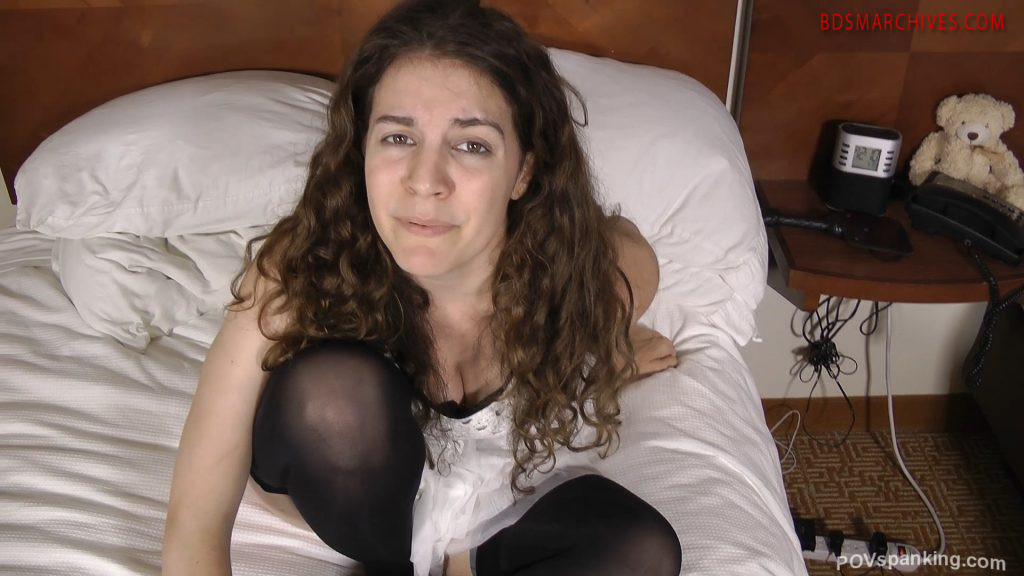 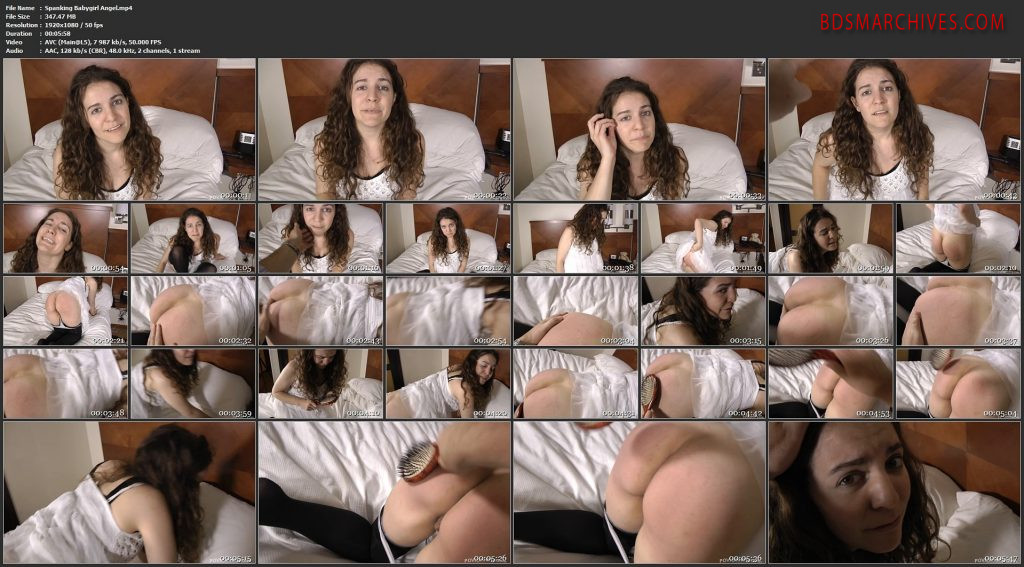 Angel Lee is your babygirl in this relationship and she is submissive to her Step-Daddy. However, you told her that this spanking punishment was coming… she knows it too but still tries to reason and plead with you until she gives in as you give her a frown that says “Enough!” – She complies and turns around even pulling down her panties for you to spank her on the bed with her bare exposed bottom up in the air! You also use a hairbrush on her behind which reddens her bottom up in no time! Experience the spanking as the “Dominant” from your perspective in this video release with Angel Lee starring in her first ever POV style spanking film.