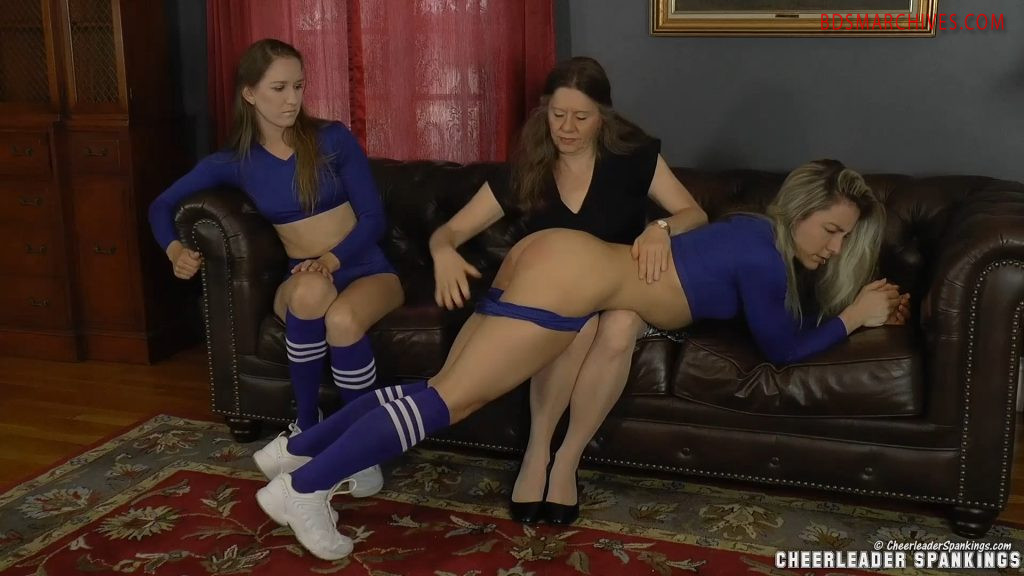 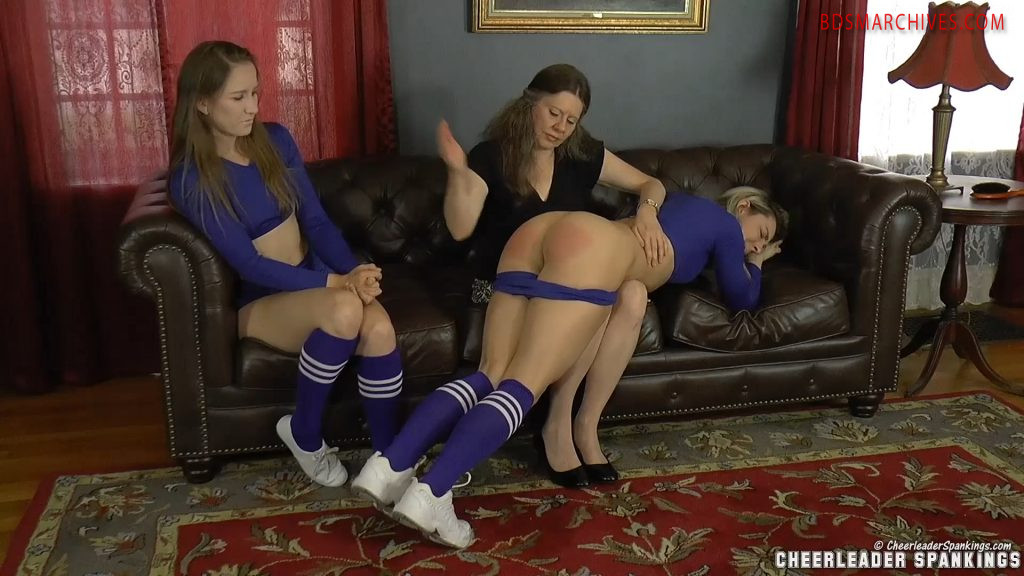 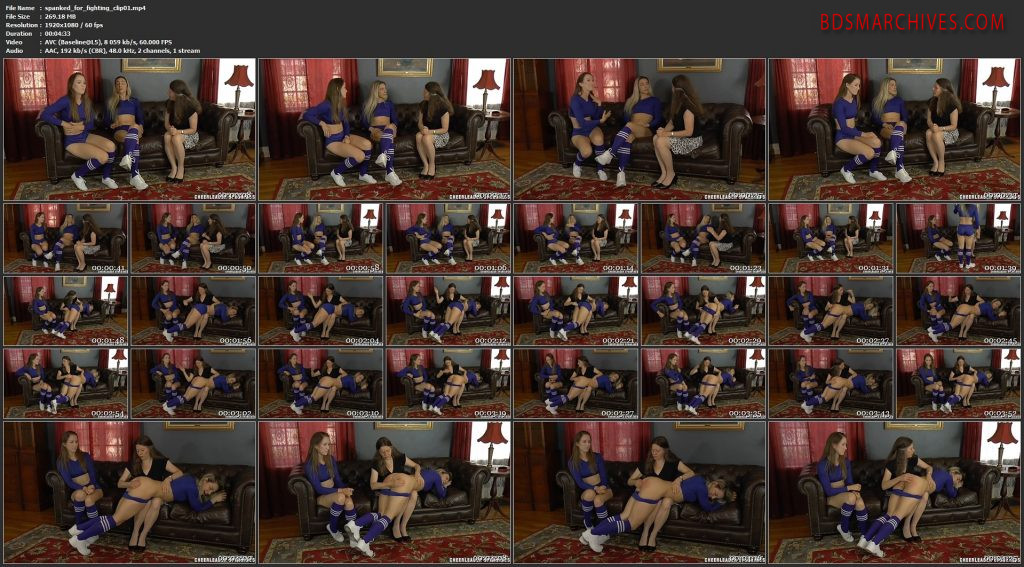 The Swan sisters have been competitive since they can both remember. Both girls are the best athletes in their years at school, the best in every sporting event and they have never had to compete against each other until they represent the school cheer squad. They are supposed to be in a team but they end up fighting even though they are by far the fittest girls in the squad, the coach puts up with their antics. Not the same can be said when mom decides “enough is enough” when they continue to bicker at home and eventually they are told they will both get punished.

The eldest, Lily, is first to go over her mom’s lap as her toned, round cheeks are given a hard hand spanking both over and without the dignity of her tight shorts. You can imagine how embarrassing this is for her to know the younger sis is watching her bottom getting spanked like that. Worse is to come with the wooden hairbrush that is used on Lily’s already sore bottom. She cries out in pain and younger sis, Madison, knows she is next. She takes the same humiliating punishment, crying out in pain just like her eldest sis and they both realize there are no winners in this competition as both girls make up feeling very sorry for themselves.