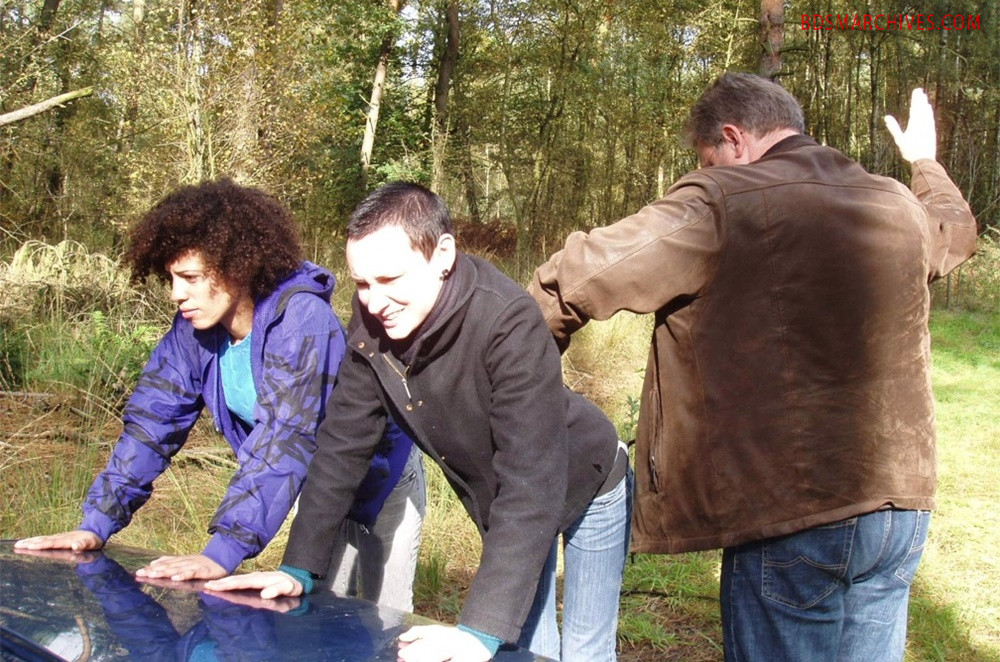 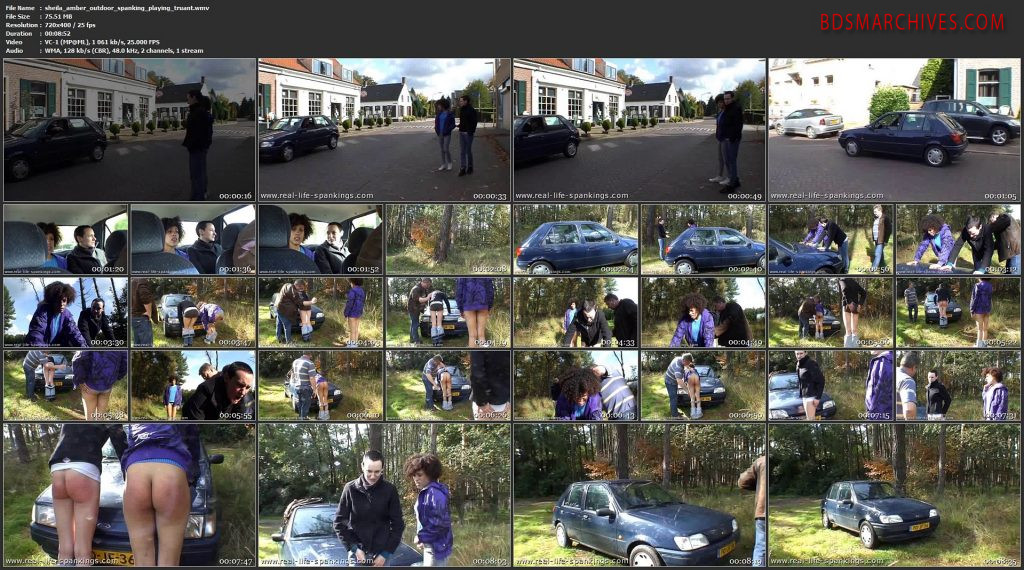 When I was driving home through one of the picturesque little villages nearby I was totally suprised when I saw Sheila and Amber walking by the side of the road. They were supposed to be at work!

I picked the girls up and they confessed that they had taken the day of work telling their boss that they were ill.

Well it was a nice day out, still cold though but the sun was shining, so a perfect oppertunity to take the two little madams out in the woods and give them their spankings in the cool outdoors.

I had them bend over the bonnet of the car and their bottoms got a jolly good spanking.

Afterwards I took them straight back to work.

p.s. Do excuse the bumpy camerawork during the shot in the car but there were lots of annoying speedbumps and Michael almost hit the car roof a few times