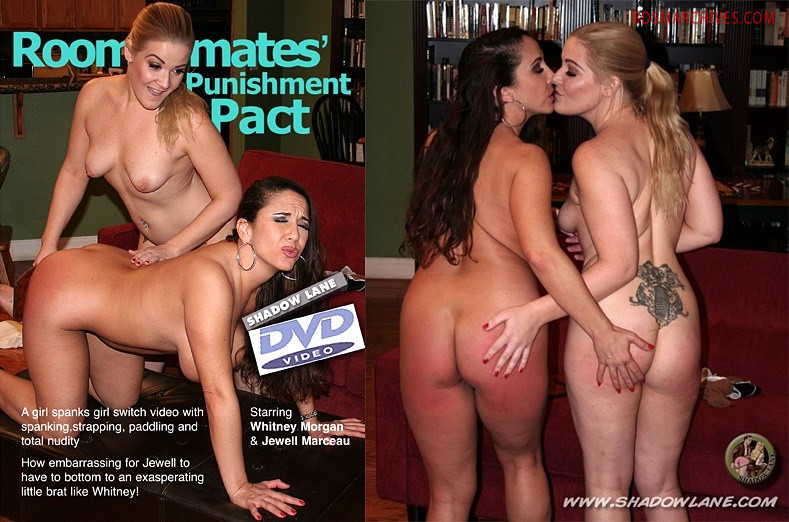 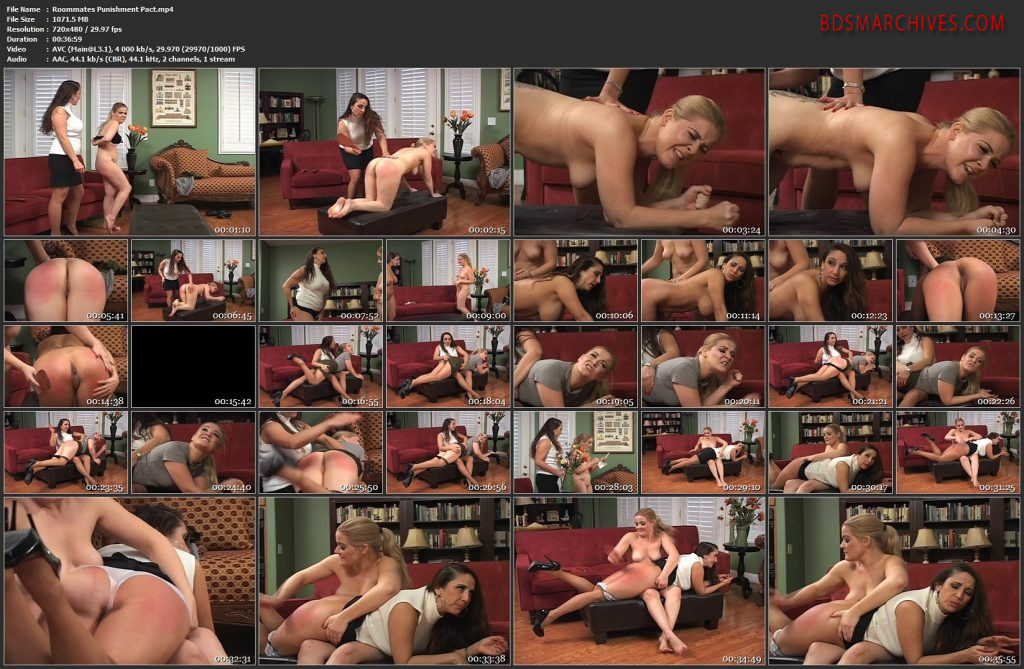 Whitney and Jewell make a pact to prevent each other from taking back the loser boyfriends they both just broke up with. Agreeing to use corporal punishment as a deterrent to straying from their mutual pledge, the roommates feel secure in their resolve to stay away from undeserving men. Whitney is the first to break the pact and come in for a good, hard, over the knee, bare bottomed spanking from Jewell.

Jewell makes Whitney strip off every stitch and bend over for more hand spanking, plus a session with a hairbrush and leather paddle strap. Whitney doesn’t like any part of this firm punishment and protests vehemently throughout, but is ignored by the determined Jewell. Whitney takes what she has coming, but doesn’t hesitate to warn Jewell that her fall is coming. She knows her roommate and promises her the same treatment she herself is receiving, the moment Jewell weakens.

When some flowers are delivered to Jewell, with a note from Jewell’s boyfriend, Whitney is pleased to discover that her roommate has also broken the pact and is now due for a spanking as well. It doesn’t take Whitney very long to reverse the order of top and sub and pull the confused and embarrassed brunette straight over her lap. Whitney doesn’t even pause to put her clothes back on and conducts her entire discipline session over Jewell in the nude! This makes for a darling visual when Jewell is bare bottomed over Whitney’s knee, and Whitney’s cute bare bosom is pretty much resting on Jewell’s hot bottom on and off throughout the spanking.

Next, Whitney compels Jewell to strip naked and assume the same position as she did, on all fours, with her bottom upthrust for additional spanking, strapping and paddling. Whitney enjoys lording it over her superior friend and humbling Jewell through well-applied corporal punishment and trenchant scolding. Only when Jewell has thoroughly learned her lesson and admitted her weakness, is she allowed to stand up and rub the rosy red bottom that has been so firmly disciplined. The girls hug and promise to keep to the pact from now on!