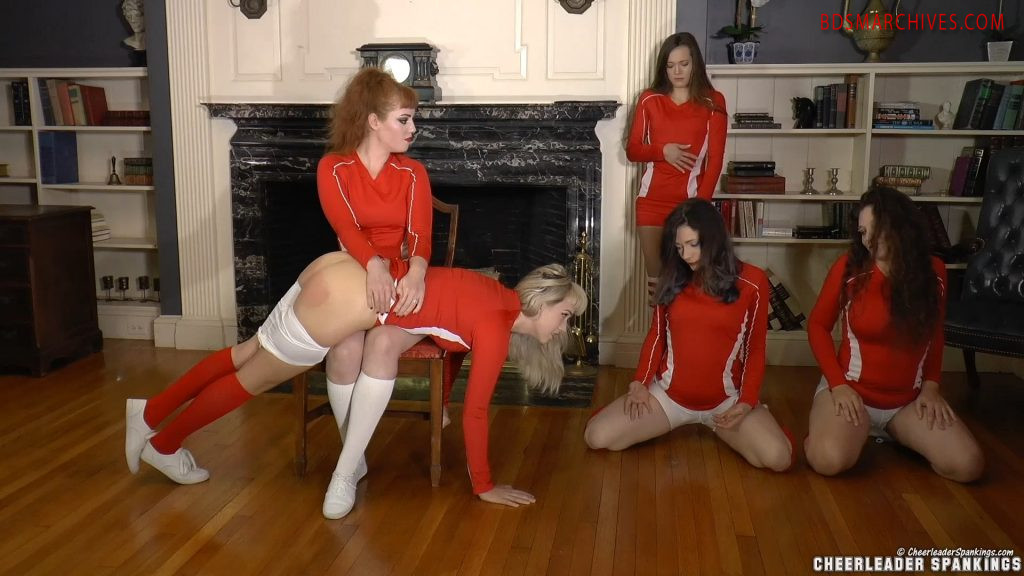 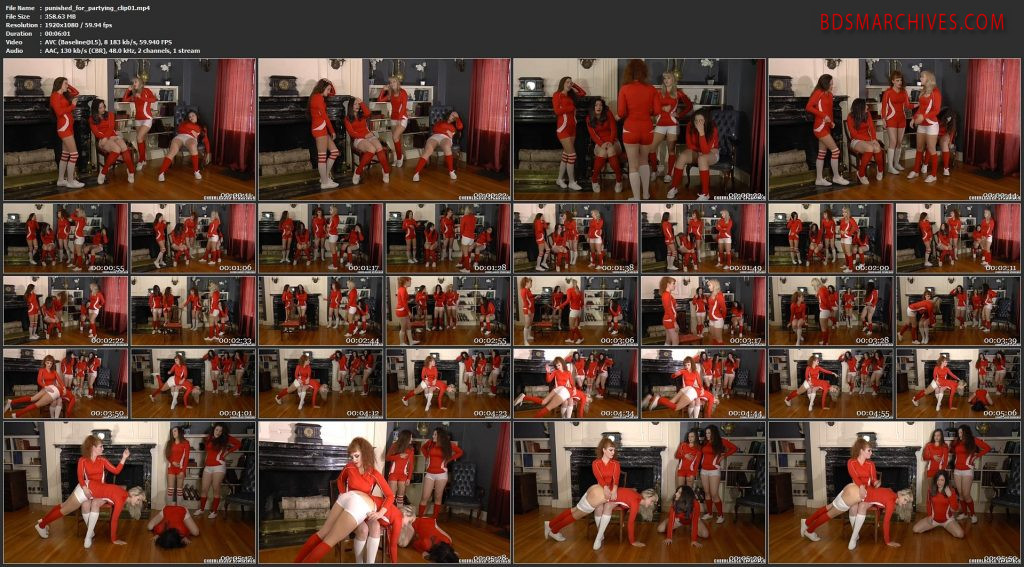 This is the tale of 4 naughty volleyball girls who thought it would be a good idea to go out and party all night after just hours of arriving at their exclusive hideaway retreat. Of course, the whole reason they were there was that their team was invited to participate in a few goodwill matches to set an example. Well, they set an example alright… their coach, Zoe Page, is appalled to find them disheveled and looking worse for wear when she calls them in for their morning meeting! It was obvious the girls had hardly slept and had been partaking of one too many adult beverages whilst out partying! Zoe is particularly unimpressed with Dacey, the team captain… for those that wear the red shorts should show responsibility and it was clear this tired captain had none remaining! Coach shouts at the girls loudly and punishes them in her own unique and humiliating way. First, Cara takes her place over Zoe’s lap as she spanks her hard on her tight shorts and bare bottom in front of the girls. Ten and Anna incur Zoe’s wrath for talking in line and have to watch whilst in an uncomfortable position on the floor, losing their privilege to stand up. Ten is next for the same spanking treatment, then Anna and finally the team captain, Dacey. She takes the longest hand spanking of the girls and her bottom is looking swollen, sore, and as red as her shorts. The girls think it is then all over but coach Zoe has one final demeaning punishment in mind as she asks the girls to pair up as “Paddle Buddies”. Cara and Ten are first, bent over side by side as the other girls look on horrified seeing the heavy leather paddle being used swiftly and mercilessly! Dacey and Anna, receive their paddling afterward and by now it is obvious the girls are learning a valuable, painful lesson. Zoe tells them that the team matches will be canceled so these foolish girls can recover and new plans can be made. In the meantime, the girls are left to stand facing the wall for an hour, bottoms on full display, whilst their coach remedies this embarrassing situation and explains why the games will have to be rescheduled. 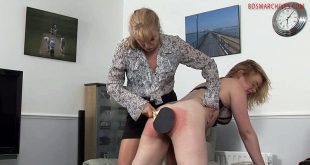