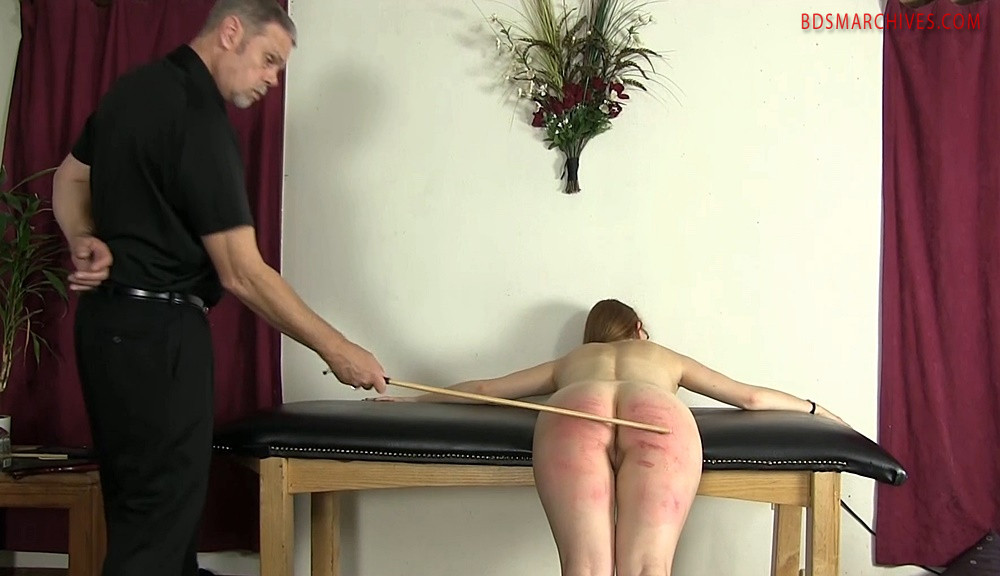 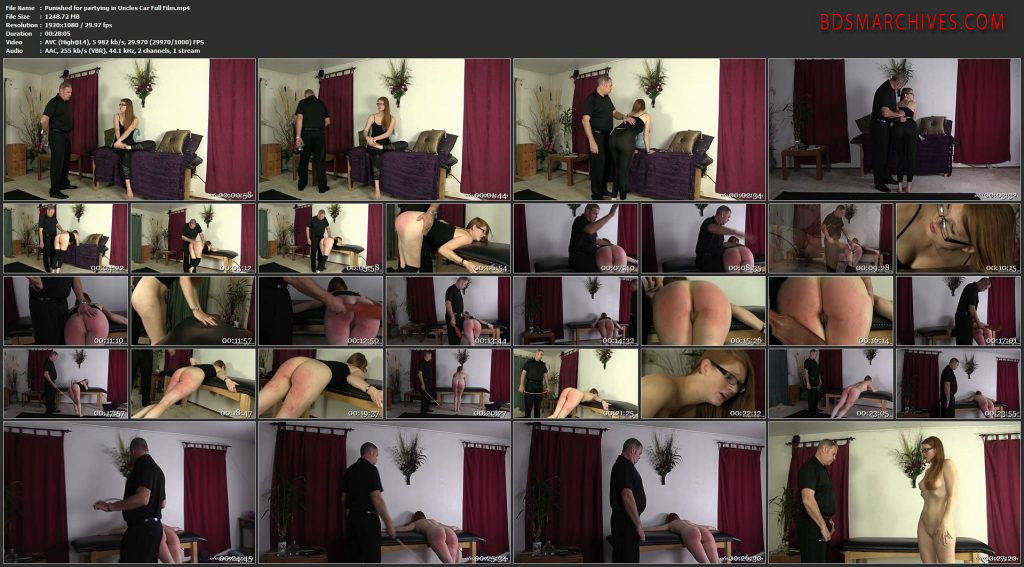 This is the full movie… Our bratty niece, Lavender, is lounging around texting when her Uncle comes in and starts to interrogate her about last night when she borrowed his car. He produces an empty bottle of Tequila, two cigarette butts and a pack of smokes, and states that he found them in his car when he went out that morning. Lavender proceeds to spin a web of lies to try and get out of admitting she did anything wrong, but her Uncle isn’t buying any of it. He stands her up and bends her over and starts spanking her butt that is covered in only a thin, semi see through pair of leggings. But lavender carries on with her fabricating a story, and soon enough, her Uncle yanks down her leggings and resumes his spanking on her bare ass, which is already starting to get red. Her Uncle is clearly getting more frustrated with her refusal to admit she has done anything wrong, so he angrily clears the bench that she was sitting on and forces her to bend over it with her arms outstretched and her butt sticking out. He resumes his spanking with some very hard swats, making Lavender squeal and wiggle with each stinging smack. But she seems determined to stick to her story, which only serves to earn her a long, hard punishment that soon turns both her cheeks a very deep, bright red. Her Uncle marches off and now returns with a couple of paddles. Making her bend over the bench again, he picks up a thick, heavy leather paddle and begins swatting her ass with it very hard, making her yelp and moan again. However, despite the hard whacks, Lavender keeps fabricating her story, claiming her friends are to blame and earning a long, hard paddling in the process as its clear that her Uncle isn’t going to stop the beating until she tells him the truth. Her butt is raised high in the air, making a splendid target for his thick leather paddle, and exposing her tight, shaved pussy. Both cheeks are showing some distinct bruises and marks from all the whacks, but the swats keep coming down, and she admits she won’t be able to sit down for a few days after this. When her Uncle starts whacking the backs of her thighs with the paddle, she finally starts to buckle and admit she did go out to a party, but claims to have had only one drink. Her Uncle points out that the whole bottle was left in the car, and continues with his punishment until he has finally had enough and goes off to fetch his canes, leaving poor Lavender to plead how sorry she is again. He makes her bend over the bench again and assume the position. He begins the caning with firm, hard strokes, each one leaving a fresh new welt and line on her poor ass. After a good many strokes, she finally admits she was drinking the tequila and smoking in his car. Her Uncle stands her up, makes her strip completely naked and then tells her she is going to get a final 12 strokes of his thickest cane as punishment. Lavender protests and whines that she has had enough, but he doesn’t listen makes her bend over the bench again. He delivers these last strokes as true punishment ones, each leaving a fresh new welt and making Lavender really struggle to take the pain from each lash. The strokes are very hard, she whimpers and gasps, and messes up the count several times. Close-ups reveal strong welts across both cheeks, with her shaved pussy peeking out between her thighs. Eventually the last one is delivered, and poor Lavender stands and pouts as her Uncle instructs her to pick up the bottle and cigarettes and then sends her to her room…