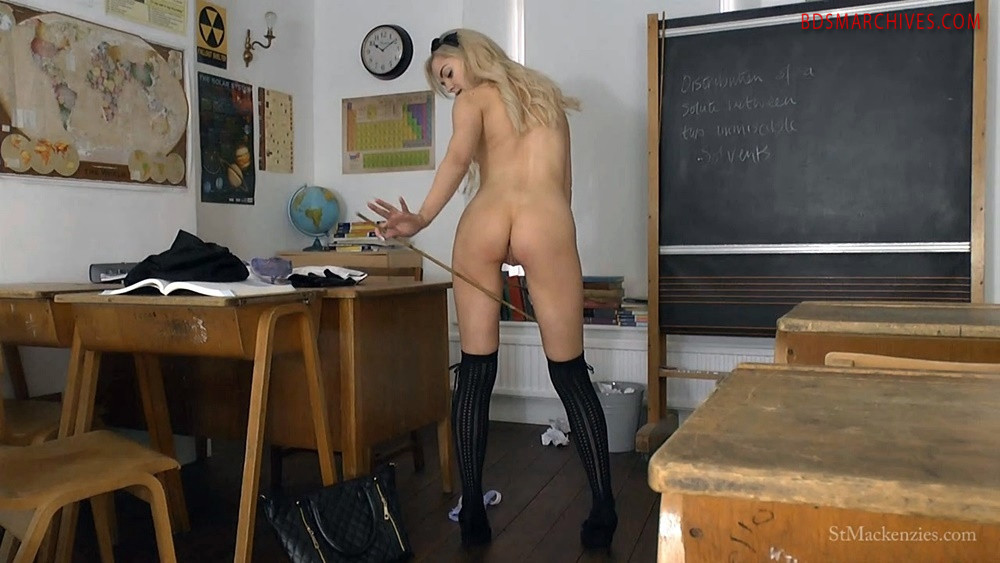 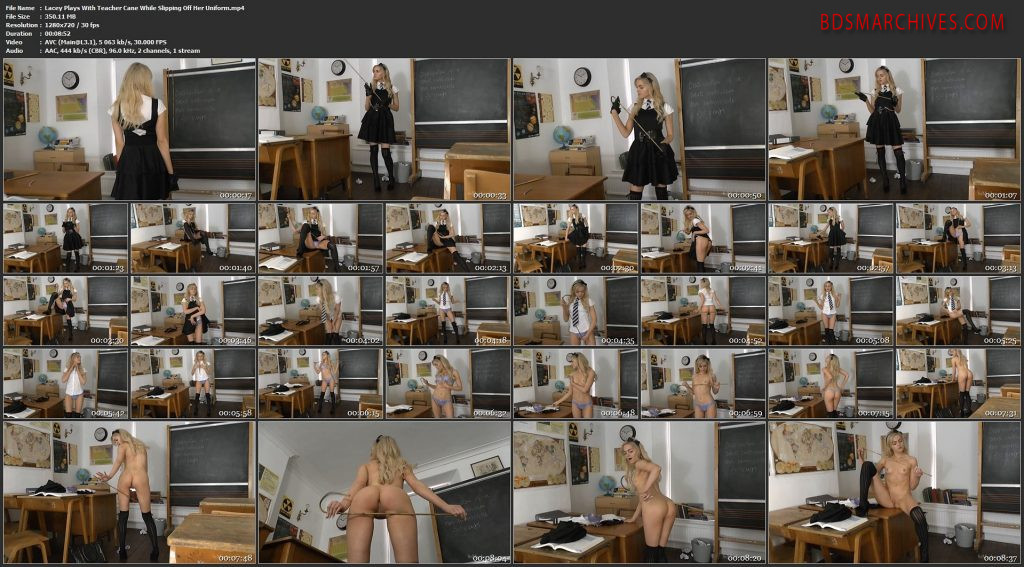 Lacey has been left alone in her lesson but she is not concentrating, so she goes to the front of the class and it is there she spots the teachers cane. Lacey has often wondered what it would feel like to feel the cane hard against her round bottom so she picks it up and runs it through her fingers. It is smooth yet bobbly and she can imagine how much it would hurt to be thrashed by one. She starts to slip off her uniform, pausing to play with the cane and letting it move over her body, even swishing it to hear the scary noise it makes as it whips through the air. Soon she is in just her lingerie and she is eager to give herself a few gentle taps on the bottom, and it feels nice! Lacey slips off her lingerie leaving her in just her socks and heels and she brings the cane to her bare bottom pulling it against her cheeks so it squishes over her perky ass.