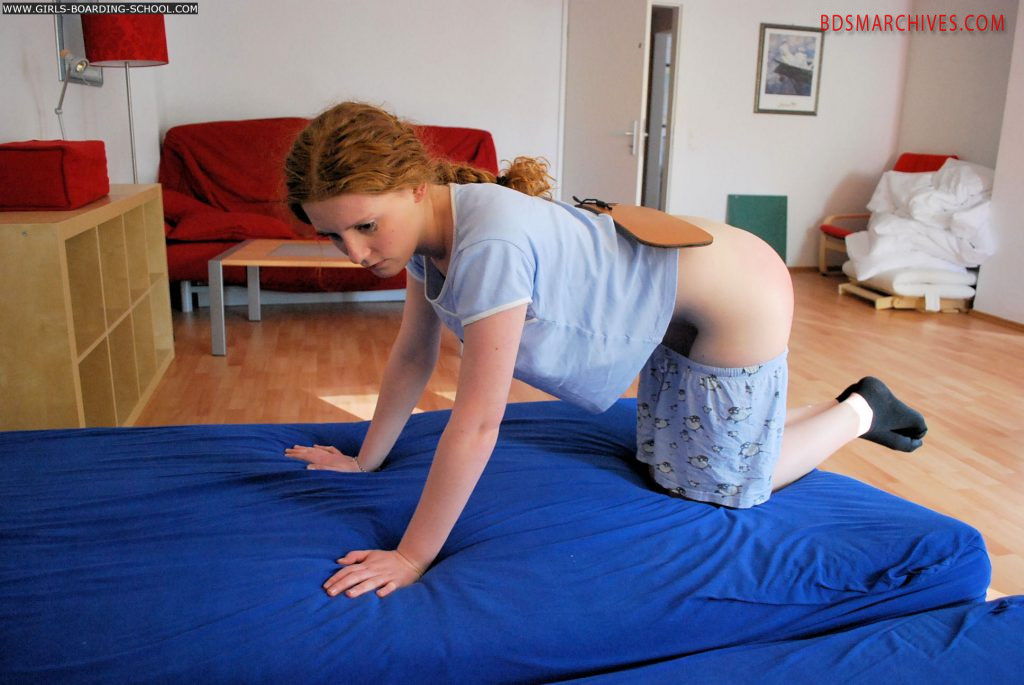 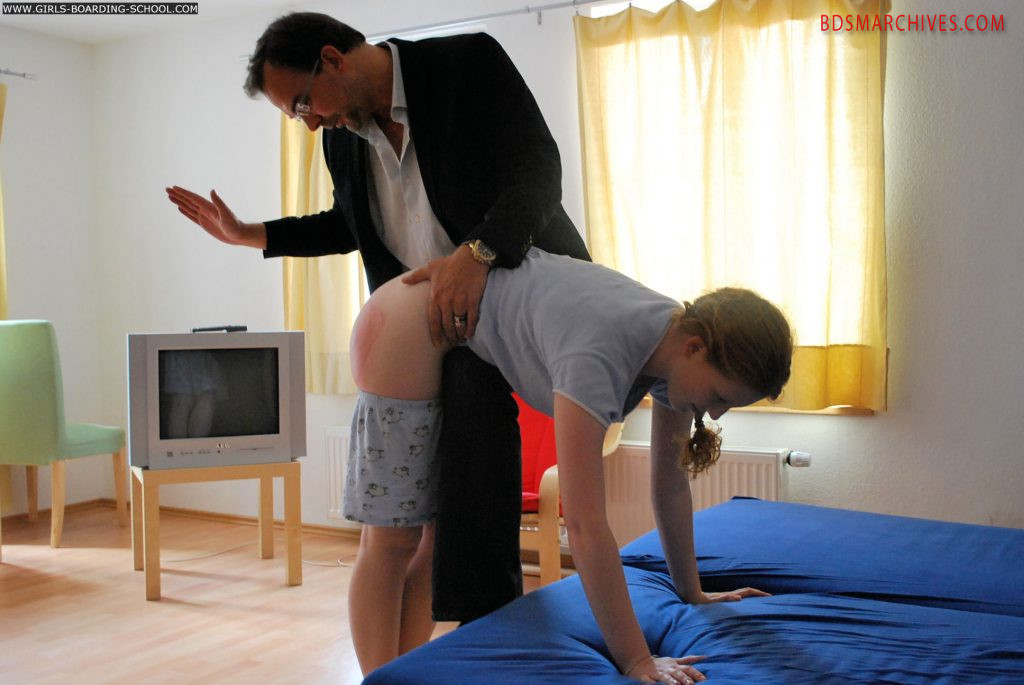 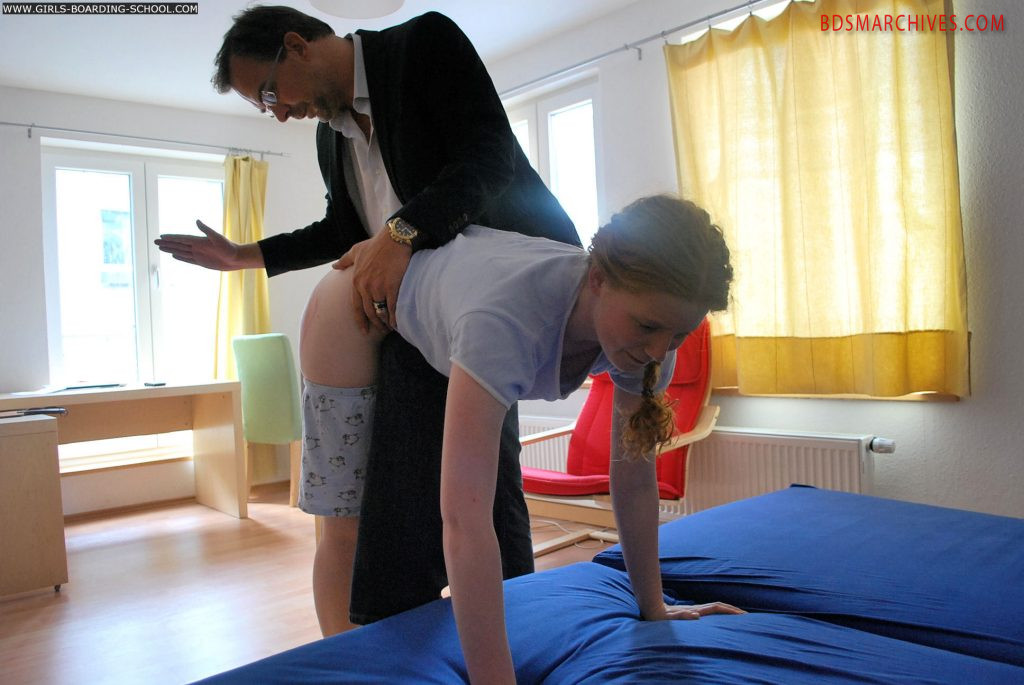 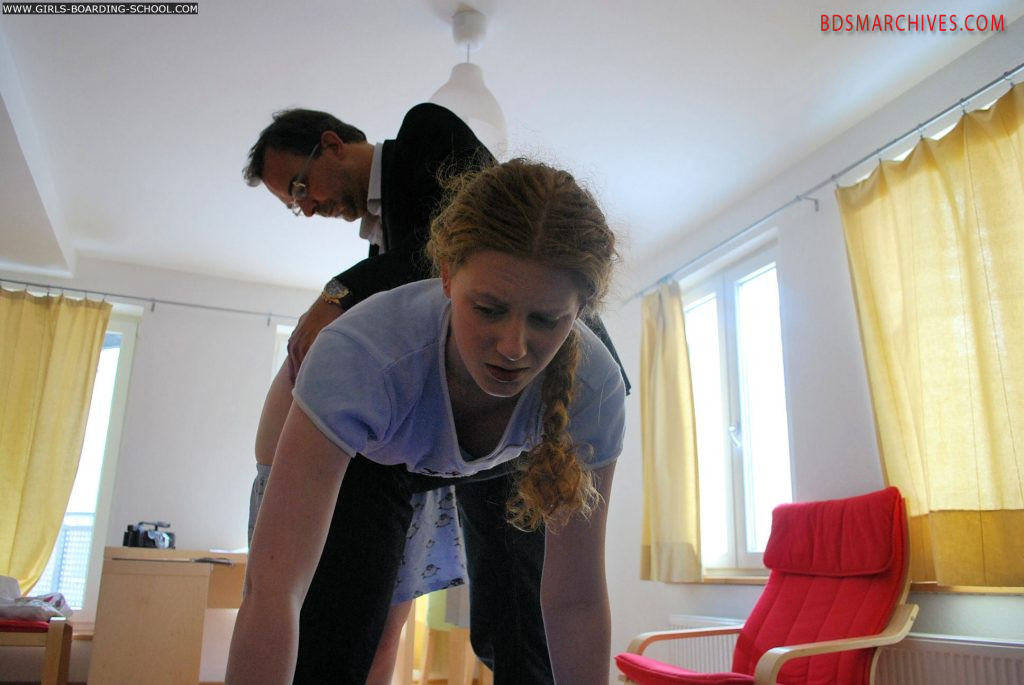 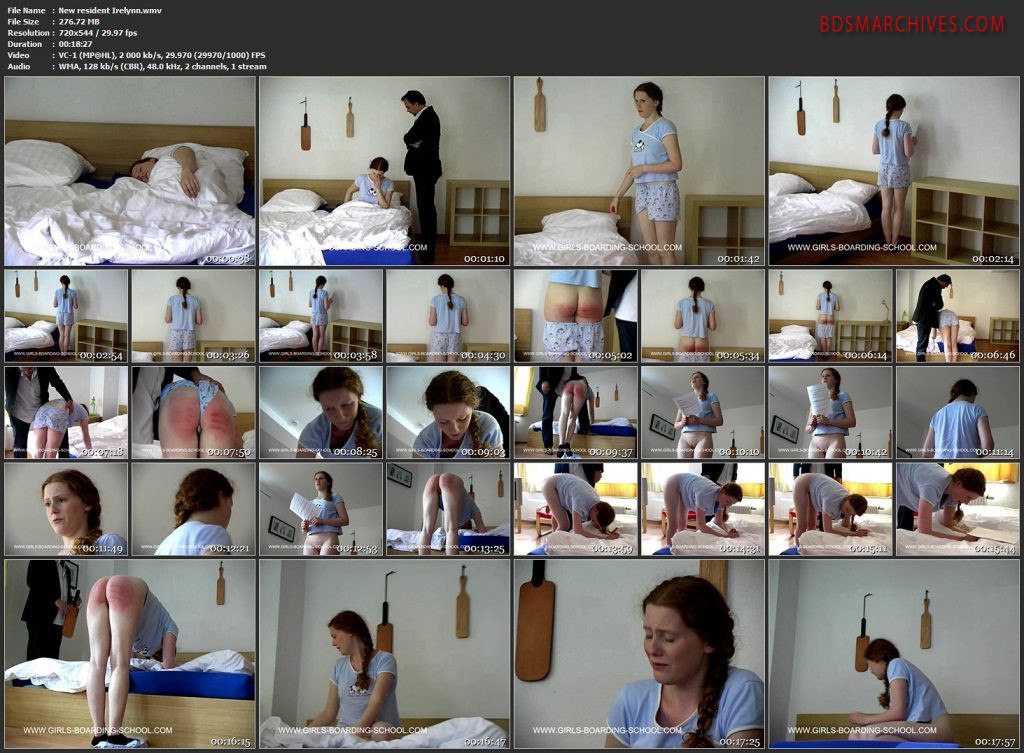 ‘Irelynn wake up it’s Sunday morning.’ Headmaster Tom has entered her room and he’s there for a purpose. He’s come to see if she has anything to report to him. She has been at Girls Boarding School for a week – surely she should have nothing to report. However, she has written the report up and she starts to read it to him. She was late for gym on Monday. He tells her that is not too serious – in fact she’d have got off with a warning – but more was to come. Wearing inappropriate clothing one day. Eating chocolate in bed. One of the house rules at GBS – beds are for sleeping in and only for sleeping in – not eating or drinking, not for watching TV and not for studying on. When she tells him how she threw a book after a teacher, he is not at all impressed with her. And finally, she accidentally lost her key. All that in a week. She must be punished, so it won’t happen again. Putting her over his knee he gives her a hard hand spanking. That is only the beginning of her ordeal. She is asked to make an immediate decision – wooden or leather paddle? She chooses leather. So he brings the leather paddle down from its hook on the wall above her bed. Bending over the end of the bed, with her face in the mattress, her poor sore red bottom is made even more red and sore as the leather paddle makes contact with it. She then has to apologise for each broken rule and promise not to do it again. Still determined to really make her suffer, he strips her bedding off the bed. Now she must stay in bed for the next twelve hours. No going to the toilet, or eating. If there is an emergency she must call him. All she can do to pass the next twelve hours is to sleep.