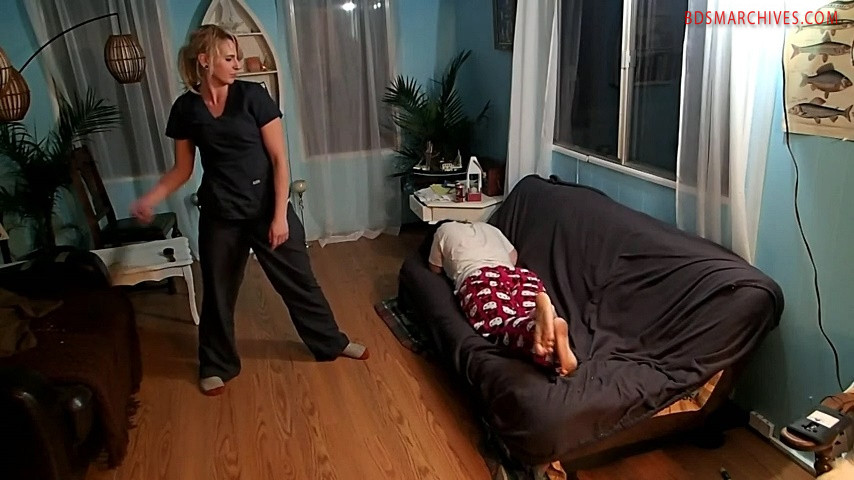 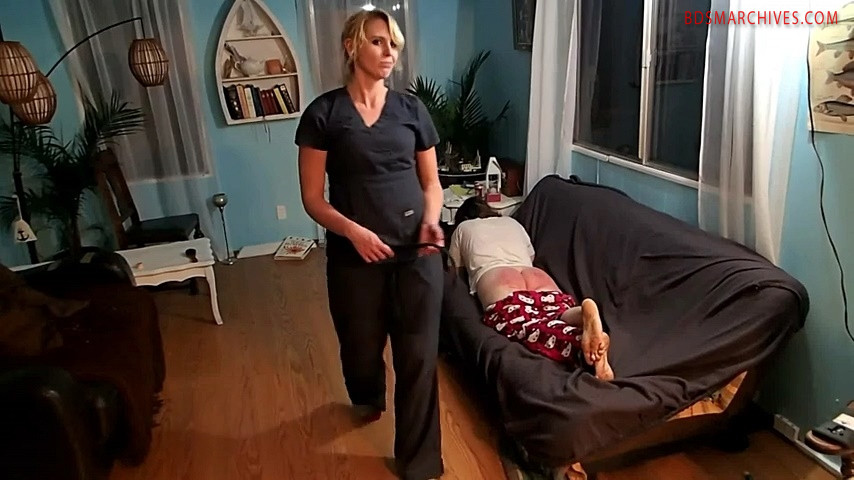 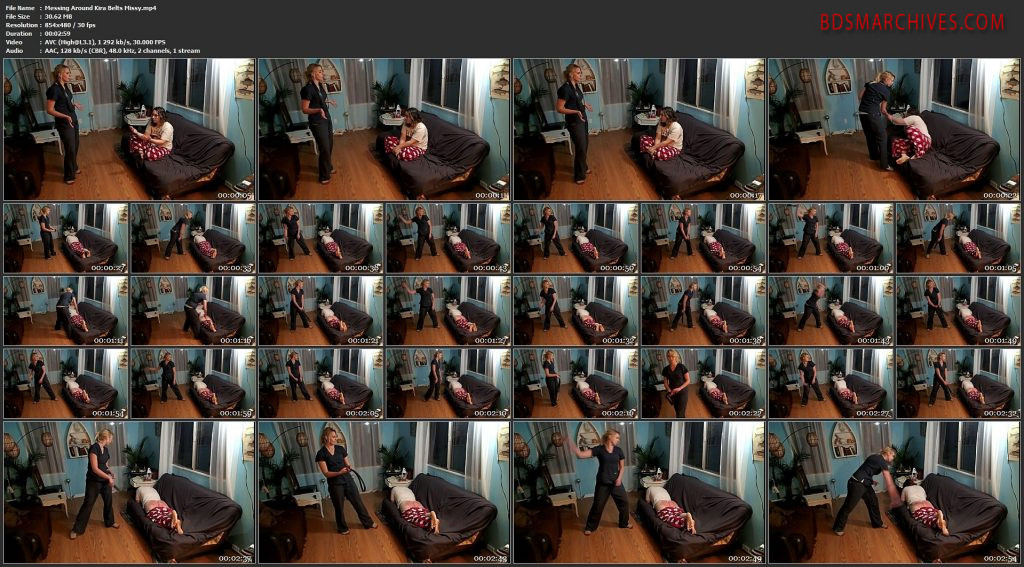 Kira is still resentful as she was being kept in the dark; having to find out her girlfriend has been secretly spending the nights with their roommate. Kira`s anger has built up and boils over; she takes the belt to Missy. Determined that Missy will learn her lesson, Kira administers the punishment over her PJ bottom as a short warm up- then a SEVERE belting on Missy’s bare ass until she cries to make it stop and is pleading for forgiveness.