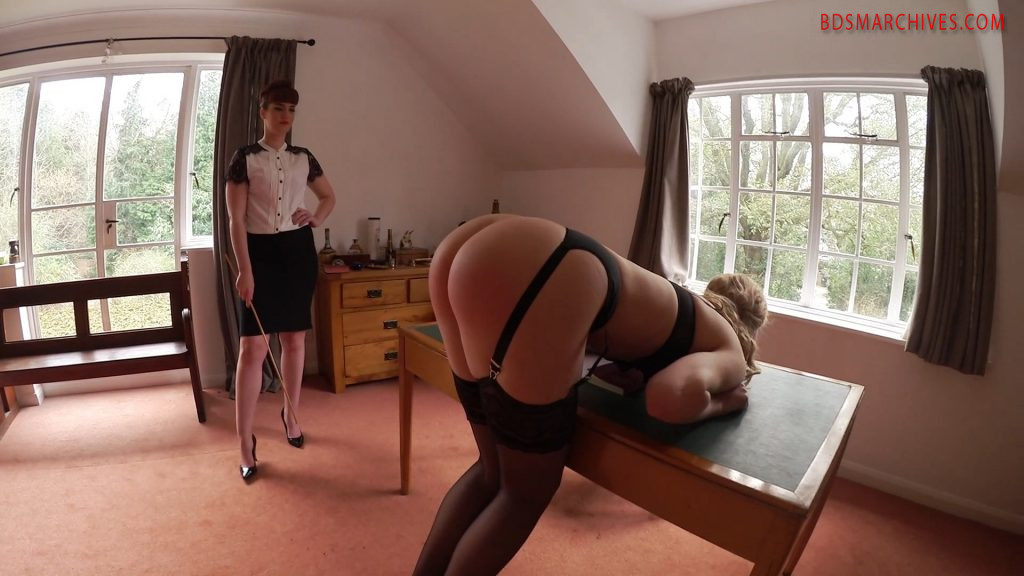 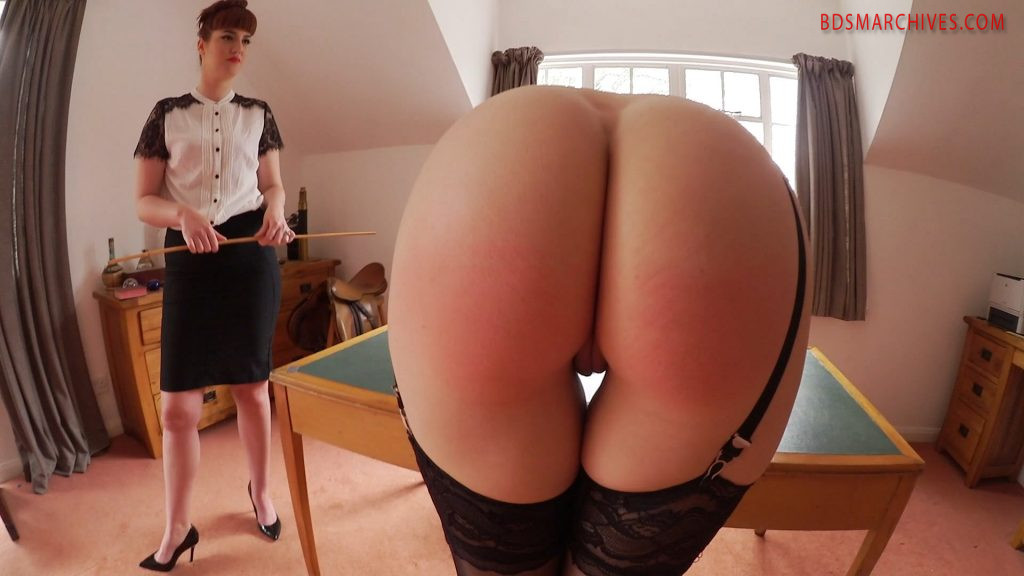 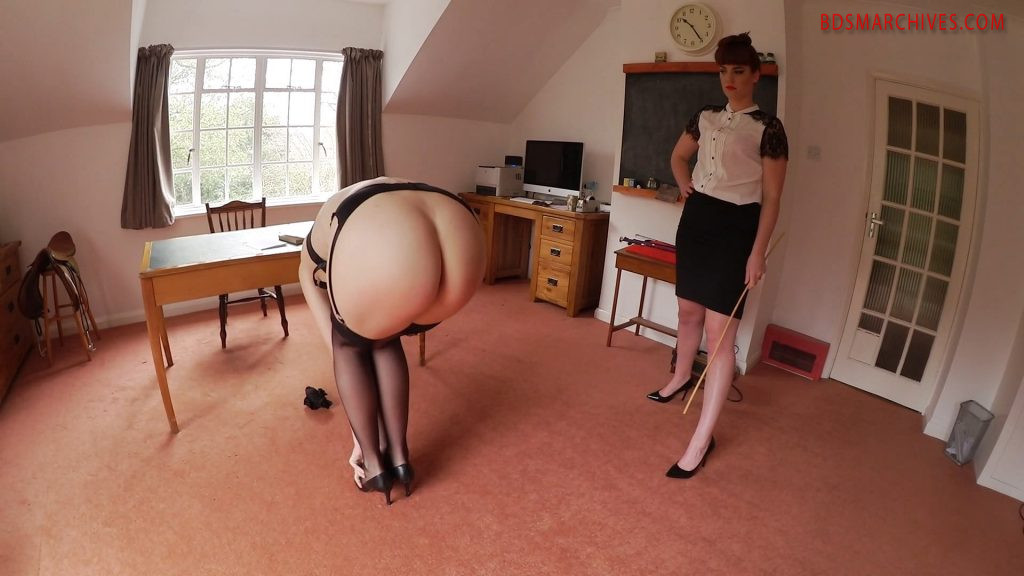 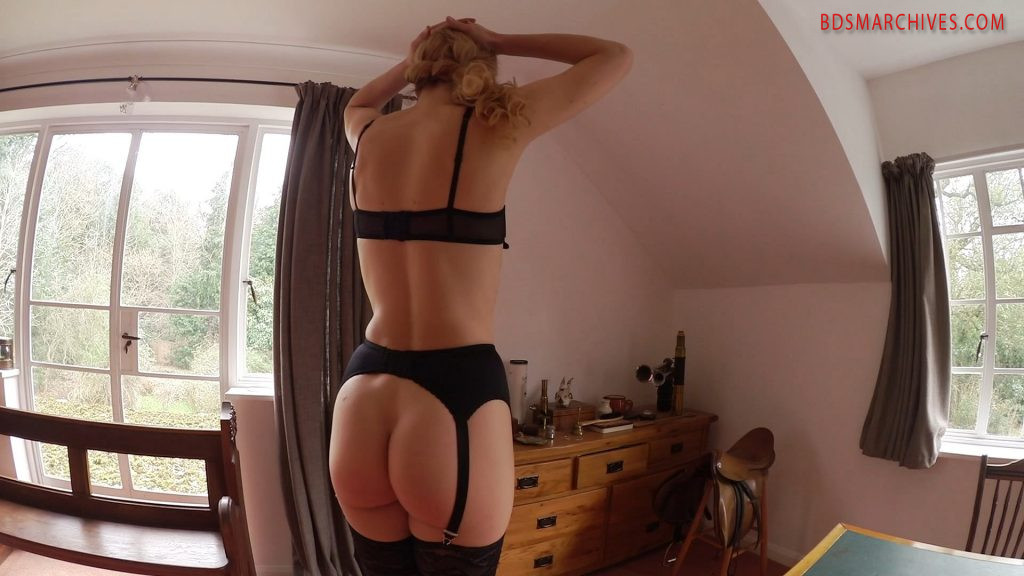 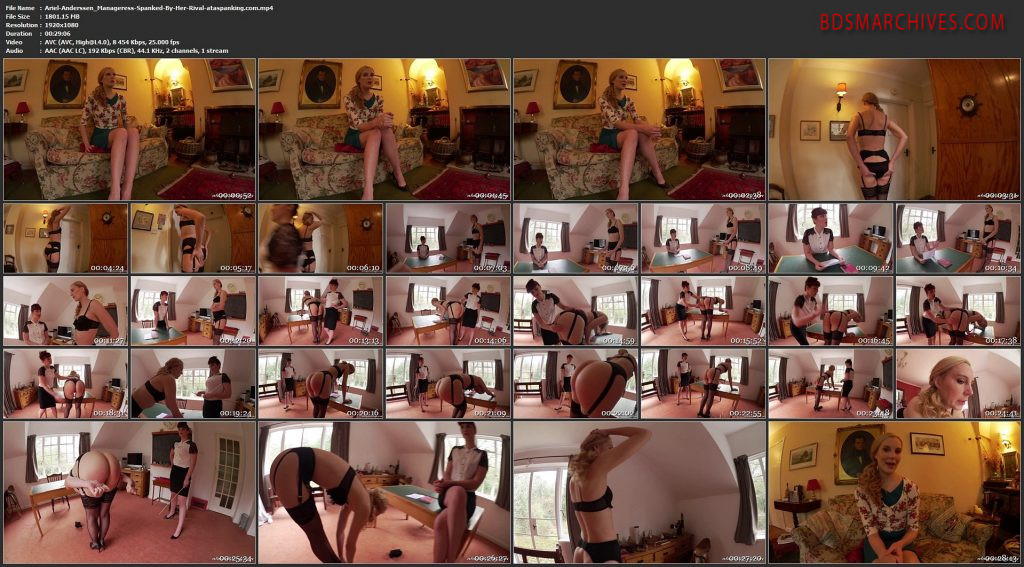 Following on from my Manageress Spanked Hard movie, this film continues the story. I’ve been disciplined already for bitching on Facebook about my rival, Vanessa, having been unfairly promoted. But I’ve been called in again, because they neglected to cane me and now mean to rectify that mistake. After waiting nervously outside the punishment room, dressed only in my silk lingerie and feeling so vulnerable, finally the door opens. But horror of horrors, it’s Vanessa herself who’ll be conducting the punishment this time! And she means to make it every bit as bad as possible – spanking me, pulling my silk panties down, and finally caning me without mercy, whilst clearly reveling in her power over me…