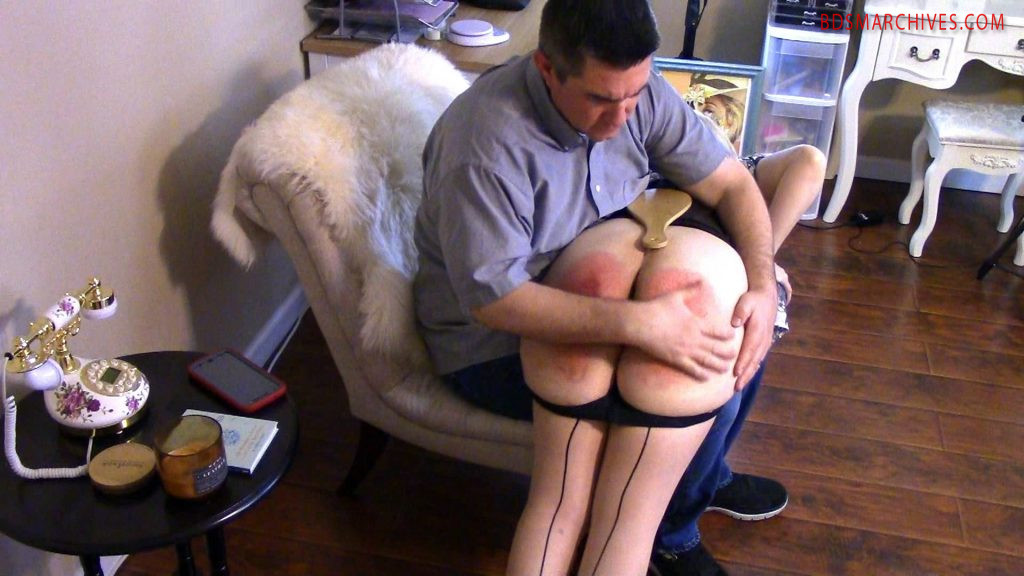 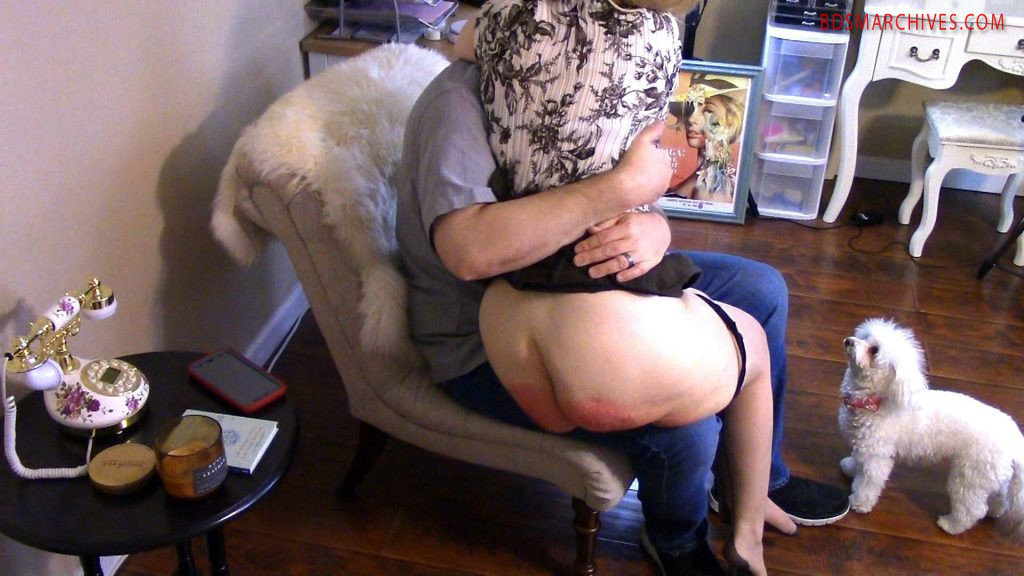 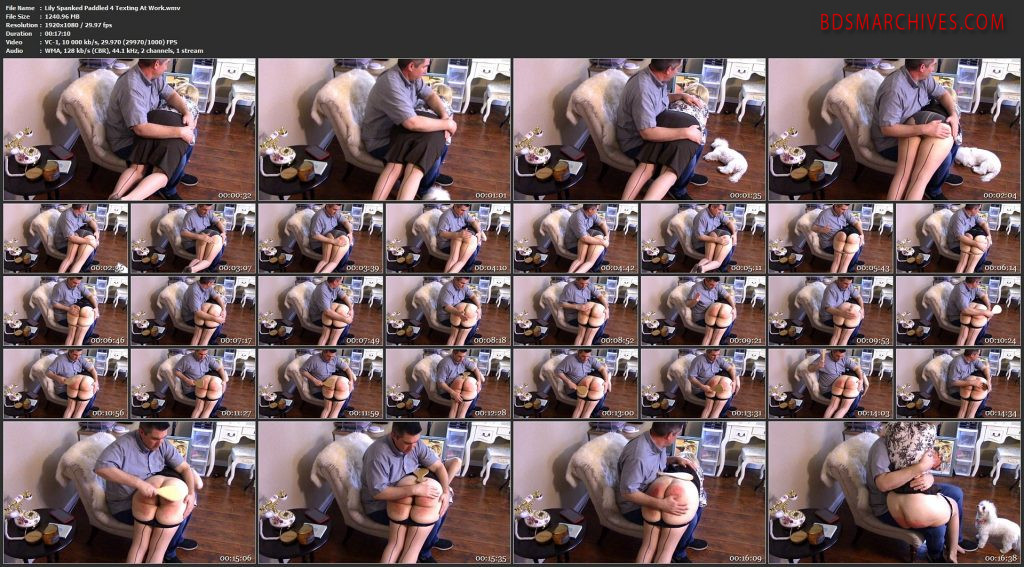 Lily has been used to the freedom and flexible schedule of self employment, so when she and her husband/Daddy Dom Robert agreed that she would take a traditional office job to help out more with household finances, he was concerned that her work ethic may be a bit undisciplined. He talked to her about some issues he feared may arise that could jeopardize her job, one of which was playing on her phone and texting on company time. She promised to be good, but today when she was at work, she seemed to have forgotten about that, Robert was not happy to see texts from her coming in all day. He reminded her and let her know that she was in for a hard spanking when she got home. Lily is still wearing her pencil skirt and blouse from work when her husband immediately calls her into the bedroom where he is sitting in an armless chair, and pulls her across his lap for a discussion. Lily doesn’t have much of a defense, as he has the proof with timestamps right there on his phone. She tries to talk her way out of being punished, but Robert isn’t having it, and soon slides her skirt up to reveal her bottom clad in silky lace trimmed black panties and pantyhose. He spanks and scolds her first with his heavy hand, turning her bottom red, first lowering her pantyhose, then baring her bottom. But he’s not done yet, he promised her a good paddling, not just a hand spanking. Lily begs him not to use the wooden paddle because it hurts so much, to no avail, he wants to be sure she doesn’t forget this time! Her round bottom is already red and sore, and now the paddle deepens the shade, leaving painful welts and dark red bruises, and intensifies her kicking and crying over her husband’s knees. When he is satisfied that a sufficient impression has been made, he rubs her bottom, and pulls Lily upright on his lap for a sorely needed comforting hug and kiss. Great no nonsense DD scene between a real life husband and wife! This is the bottom cam version of this scene, presented in the highest quality/largest HD format available. You will be able to view the full spanking from an angle focused on Lily’s bottom as it goes from white to deeply marked and she squirms, kicks etc. A face cam only version will be released soon, offering an alternate front angle which shows all of her facial reactions to the punishment she receives for those who most enjoy the reactions. The full version with both angles included will also be made available soon for those who want to see both! 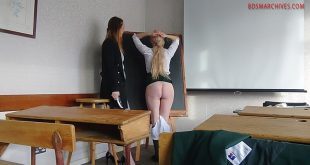