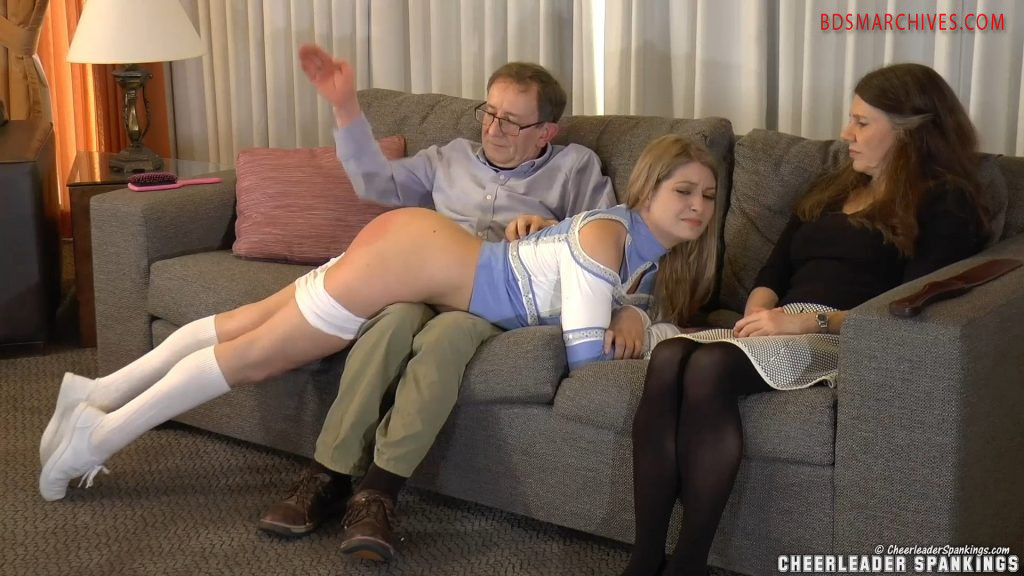 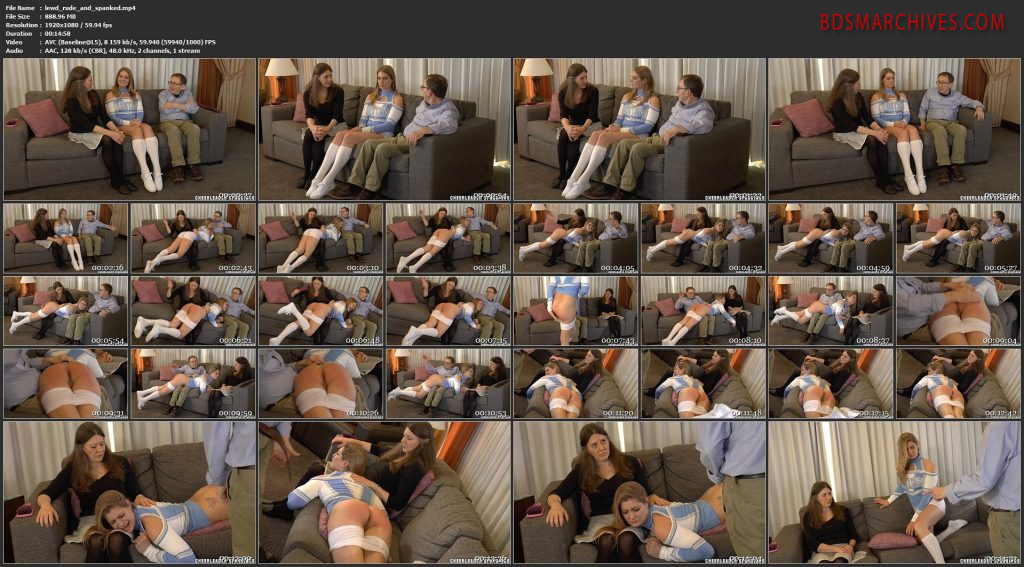 Veronica’s parents are discussing the phone call they had just received prior to her return home from cheer practice. It would seem their girl has a lot of explaining to do after her coach picked up her phone and discovered filthy, lewd images of herself. Rude selfies that she had been possibly sexting to Lord knows who. She arrives home, bubbly and happy after a great practice but is soon confronted with her parents’ questions over the naked images she had been taking on her phone. They are both in agreement that she needs to be disciplined the old fashioned way with a spanking by them both. Veronica knows how this works and no amount of protesting is going to stop it from happening. She is spanked over mom’s lap and despite struggling, her tight shorts are pulled down to give her bare bottom the spanking it deserves. There is also a hairbrush waiting for this young madam’s cheeks, which she hates and her reactions prove this as the painful implement smacks her bottom hard. Daddy is next, he spanks her over his lap as mother watches and scolds Veronica but the punishment is far from over. The Family Strap is used as she is placed lying down on the couch, her bottom a ripe, inviting target for daddy’s leather strap to lick her quivering, red bottom multiple times. Afterward, she is sent to her room in shame, without her phone, and grounded for the rest of the week!