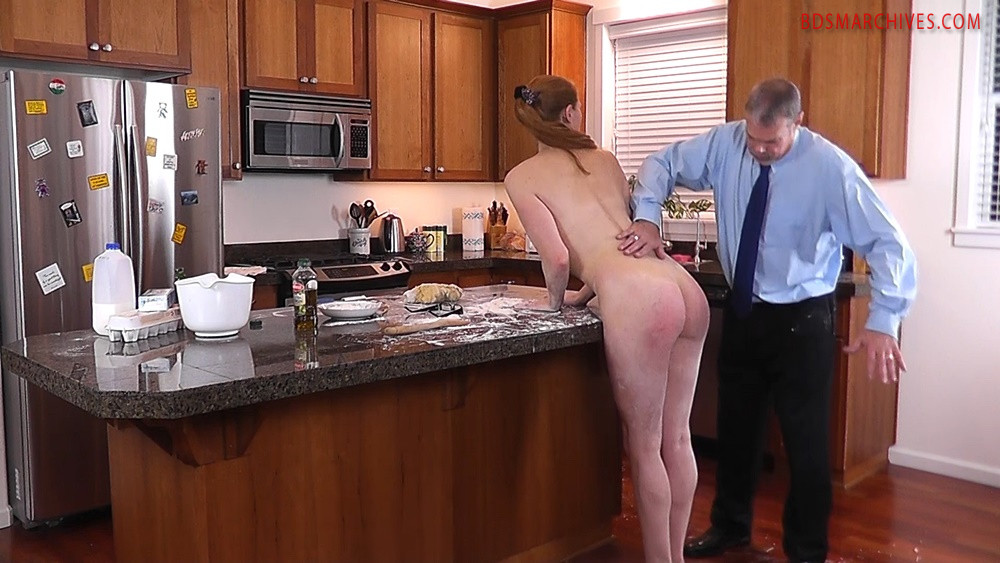 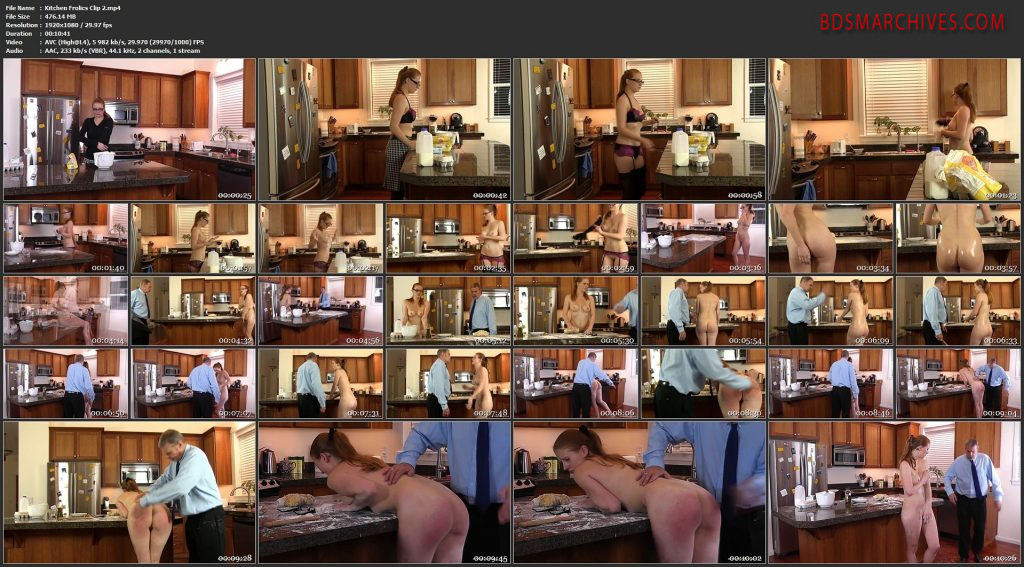 Lavender Naughty redhead, is up to her naughty tricks again. This time she is making a huge mess in the kitchen, supposedly baking some bread. Instead, she strips off her clothes bit by bit, and then when she is naked, she pours oil over her breasts and proceeds to coat them in the flour, making a huge mess on the floor and counter. After more playing around, she pours oil on her bare ass and sits in the flour, laughing at how she is going to feed it to the household. Her Uncle comes home and is very cross at the mess she has made. He takes off his jacket and immediately starts to spank her over the counter very hard, making her ass start to glow red even through the coating of white flour ! Her feeble excuses only serve to make her Uncle even more angry and he smacks her ass harder, nearly slipping on the floor as he does so…