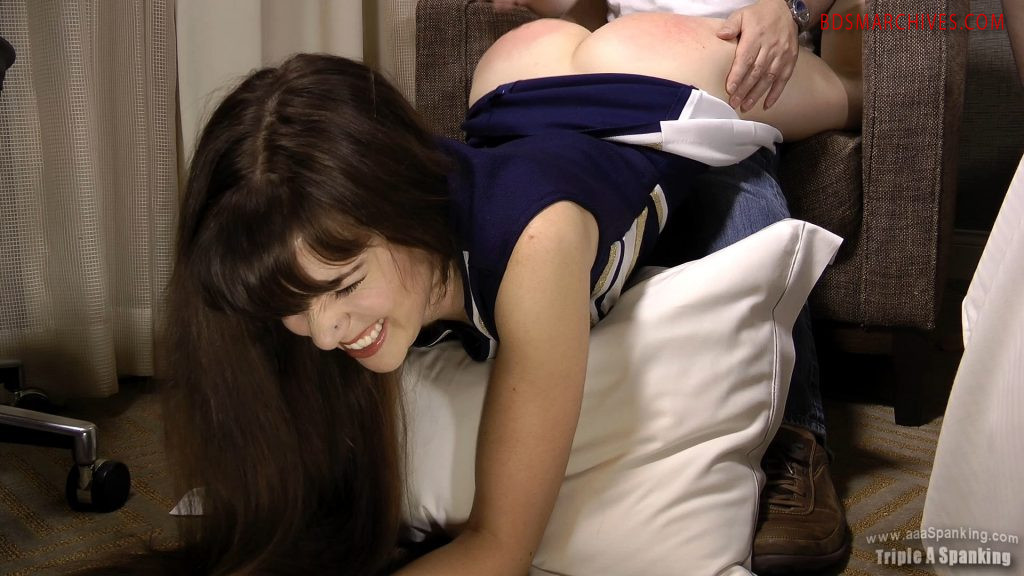 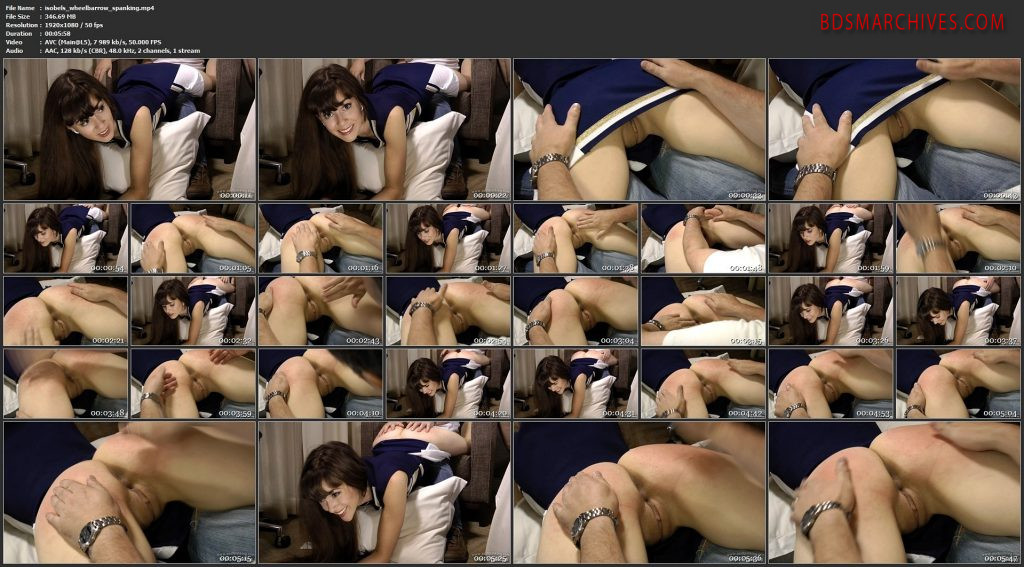 Isobel knew about the “Wheelbarrow Club” and had seen some videos so had some idea of what this special membership meant! She was a little nervous at being in such a submissive and revealing position… which she confirmed how it felt like being unable to anticipate or imagine her spankings and how she must look from the rear angle. This, as we have always said, is part of the attraction and why we do this position so well as we “get it” and pass that knowledge on to our ladies. Isobel was naturally submissive and this was one to tick off her “Bucket List” having never done anything quite like this before. After we ensured that Isobel was comfortably positioned, her spanking began, lightly at first, gauging how she would respond with the rushing to her head. Then her spankings got harder and more stinging as her pert bottom was open to having her vulnerable “sit spots” spanked and turned red in front of our eyes for the very first time. She got what she wanted, more new headspace sensations as her bottom was spanked, caressed and played with. Welcome Isobel, to the Triple A Wheelbarrow Club.