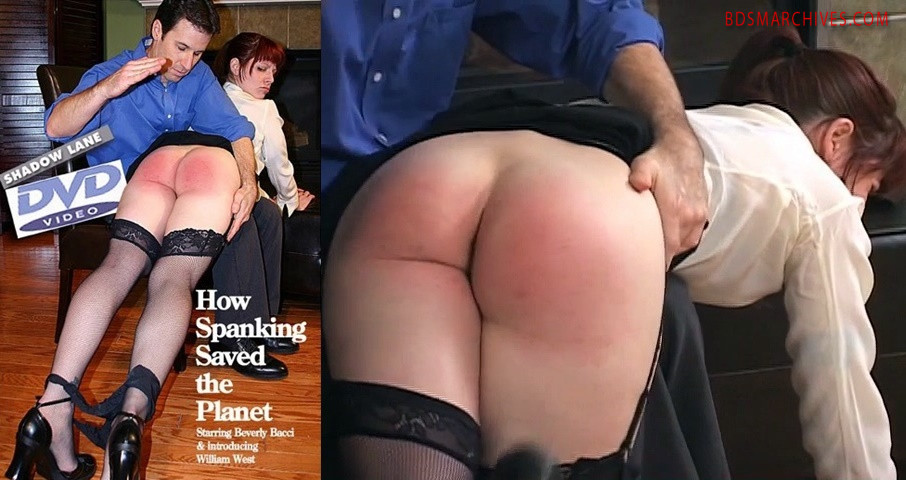 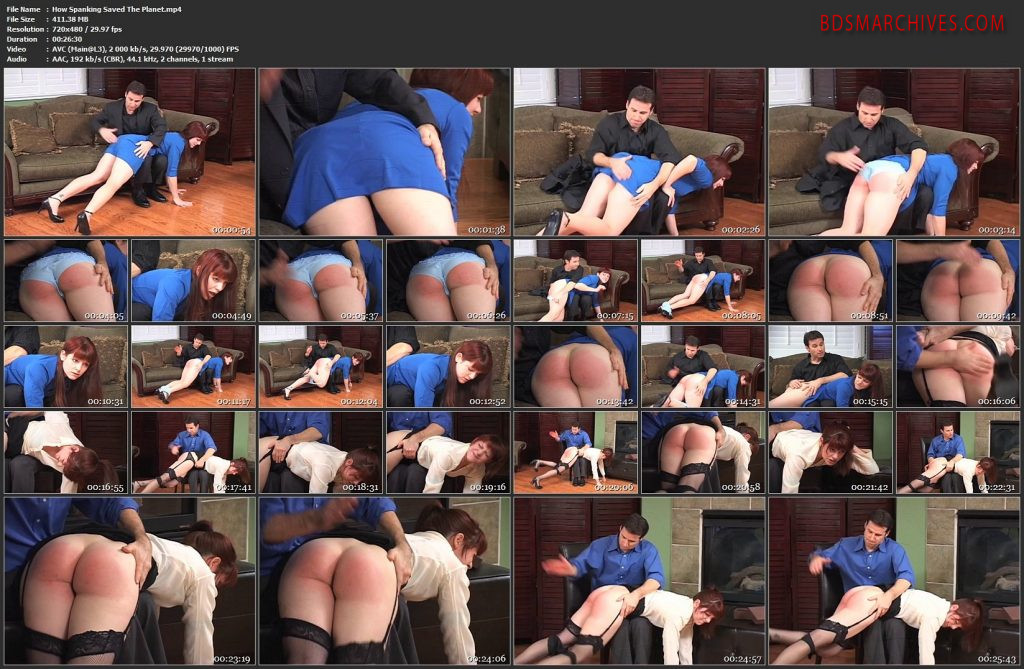 An ecological battle of the sexes starring Beverly Bacci and introducing William West.

Will agrees to his girlfriend Bree moving in with him to save expenses, provided that she help him run a completely green house, which means not wasting energy. Bree agrees to obey her lover’s sensible wishes, but really doesn’t take Will’s mania for conservation seriously and continues to not turn off unnecessary lights and let the water with reckless abandon, which results in soaring utilities bills, just one month after her moving in.

Remembering Bree’s off-hand promise that he might spank her if she didn’t comply with his wishes, the sober Will takes his frivolous sweetheart over his knee and impresses on her the gravity of an earth in the balance by applying the palm of his hand to her skirt, pantied backside and bare behind in succession. Stunned, stinging, sore and rosy-red, the temporarily chastened Bree agrees to abide by Will’s rules in the future. (Then doesn’t.)

After losing her job at the auto dealership, Bree searches for new employment in a desultory fashion, demonstrates a lazy unwillingness to pitch in at home to help them save money and goes shopping for new shoes. When challenged by Will to help save on household expenses by doing a number of simple jobs around the house herself, Bree refuses to do anything that might result in a broken nail or cut into her work out time with her personal trainer. (She does magnanimously offer to lick his postage stamps.)

Fed up by her selfishness, Will administers a second sound spanking with hand and hairbrush that forces the smarting offender to repent her careless behavior with genuine sincerity. (This is a hell of a scene.)

How Spanking Saved the Planet is an entirely over the knee spanking video that showcases a beautiful, appealing new couple practicing traditional domestic discipline in a timely, twenty-first century scenario.

Charming Beverly is truly the body beautiful, with the quick wit and characteristic irreverence of the modern American spoiled brat. Her smart, rebellious personality combined with her beguiling good looks and adorable femininity adds up to extreme spankability in our newest spanking star. She feels every sharp swat on her satiny smooth and delectably shapely bottom and reacts to the severity of her spanking with all the kicking and squirming, the whimpering and “owies” you’d expect from a genuine punishment scene. William West is a handsome and quietly determined dominant with a fine, robust spanking style and the seriousness to back it up.

Beverly ends up pink in two scenes that are extremely well done in How Spanking Saved the Planet!