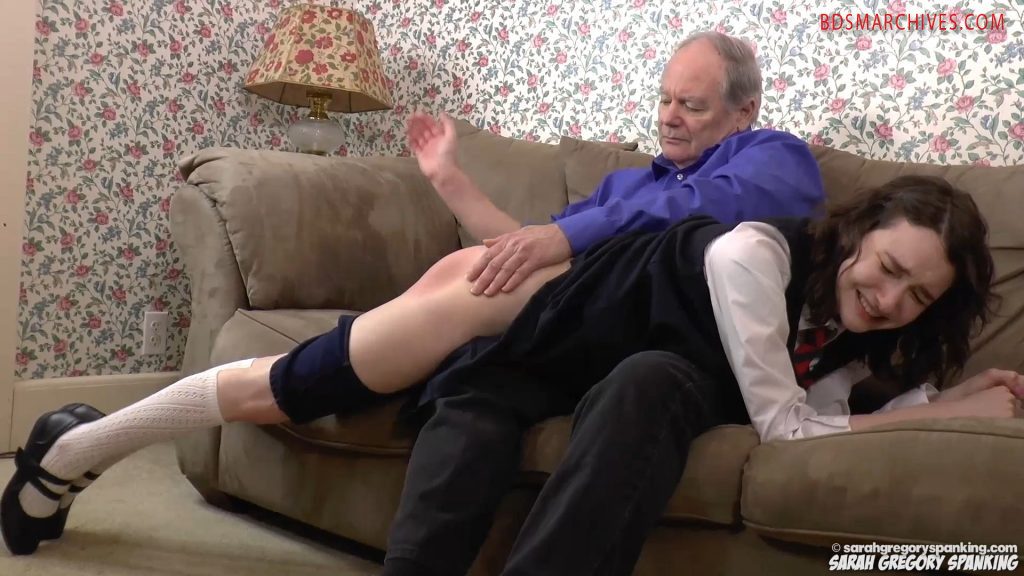 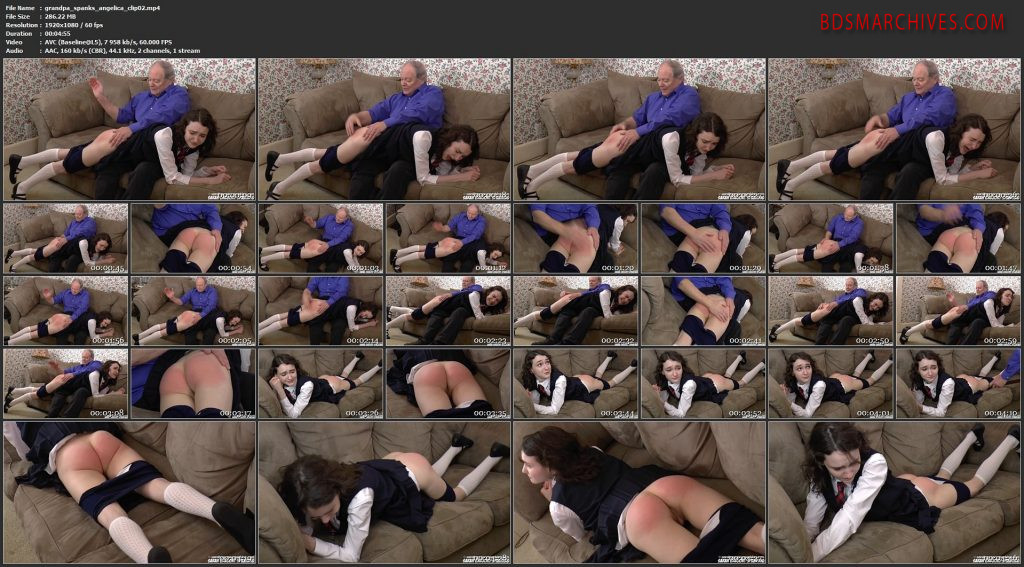 Angelica is so excited to be spending the long weekend with Grandpa as he always has such fun plans for them, however, this time is going to be different. Angelica’s parents have called their dad to tell him that their daughter’s school called about her misbehavior and that they hadn’t had to chance to deal with it yet so they asked him. “Of course” he replies… after having much experience of this when his girl was younger.

When Angelica arrives, she is so excited to have some fun, but Grandpa explains that there will be no miniature golf, no ice cream, and no movies… just spankings. She is confused but eventually admits to being a bad girl at school and accepts that she must go over grandpa’s lap for a good old fashioned spanking. Angelica finds this so humiliating to have him pull down her tight school knickers and expose her bare, pert bottom. After spanking her cheeks until they are a shameful, burning bright pink, he tells her to lay on the couch and take his thick leather strap. She cries out in pain but he knows that this is the only way she will learn her lesson. 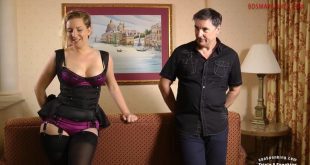