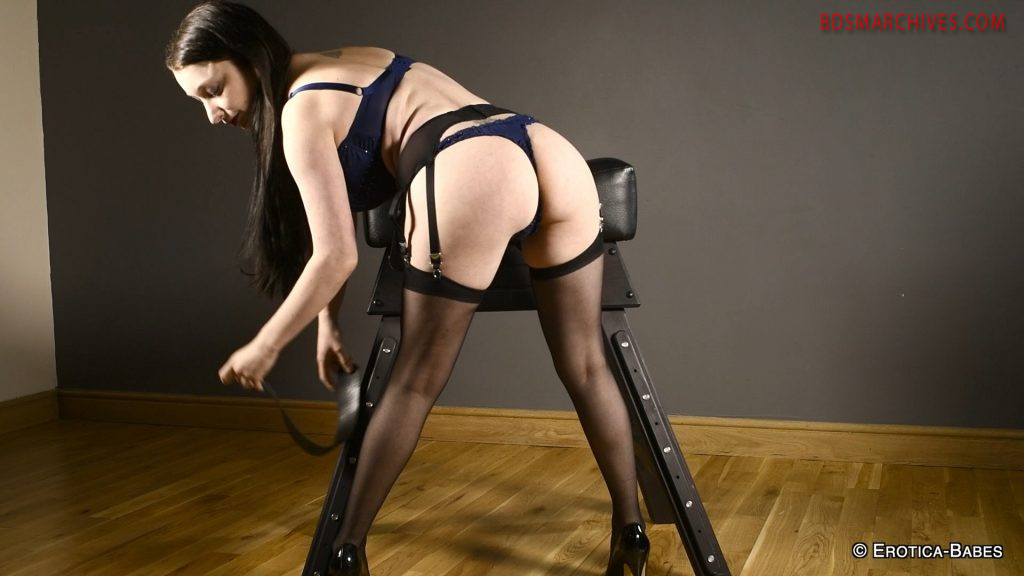 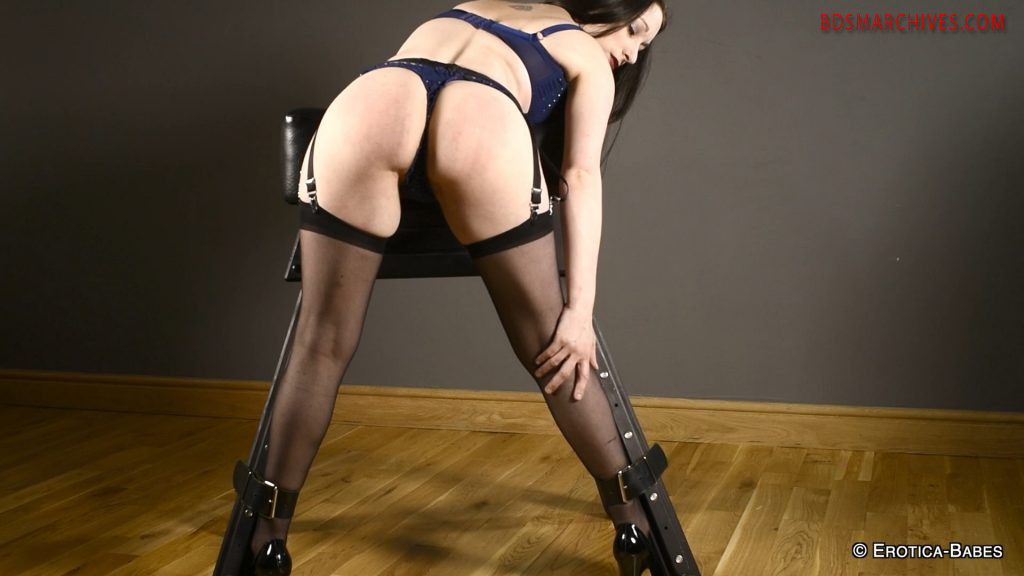 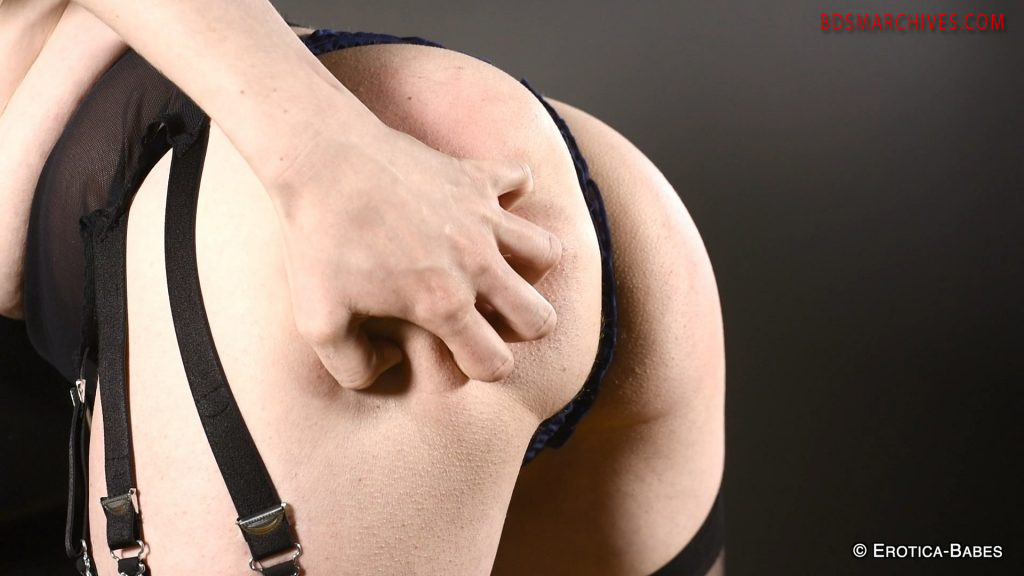 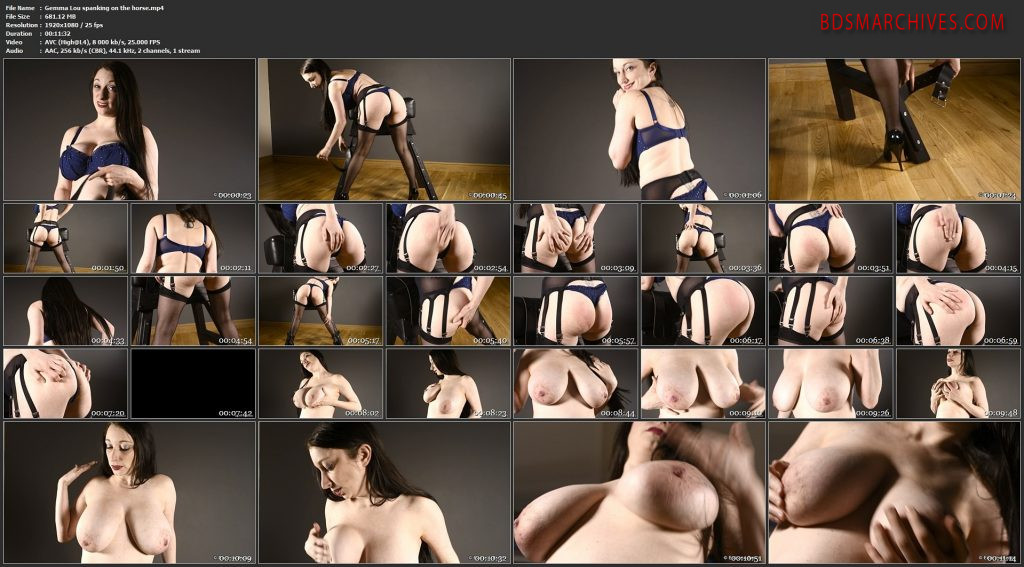 Gemma Lou wants to be tied up and spanked, unfortunately for her she is alone, which means she has to do it for herself. Wearing sexy lingerie and black stockings she looks so hot and sexy. She is standing next to our bondage horse. She picks up the leather straps and attaches them to the horse and ties her ankles against it so she cannot move and her legs are spread apart. She runs her hand up and down the back of her leg and then starts to spank her ass. Gemma has very pale skin and the redness soon starts to appear on her ass cheeks. She alternates between each cheek to even out the wear! The scene was shot with 2 cameras and we swap between the two viewpoints throughout the scene. There are segments of slow motion which allow you to see the action and as Gemma lands her palm on her ass or boob. Her flesh ripples and wobbles when she does so. The viewpoint changes as we see Gemma Lou remove her bra and face the camera. She spends the rest of the scene spanking her tits as well as bouncing, squeezing and shimmying them. The camera angles change here too, front on as well as low down looking up as if Gemma was riding you.