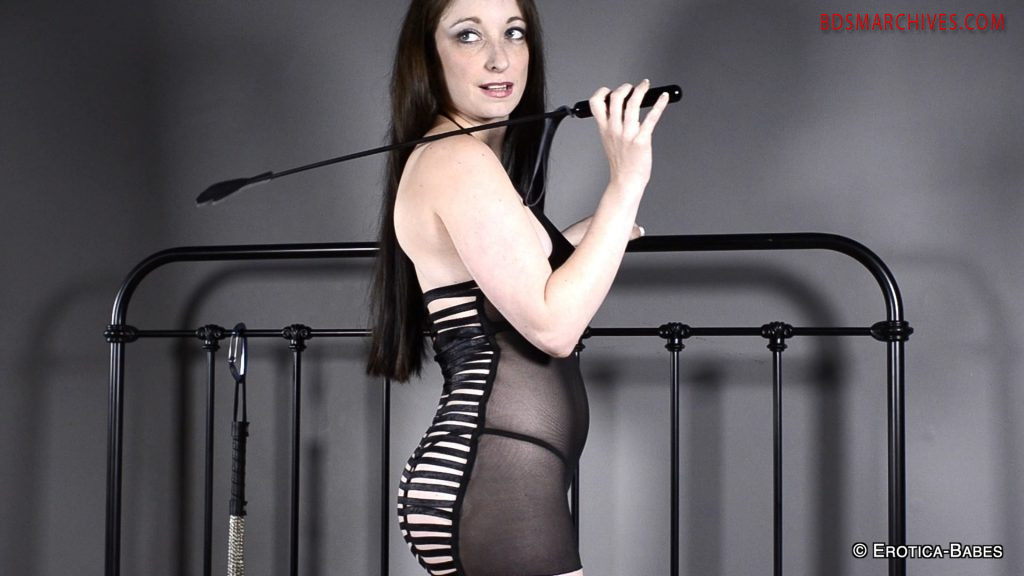 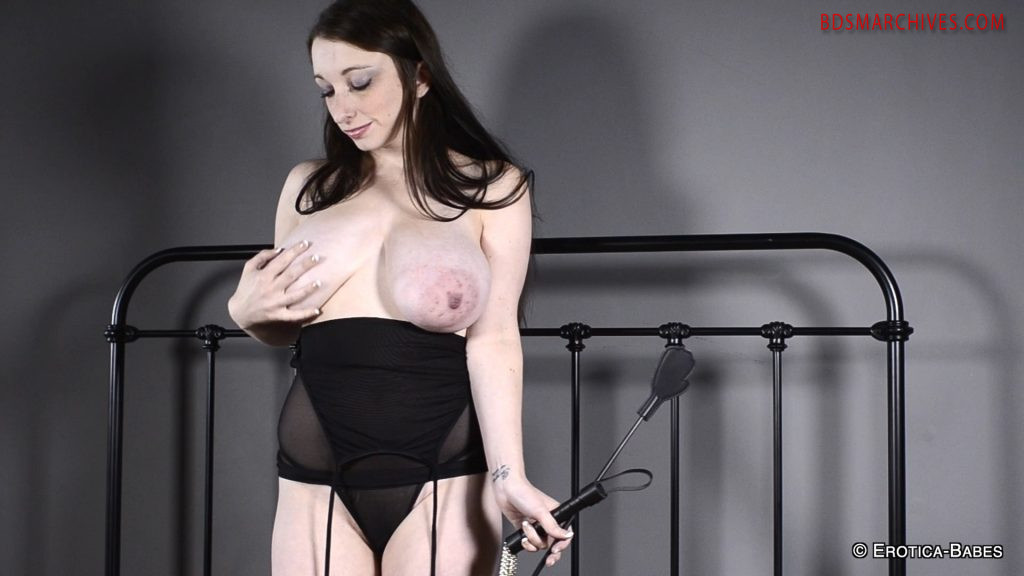 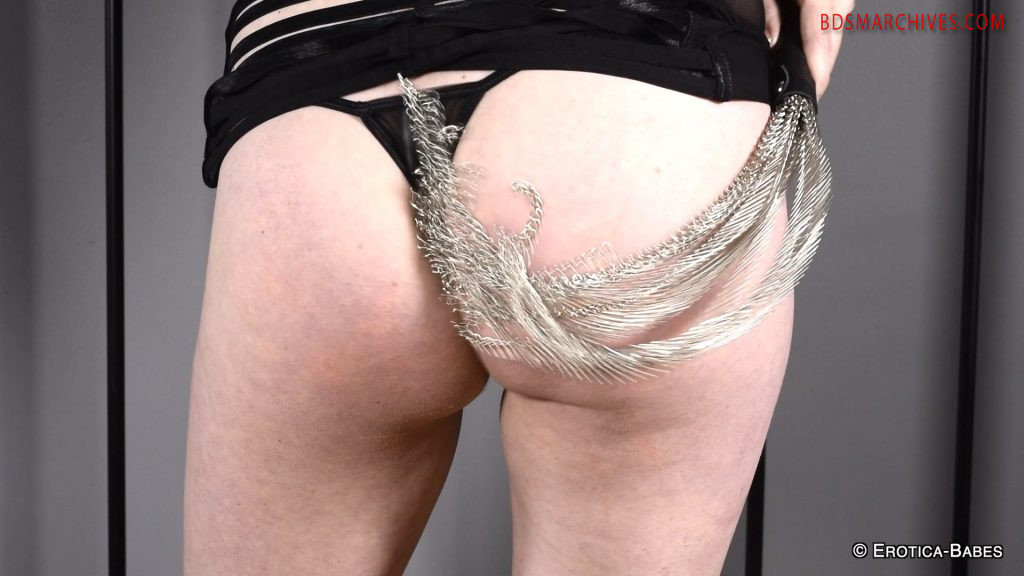 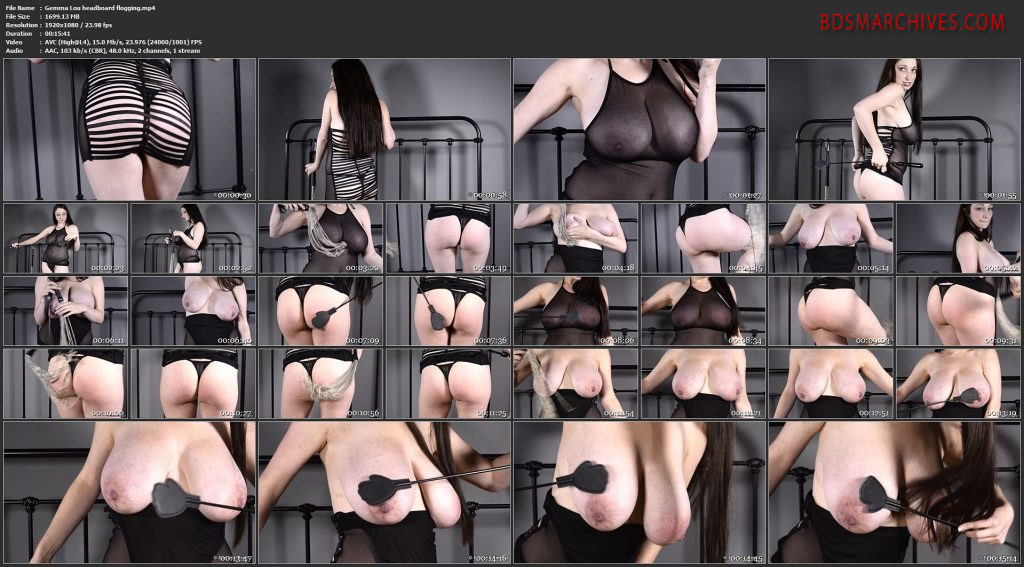 Gemma is wearing a sheer black body suit with has a great back to it as you will see when she turns around. She is standing by the headboard and hanging up is a crop with a hand shaped paddle on the end and a chain flogger. The flogger is quite aggressive when used. Gemma is not hitting herself hard with these implements, however you will see the impact of them on her. She first starts off with the crop and then spanks her boobs and her ass. She removed her top to show her marvellous boobs and large nipples. She continues to spank herself with the implements. Even spanking a little too hard at times causing pain. There is a long slow motion sequence at the end of the video where you will see Gemma’s flesh ripple and quiver as she hits it. A great scene for those lovers of Gemma and her tremendous tits. It was filmed with two high end cameras, one set to a wider shot and one close up handheld following the action. There are some minor moire effects on Gemma’s black top at times, this is an artifract from the camera lens and material, not majorly distracting, but worth mentioning.