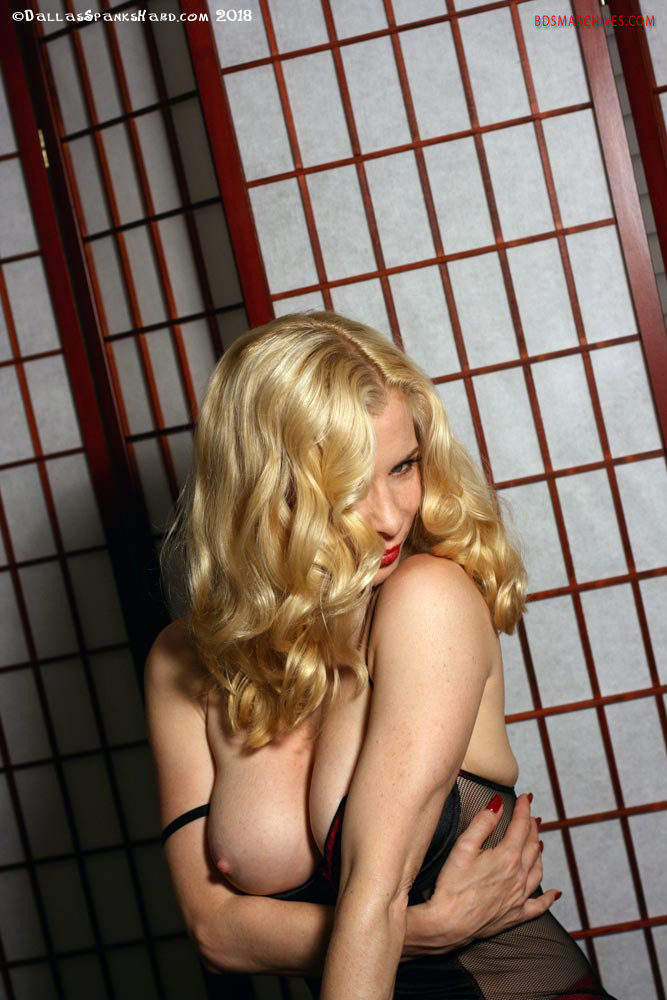 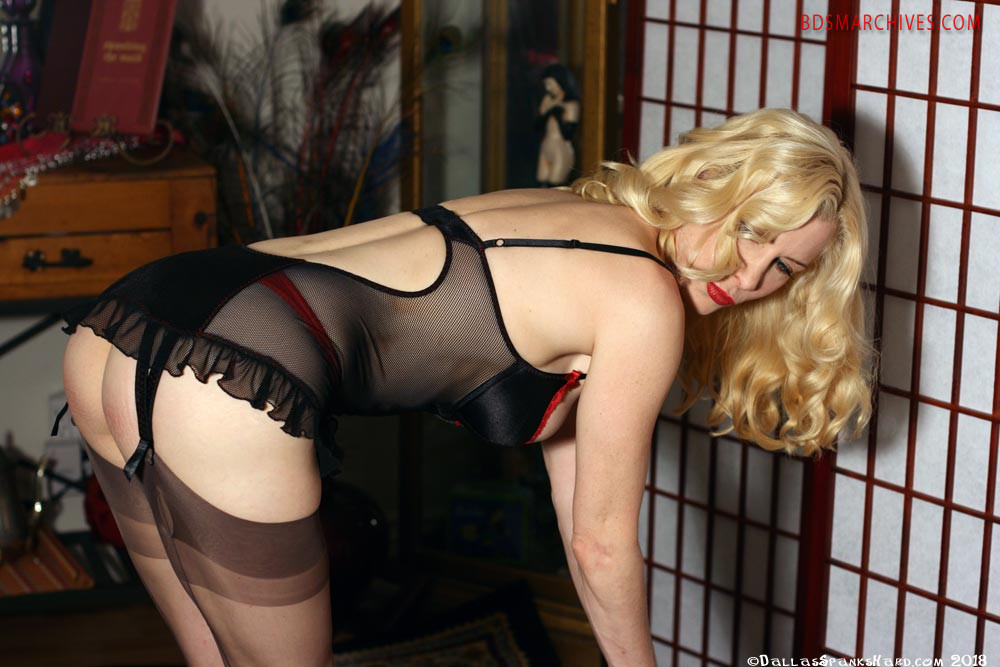 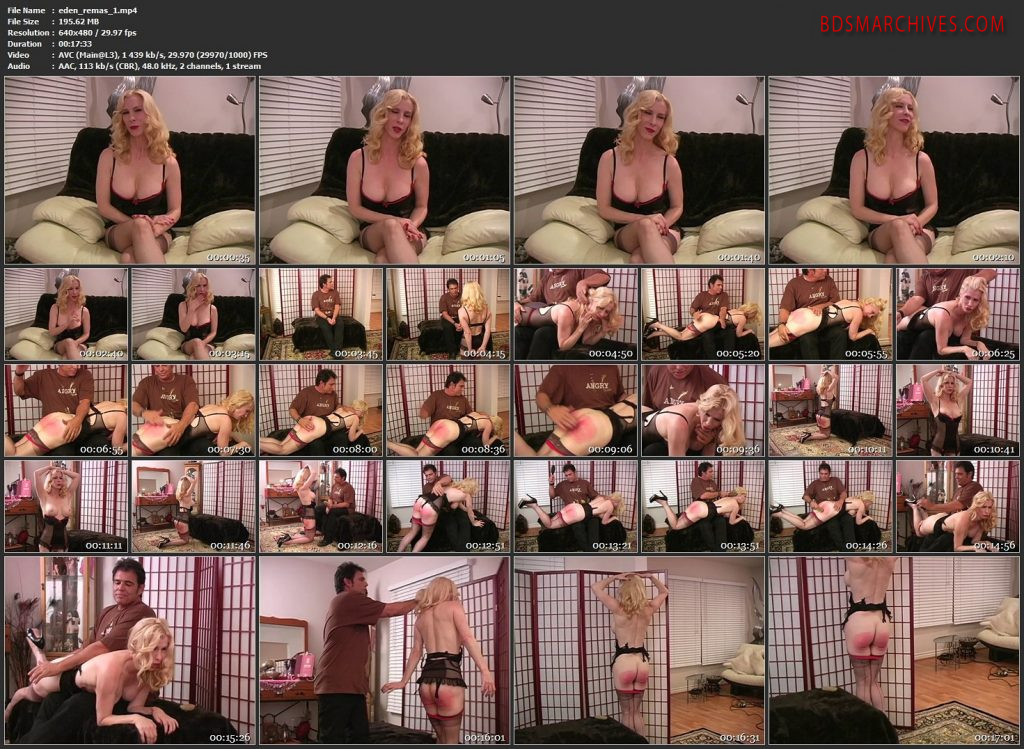 Why am I re-mastering my films? The technology of the that these were first edited on, was not as close to the original by a long shot. I decided to go in and do a completely new edit and most importantly a high-quality image for you pleasure. When you film a spanking like this, wherein a famous burlesque dancer is given a bare bottomed, OTK hand spanking and 115 with an ebony wood hairbrush… You want to enjoy it as close to original as possible. When I re-edit, it gives me a chance to re-examine the flow of the spanking and make adjustments. It also makes for longer and less interrupted clips.

I put the short interview portion in where I asked her about her connection with spanking. Turned out she was one of all along! I only found out that on the day of filming. I met Eden though the burlesque dancing circles, before I even knew she was a submissive. I ran into her and a friend ( she was his submissive then) and she looked at me as if she was saying ‘ now you know my secret’. She admits to having a life-long spanking fetish since childhood. A secret she revealed on camera for you.

This is an amazing spanking of this woman who reminds me so much of Veronica Lake.