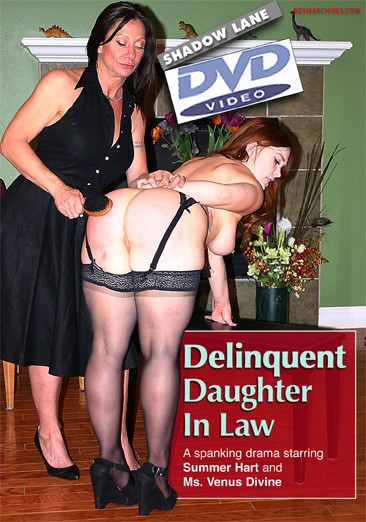 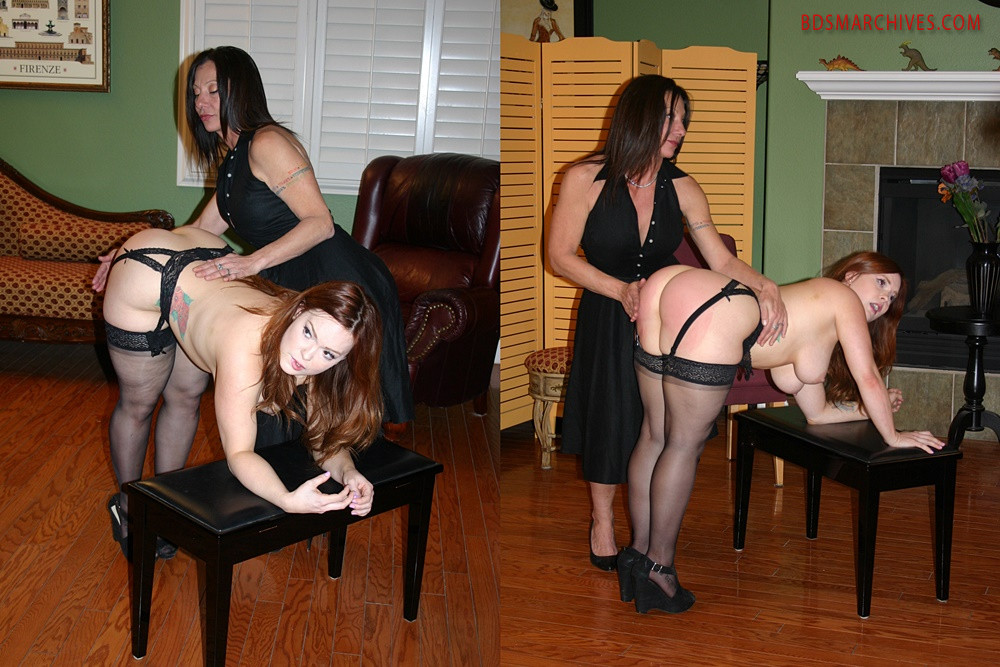 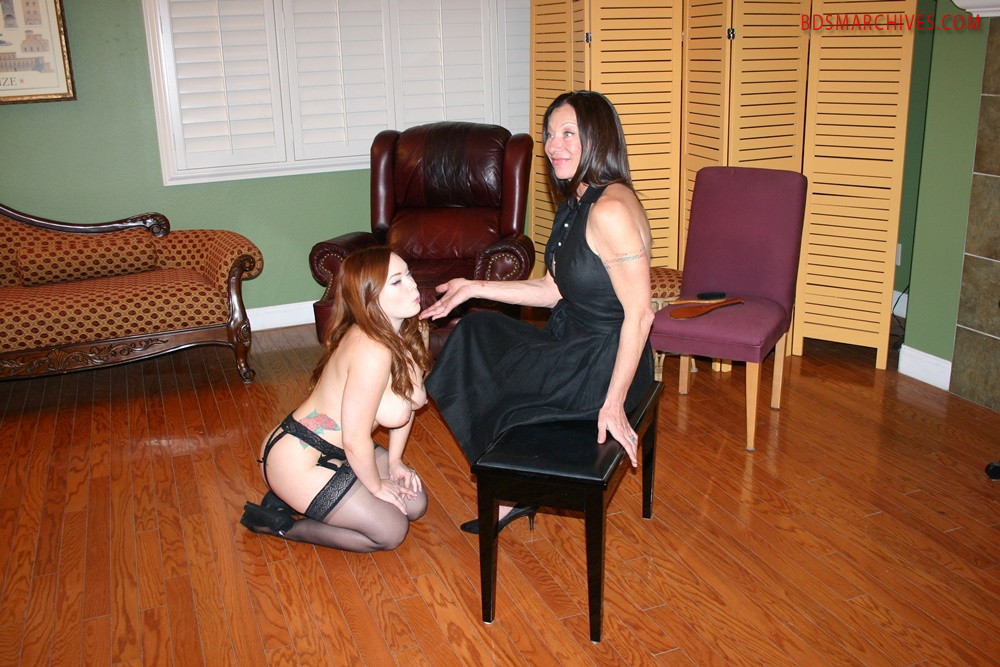 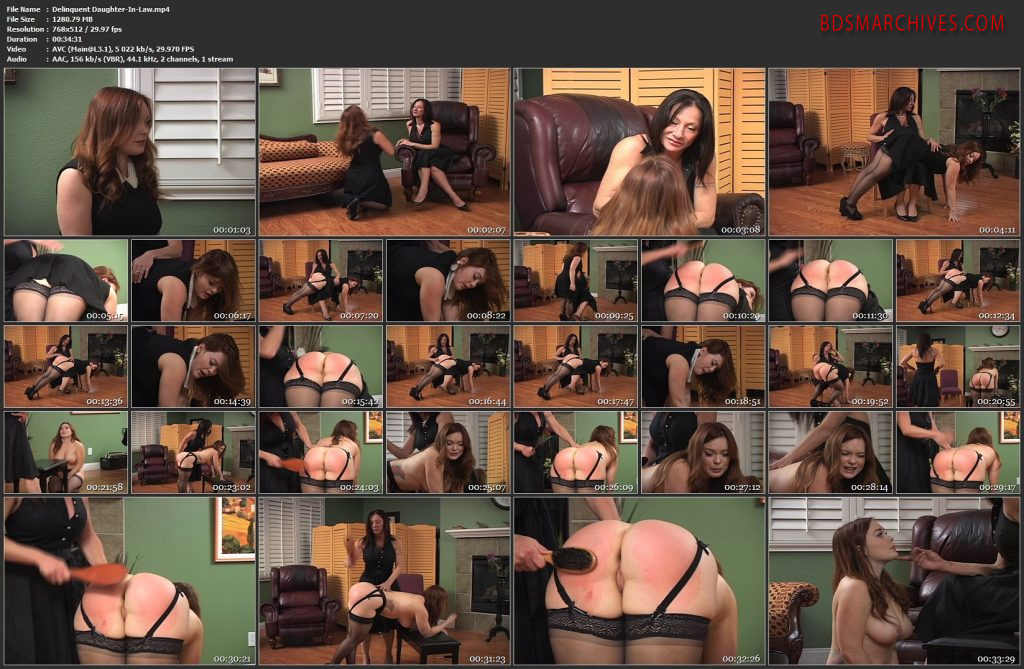 After blowing $7,000 on nightclub bottle service at a bachelorette party, Summer scrambles to pay the bill before her husband finds out. Going to her wealthy mother in law in desperation, Summer gets down on her knees and begs Sylvia to pay her debt and keep her financial misbehavior a secret from her husband. Summer’s wish is granted, but at the price of her lily white bottom. Sylvia spanks, hairbrush spanks and leather paddles some remorse into her carefree daughter-in-law with determination, and not a little satisfaction, as she always suspected her daughter-in-law was a spoiled brat.

In the first act, Summer receives over the knee hand spanking, over her skirt, panties and on the bare bottom. A hairbrush is then firmly applied to Summer’s lush backside until the auburn haired minx cries out for mercy. After a short pause, the admonitory punishment resumes. Summer’s creamy globes go from white to pink to red, as the naughty girl squirms and squeals.

In act two, a nude Summer Hart reveals more curves than a scenic highway as Sylvia bends her over the piano bench for more corporal punishment. Now Summer is disciplined with an oval English leather paddle and the dreaded wooden hairbrush as well as Sylvia’s hand.

At the conclusion, the chastened Summer is made to kneel before her new mistress and kiss the palm of the hand that has just spanked her. Extremely fair of face and exquisitely proportioned, Summer Hart has the figure of a fertility goddess and the demeanor of an innocent and well reared girl, an irresistible combination in a spankee. Venus Divine is back with a sleek new look, and her own Boston brand of dominant energy. No mistress takes greater wicked delight in reducing a submissive to stammers and blushes than this powerful top lady. Terrific action, delicious reactions and hot button dialog are the hallmarks of this instant Shadow Lane woman spanks girl classic.