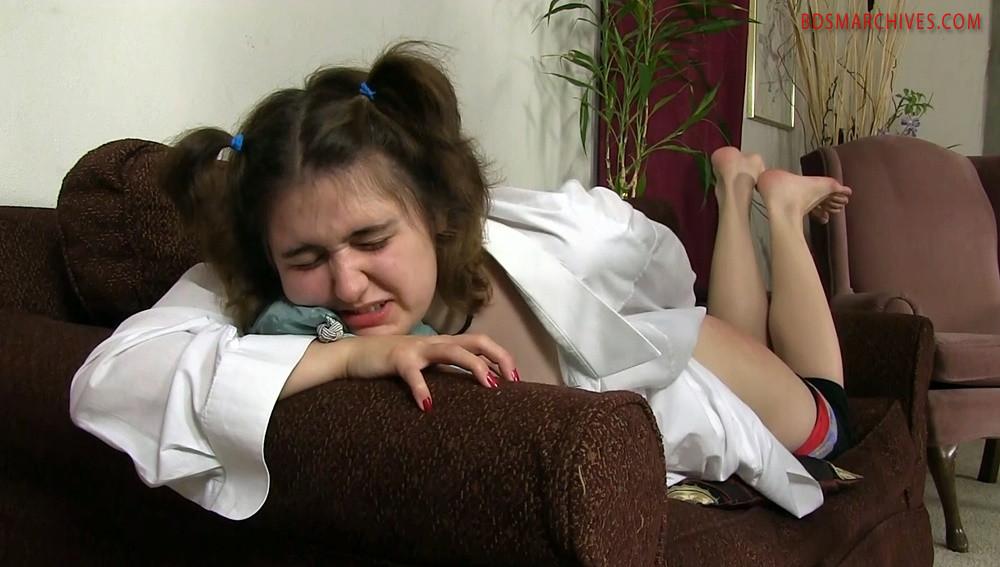 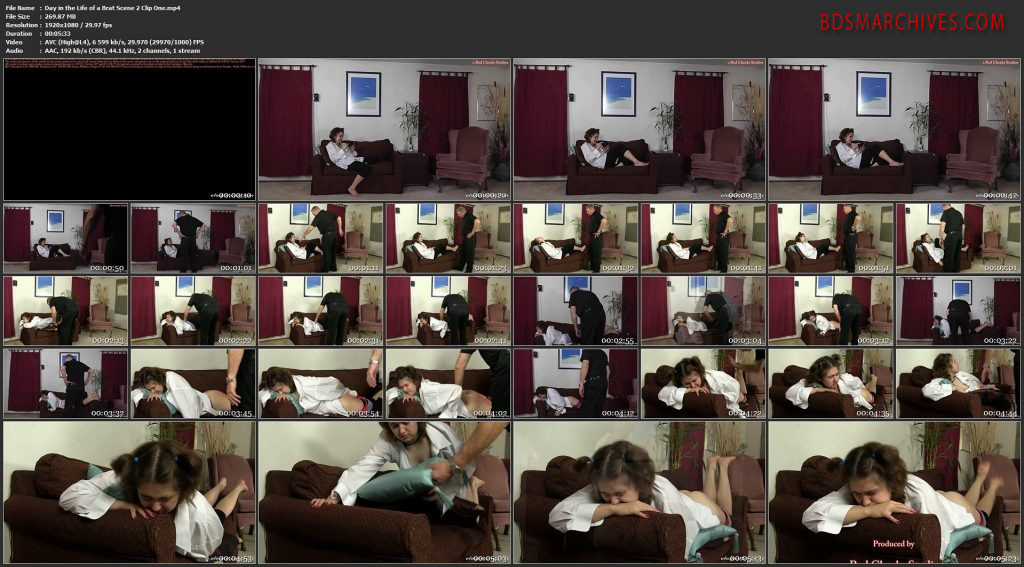 Its late afternoon, and our cute, little brat, Breana, is lounging around on the couch playing video games on her phone. Its only a few hours since she got her butt spanked until it was bright red as punishment for coming in after 2:00am and being Tipsy enough to raid her Guardian’s booze cabinet. He comes in from his golf tournament in a bad mood, as he lost, and wastes no time in demanding to know why Breana clearly hasn’t done the chores she was supposed to, or her college studies. The little brat doesn’t even bother with an excuse but laughs at her own response.

Clearly making him ever more cross, she carries on with some bratty remarks until he turns her over and starts spanking her little ass over her thin yoga pants, all over again. Before long, he strips her down and bares her bum for some much harder smacks, and we can see Breana struggling against the stinging spanks of his large hand. After some heavy handed smacks, he declares his hand isn’t getting through to her, and takes off his leather belt, and makes her raise her bare butt up onto some cushions. Then he proceeds to lash her ass with the belt, making loud cracks as it comes down across both cheeks.

Previous The Puritan – Miscues, Screwups, and Behind the Scenes Looks – A Spanking Epics Film By Wasteland
Next Don’t Ever Fuck My Boyfriend – Delco Video Productions