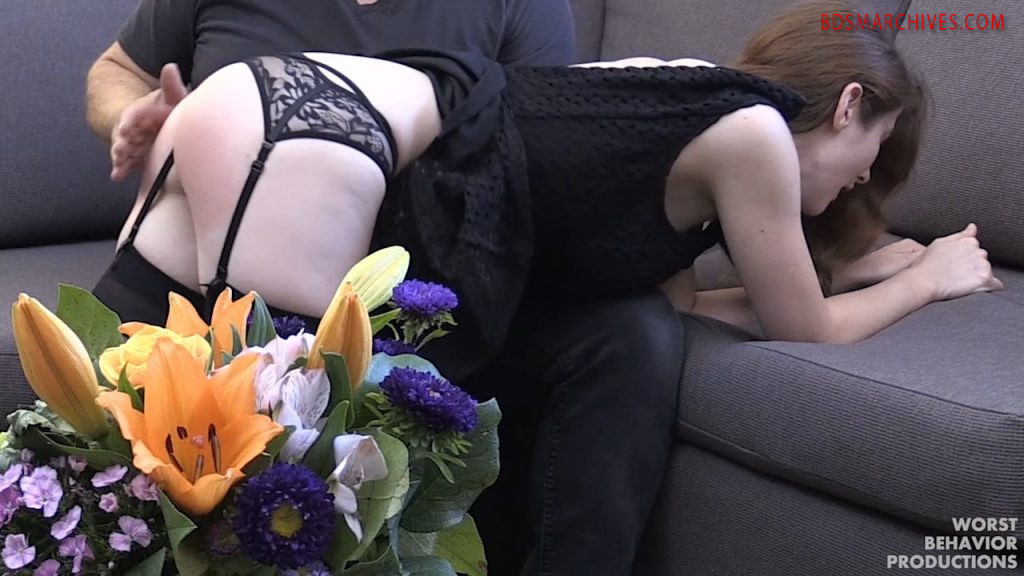 Ava hears her boss punishing another woman from the office and it turned her one. Sneaking back into the office to hear the cries of the punished woman, Ava began to fantasize her own trip to the boss’ office for a red bottom in very nasty, revealing positions. At home she looks up spanking porn and self-gratifies while looking at pretty girls get spanked. So she emails the boss and confesses she came back to the office and listened while the other woman was spanked. She told the boss she wanted that too. Be careful what you ask for in life as sometimes it might come true. Ava is spanked, paddled and gets penalty swats on her bare butthole. Her little cries and squeals are yummy.