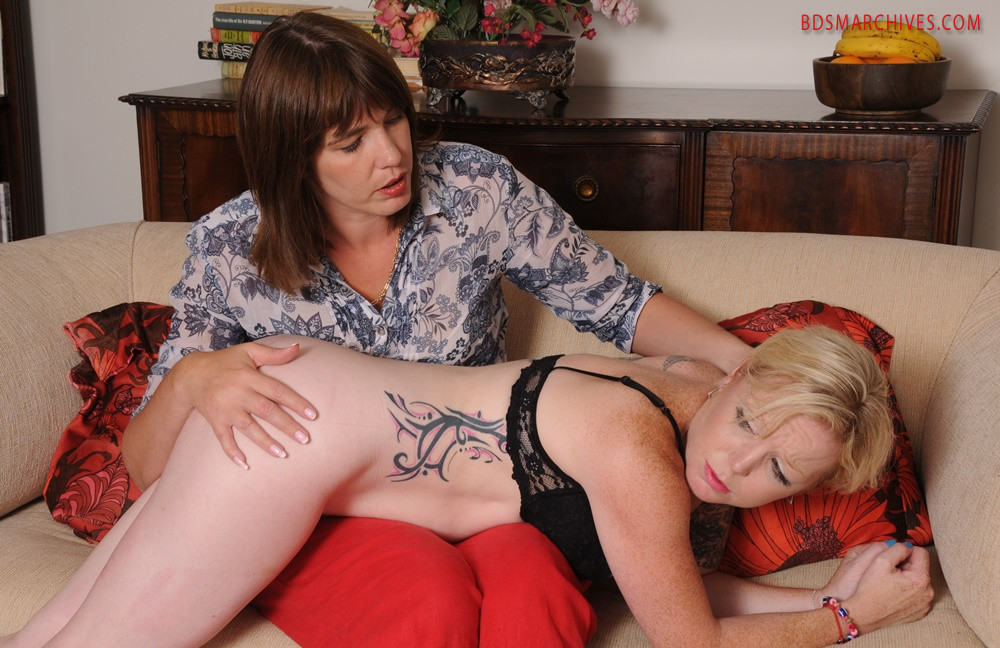 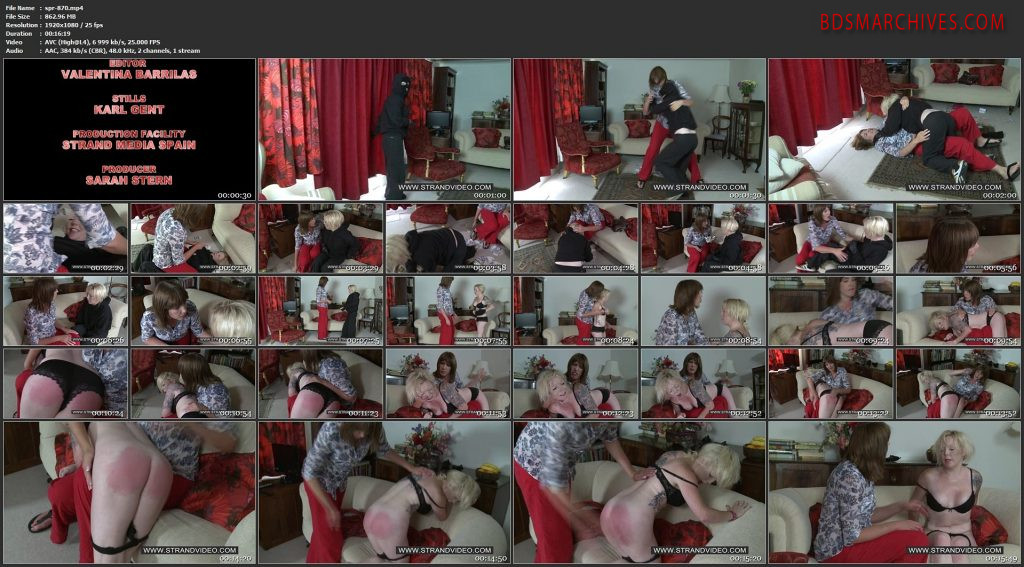 It’s the middle of the afternoon and Sarah is taking a break when a masked burglar breaks into her house. Luckily the burglar drops something and Sarah is able to rush into the room and after a long and hard fight she wrestles the burglar to the floor and discovers that it is a girl, a pretty blond who really should know better than to try and rob Sarah. To say that she is now in trouble is putting it mildly, Sarah is enraged that someone should be trying to steel her hard earned money and she is determined to teach this unlucky girl a real lesson. She gives her the choice, police or a punishment to fit the crime, the burglar has little choice and after removing some of her clothes she finds herself over Sarah’s knees getting a severe hand spanking on her panty clad bottom before this last protection is removed and she gets the hardest slaps on the bare bottom. A great fighting over the knee film.