Consequences For Harley and Sarah – Mommaspankings 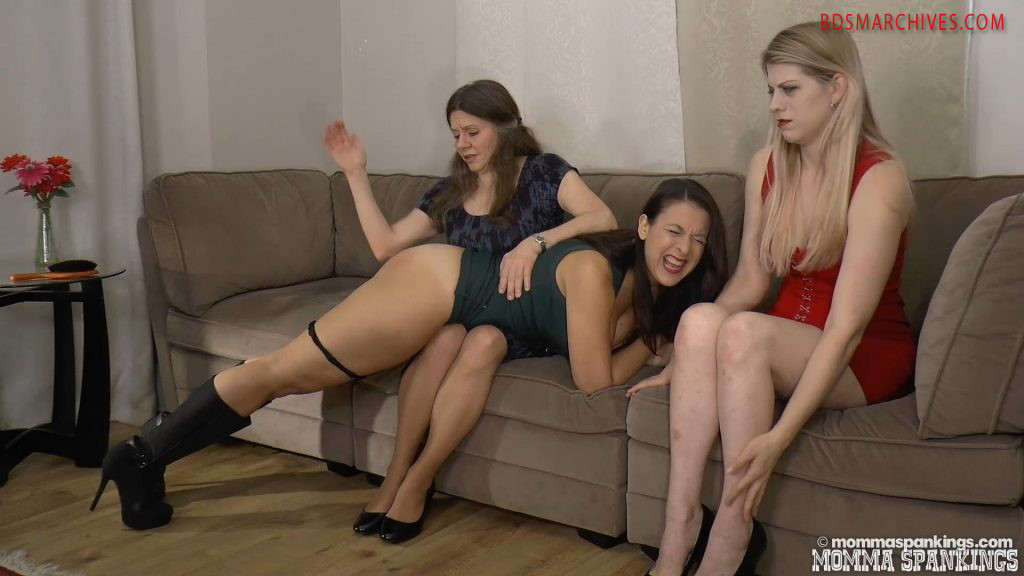 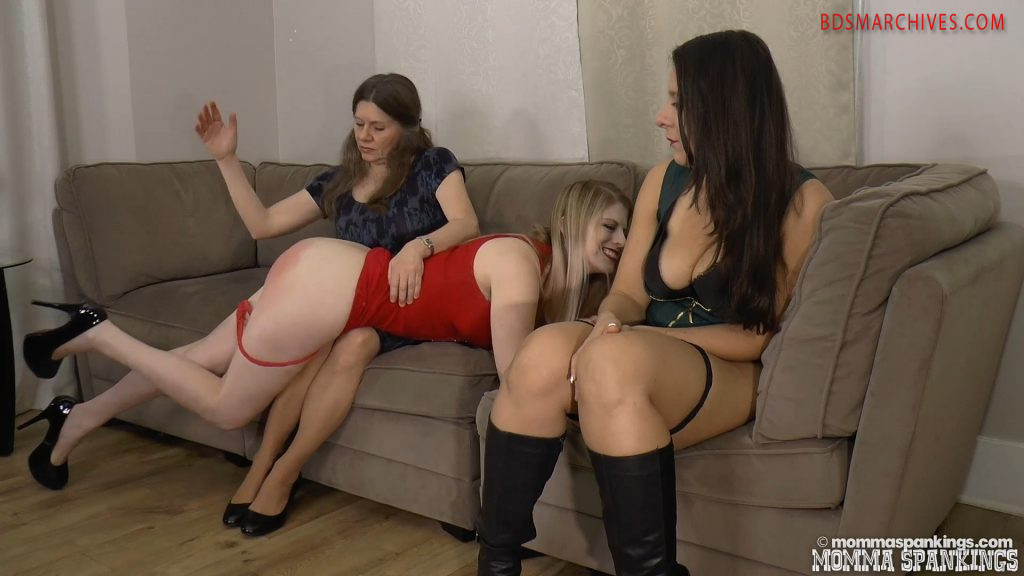 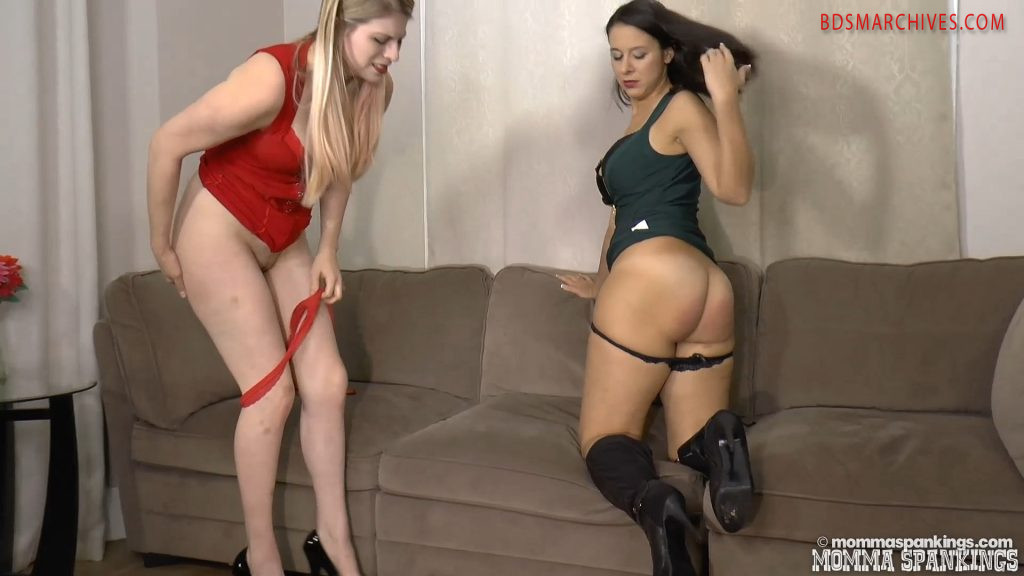 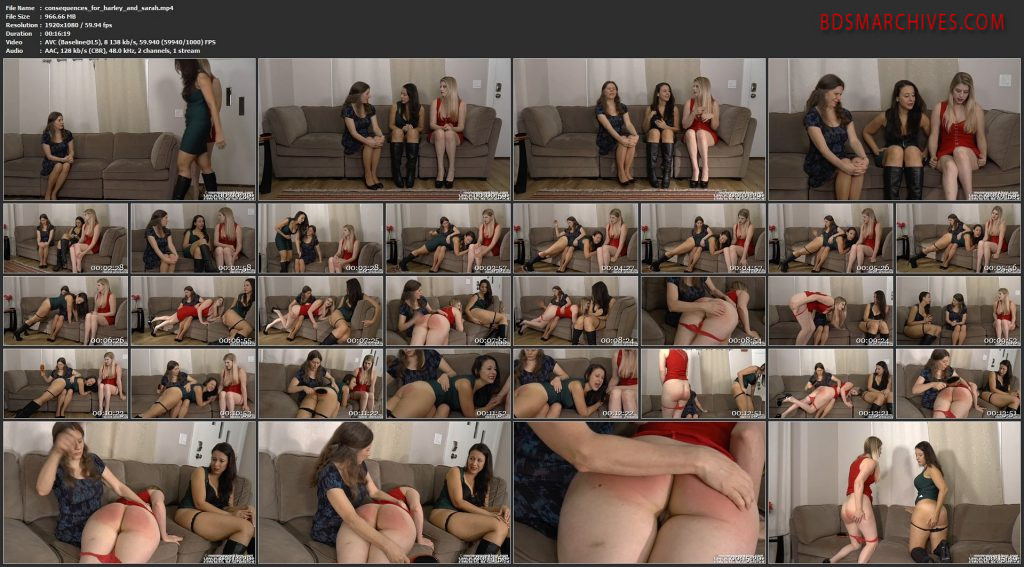 Sarah and Harley have both lied to their parents about where they will be that evening and when they come into Sarah’s house way past curfew, a worried mother (Miss Bernadette) is there waiting for them and she has two things on her mind when she hears their explanations. Firstly, they are dressed like sluts so their story about going to the movies and staying for the double feature is a complete lie. Secondly, they continue to lie over and over which only angers her even more. Sarah knows that in this house she gets spanked when she misbehaves and staying out most of the night and then lying on top of it means a strict discipline punishment. Bernadette has already been in touch with Harley’s mother and she has given permission for her girl to also be punished. Each naughty young lady is taken over the maternal lap for a spanking over their tight, slutty dresses, inappropriate panties, and of course over their bare exposed bottoms. Next, Sarah must ask for a hairbrush spanking which she hates and it is especially humiliating being told to do so in front of her friend, Harley. She goes back over mommy’s lap for a hard, spanking with that nasty wooden implement which brings Sarah to a flood of tears! Harley’s turn follows with the same hard, humiliating and furious hairbrush spanking, as Sarah looks on drying her tears. Before both young madams are allowed to go to bed, they are left to rub their sore and swollen bottoms, they will be finding the rest of the night very uncomfortable!