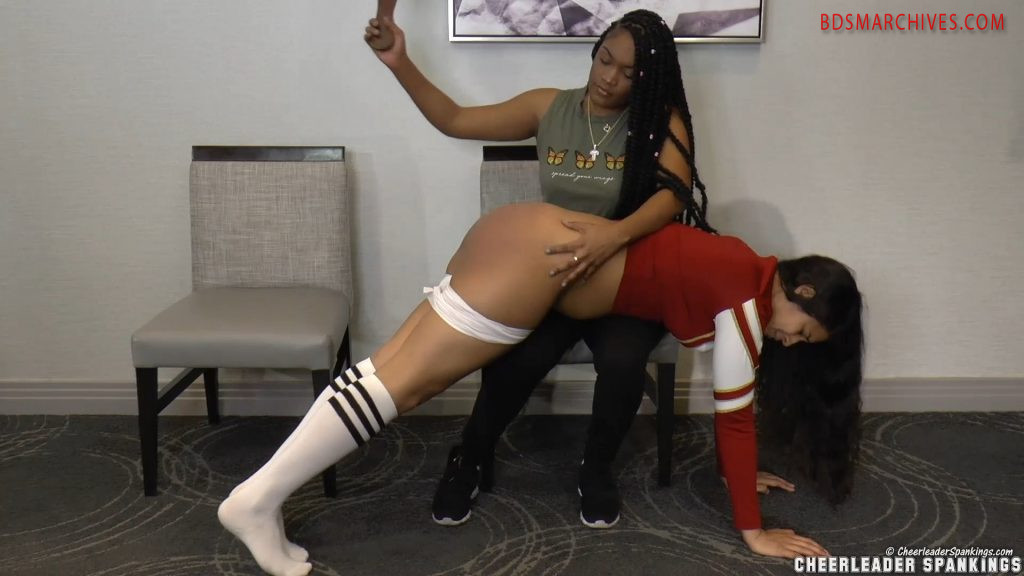 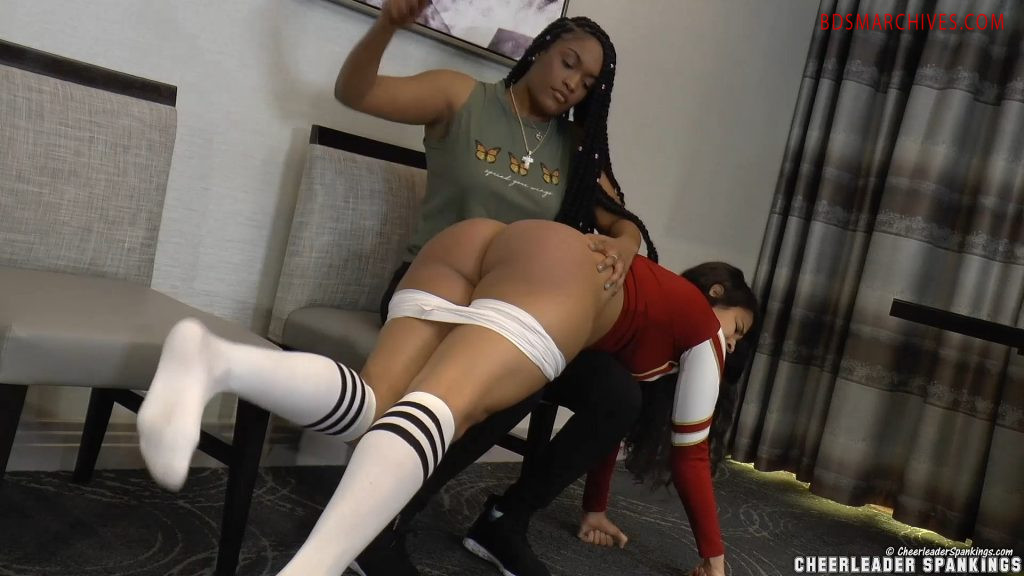 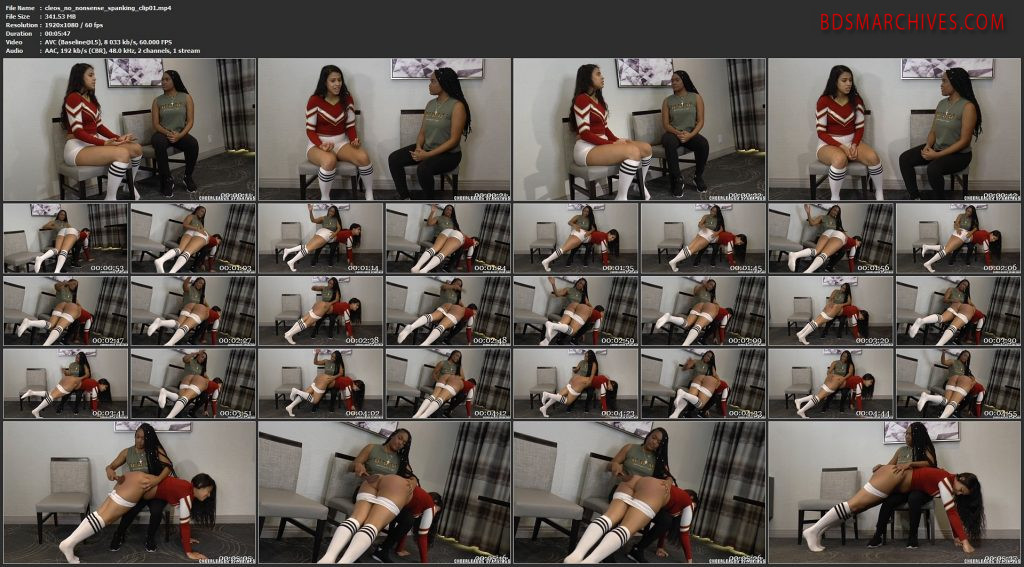 Cleo is desperate for some advice as her new role as captain of the cheer squad has been a disaster! The girls aren’t listening to her, showing little respect, and the squad’s routines are lackluster at best! She approaches her old mentor, Tiana, a once successful cheerleader who is now an upcoming coach in Competition and she knows exactly what needs to happen. She takes Cleo over her lap for a spanking that will focus her showing leadership of the squad with discipline by receiving it herself. She knows that Cleo has been afraid to discipline and spank the girls which have been the problem. Tiana has a very hard hand and this shows with Cleo’s reactions as her tight shorts are pulled down as her bouncing booty is given a thorough workout! More is to come as she has been punished in the past experiencing more than just a hard hand spanking. Tiana knows that implements such as a dreaded leather paddle sting and really grab the attention of a badly behaved girl and she applies this to Cleo’s bare behind. The poor cheerleader wriggles and struggles to take this over the knee leathering but it gets the message across. Now she knows what needs to be done to those girls that don’t show her the respect her position deserves! However, after this spanking, poor Cleo has more pressing issues as she rubs her sore aching bottom!