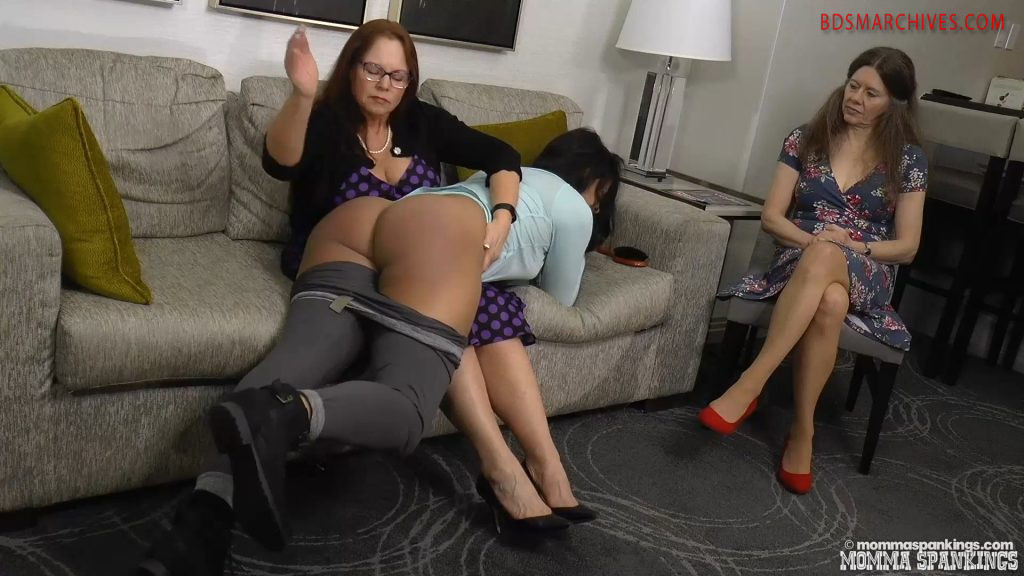 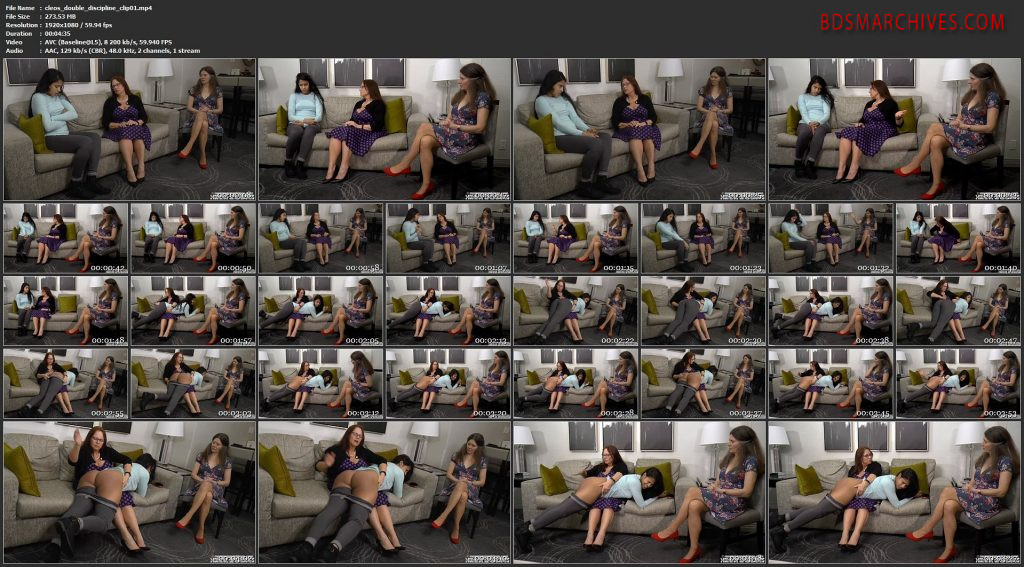 Cleo has been a complete embarrassment at the family at the reunion which her aunt has hosted. As punishment, she will feel some humiliation and embarrassment as her mother has invited Aunt Bernadette over to witness and participate in her punishment. After being scolded by them, she is taken over Mommy’s lap for a hard spanking first over her tight leggings, and to their surprise right to the bare bottom as there are no panties. Aunt Bernadette is very shocked that her niece didn’t even bother to wear panties under the inappropriate clothing. Next, she goes over auntie’s lap while mother looks on in approval that her disobedient girl is now being spanked by auntie. Cleo must then ask for the dreaded wooden hairbrush; how humiliating! Aunt Bernadette applies the brush hard and severely to the brat’s bare bottom. Cleo kicks in pain and apologizes for her rudeness. Sorry isn’t enough though, more punishment is to come. Mommy then takes a sad Cleo over her lap for another hard hairbrush spanking making Cleo look into her aunt’s eyes and give a sincere apology. After both women feel that the punishment is enough, Cleo is sent to bed early with a sore swollen bottom.