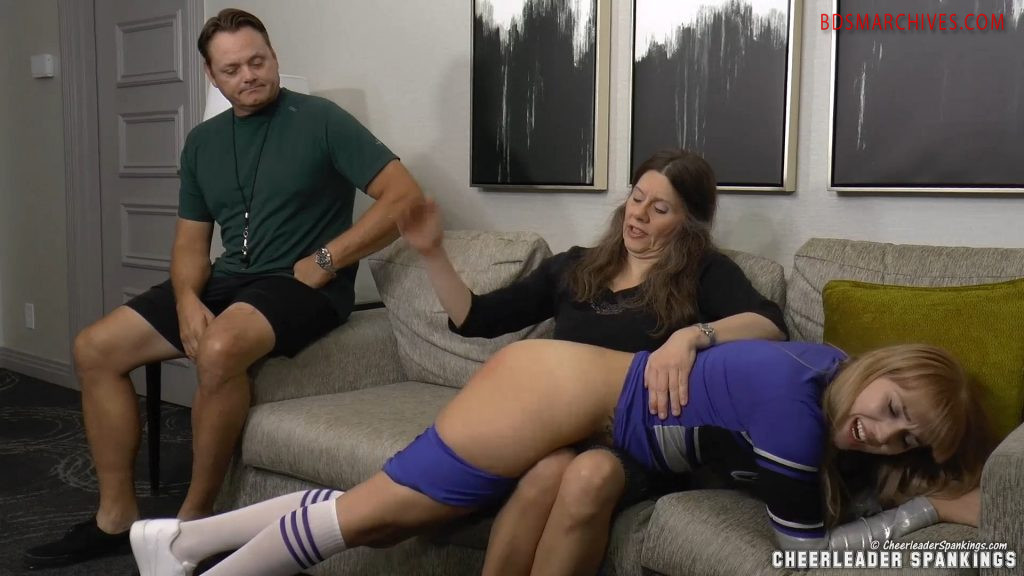 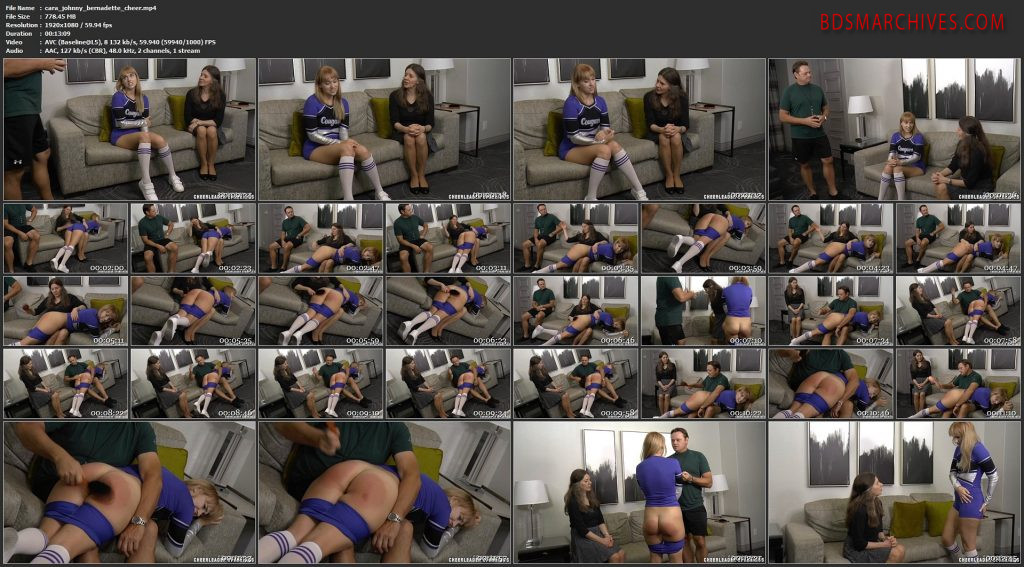 Cara is waiting for mom to take her to practice but she has a surprise in store for her girl. She has brought home the Head Coach, Johnny Lake, as they had been discussing her behavior recently at practice and now something needs to be done. Cara’s colorful cheer chants are inappropriate and disrespectful to the sports team she is supposed to be supporting. She had been told multiple times to stop this, but she thought it was funny and continued to defy the teaching staff. She is not going to cheer practice today because she is now facing a double punishment from both mom and her coach for her offensive and puerile chants. Mom takes charge and spanks her girl briefly over those tight shorts but she is so angry with her that these soon are pulled down to reveal her bare reddening bottom. Cara’s ordeal is intensified and the nearby wooden hairbrush is also used which really grabs her attention. Next, it is the turn of Coach Lake to spank her over his lap as mom looks on in approval knowing that her girl might just learn her lesson this time. Coach uses the hairbrush and scolds her for being the ringleader rather than a cheerleader and doesn’t stop until her bottom is a shameful, burning red.