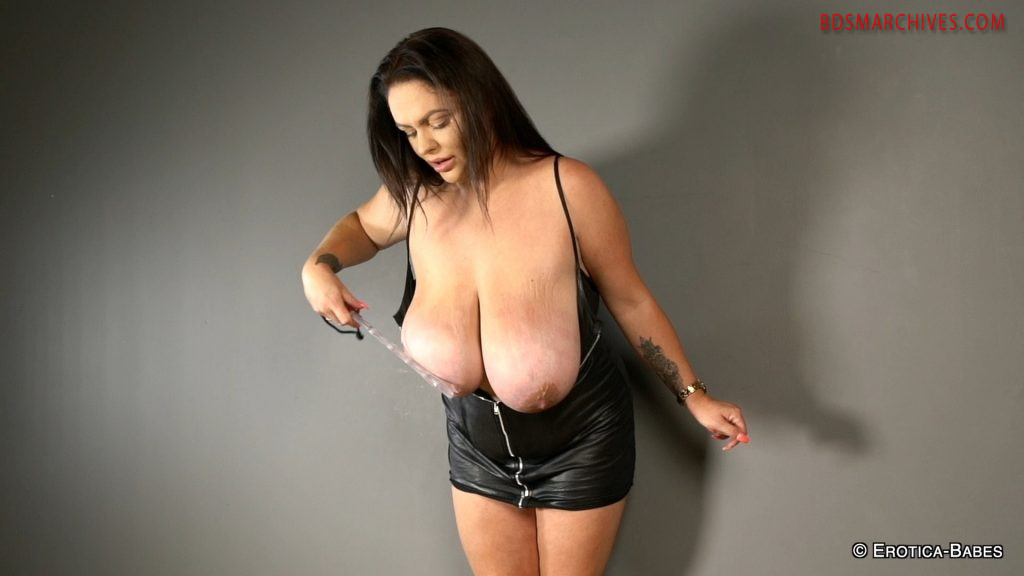 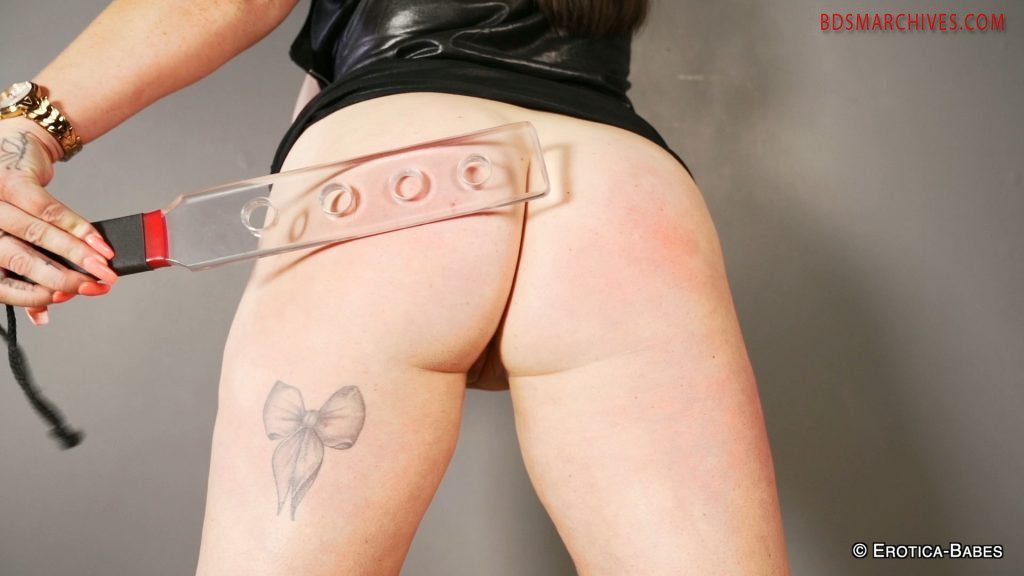 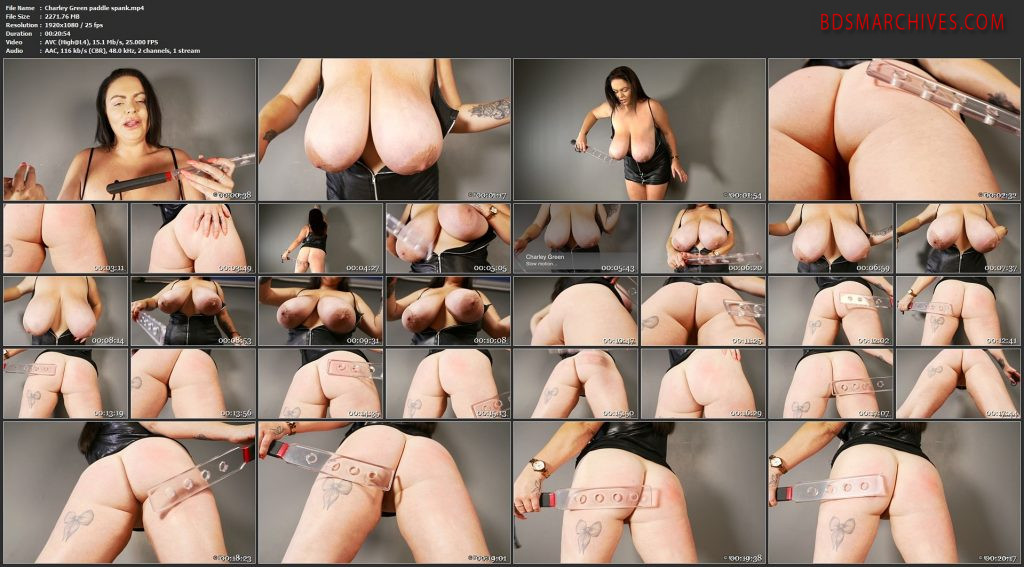 Charley is using a heavy lexan paddle to spank herself. She was told that using it increases flow to the skin and helps to break up body fat. Charley is not sure, but is happy to oblige and show you all what she is getting up to. She spanks her massive saggy tits. She spanks her thighs and ass. There are two camera angles for this scene and Charley chats to you as she spanks herself. She tells you how it feels against her skin when the paddle makes contact. At the end section of the video is a long slow motion sequence slowed down to 75% normal speed. Good quality slow motion with no flicker or poor lighting. Seeing Charley’s boobs bend and cave under the pressure from the paddle is a delight. So too when she hits her thigh and ass. A great scene from Charley. There’s some great camera angles as Charley hits herself, low down looking up shots as well as straight on.