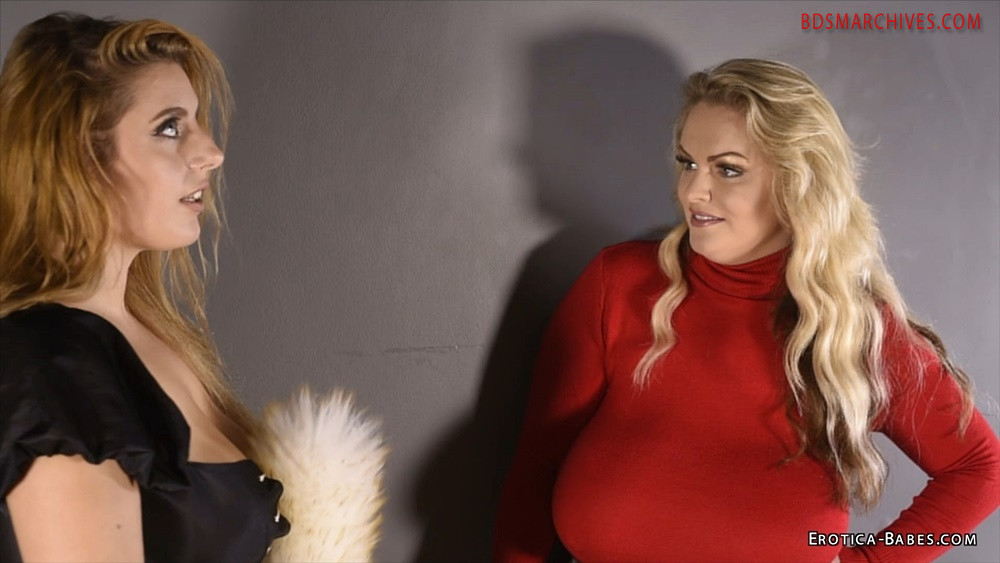 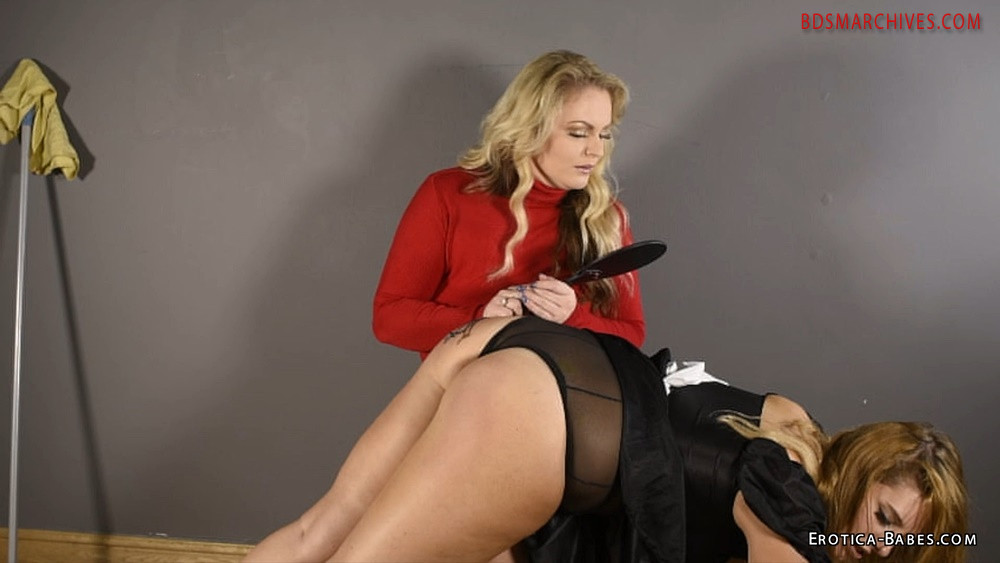 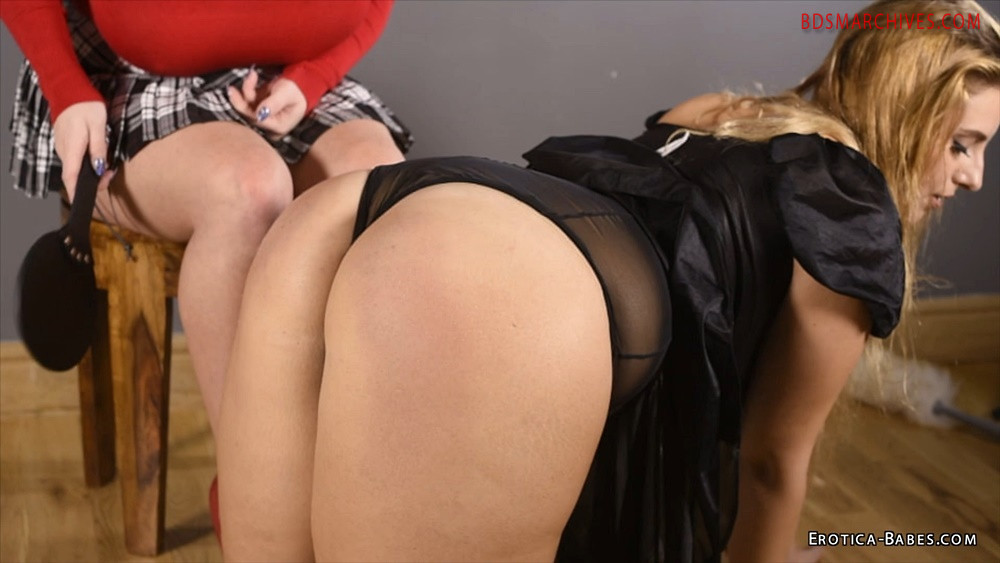 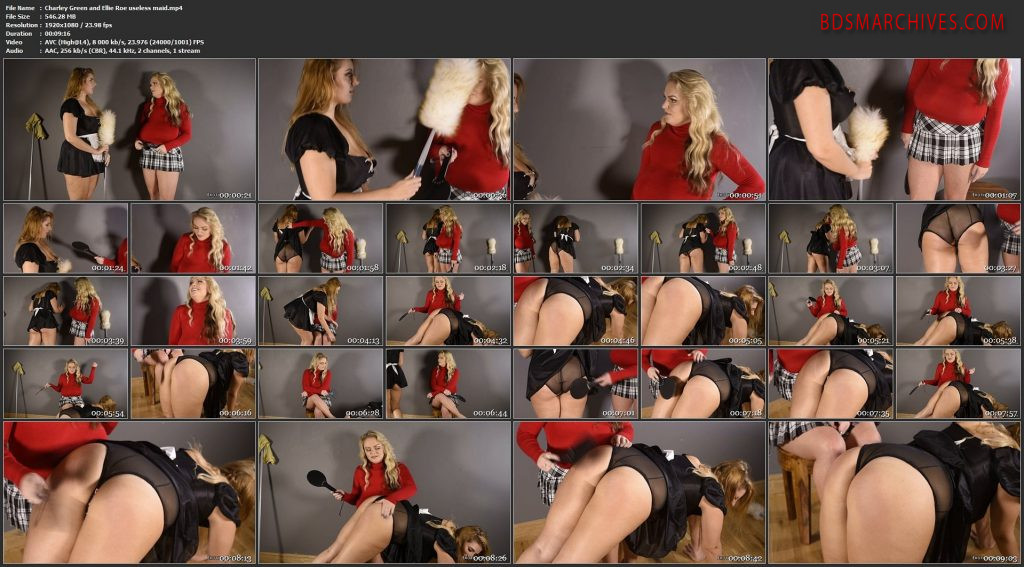 Charley has Ellie as her maid, and she’s not happy with her performance and calls her in for a chat. Charley is brandishing a spanking paddle, you can see where this is going! Ellie in her very short French maids outfit is oblivious to her impending rehabilitation. You have to love Charley’s tits in her sweater, they look massive, in fact they are massive! Ellie is showing big cleavage too! Charley berates Ellie who plays a submissive role in this scene. Charley complains that Ellie is useless and she needs to be punished by being spanked. Ellie remonstrates saying you can’t do that! Charley returns with yes I can, there’s no-one here. Charley makes Ellie turn around to face the wall and place her hands on the wall. Charley lifts up Ellie’s skirt and asks why she’s wearing fancy knickers! She thinks Ellie is spending time with the gardner. Charley starts to spank Ellie’s ass. She paddles Ellie’s ass and tells her off as she’s doing it. Charley makes Ellie count out load how may times she is getting spanked they get up to 10 and then change position. Charleythen demands that Ellie bends over her knees so she can spank her more. Charley complains that Ellie is so slow as she is taking ages to get into position. Charley continues to spank Ellie’s ass, you see her cheeks getting redder. Again Ellie has to count again. Counting out loud to ten. Once Charley has finished she makes Ellie get down on the floor on all fours, telling her that’s the position she should be in when cleaning. At the end of this sequnce from 7:00 to the end of the video there’s a whole section of slow motion, showing all the previous poses and positions but this time in slow motion. You get to see and hear Charley spank Ellie all over again and see her ample ass wobble and jiggle as she paddles her