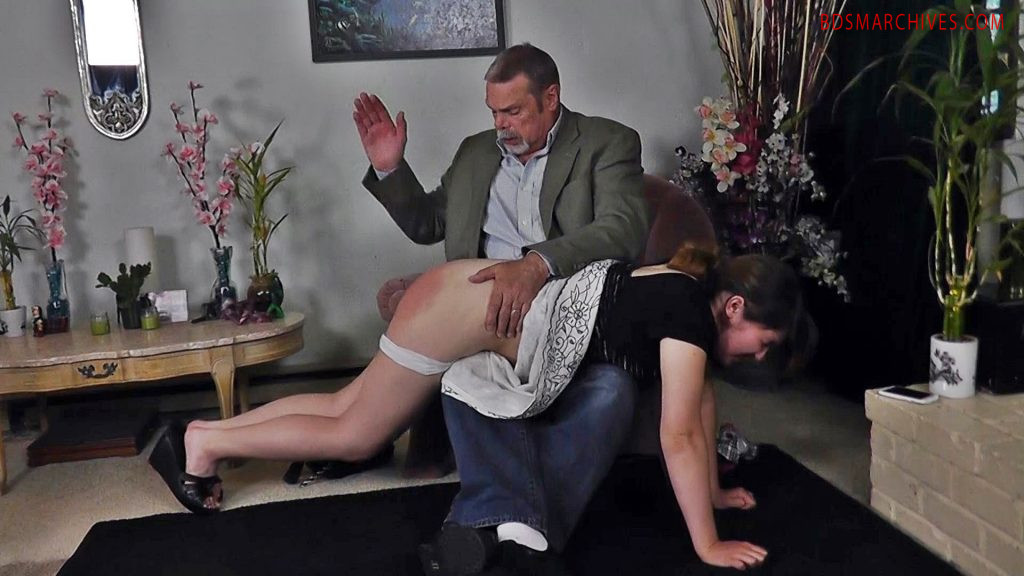 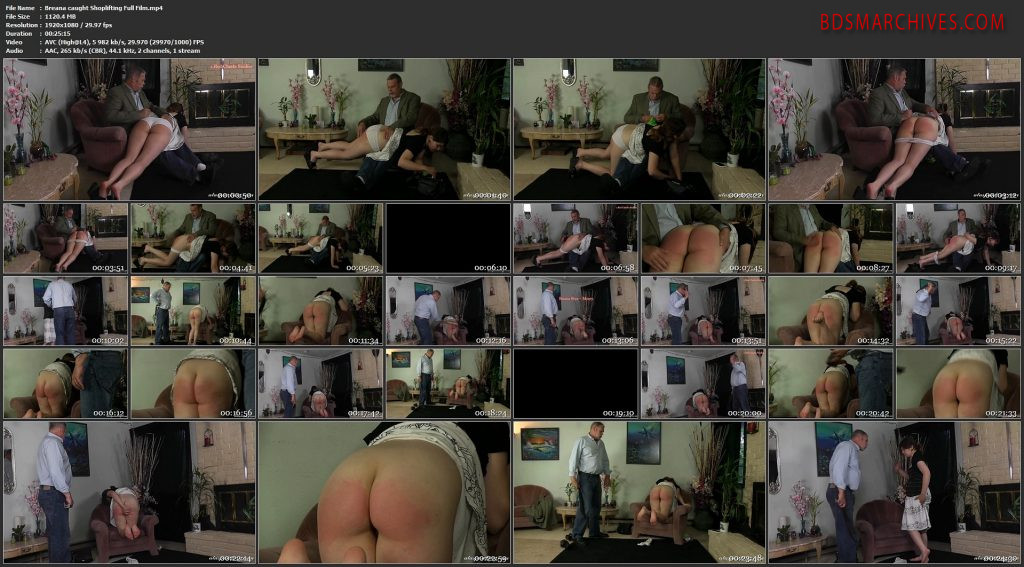 Well, our naughty little brat, Breana, the tiny brunette, has been up to her tricks again. This time, her Uncle has been called to fetch her from the Police Station for shoplifting. He is furious with her and wastes no time in pulling her over his lap and beginning a very long, hard spanking. At first, he spanks her over her panties, but when he finds more stolen thongs in her purse, he yanks hers down and smacks her bare bottom, which is already beginning to turn a bright red from all the smacks so far…

The smacks keep raining down on Breana’s bare bottom, as her Uncle gets more determined to give her a thorough spanking for her stealing ways. With her butt glowing a very bright red already, he stands her up and takes off his thick leather belt. He bends her over in the chair and whips the strap down across both cheeks, making Breana gasp and squirm with the stinging pain. Her Uncle tells her she is lucky not to be in jail, but Breana cheekily responds that she would have been better off there, which naturally serves to make him more cross and ensures more strokes, even harder than the ones she has taken already.

More of the long, hard strapping for little Breana after she was caught shoplifting. Her Uncle is relentless and keeps up the strokes with his belt, making her poor butt glow and very deep red…

Last clip is this video. Little brat Breana has been spanked and now strapped very hard, and her ass is looking sore and very red. Her Uncle informs her that she will get a final 20 hard strokes to finish up with and she is forced to count each one.