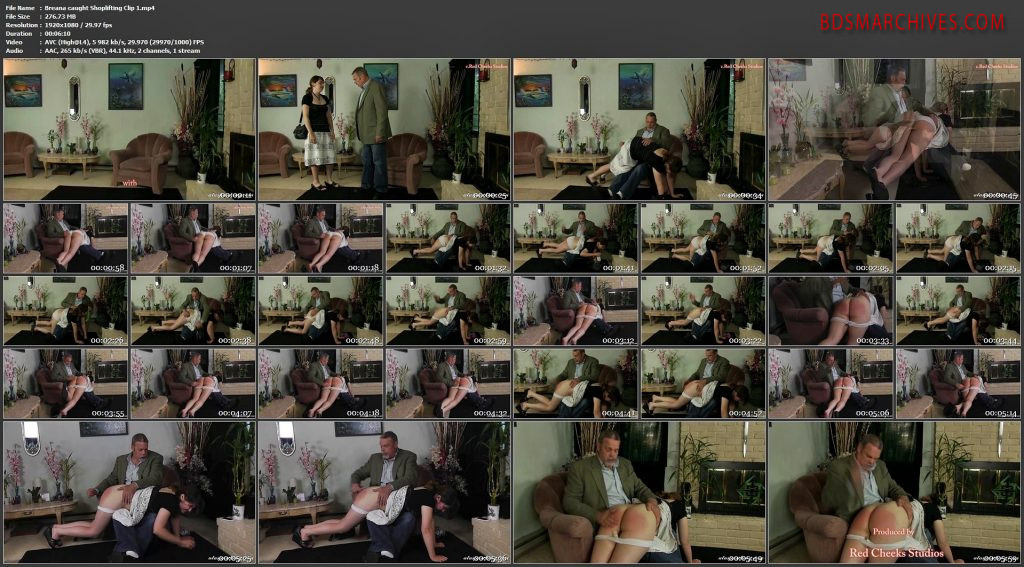 Well, our naughty little brat, Breana, the tiny brunette, has been up to her tricks again. This time, her Uncle has been called to fetch her from the Police Station for shoplifting. He is furious with her and wastes no time in pulling her over his lap and beginning a very long, hard spanking. At first, he spanks her over her panties, but when he finds more stolen thongs in her purse, he yanks hers down and smacks her bare bottom, which is already beginning to turn a bright red from all the smacks so far…