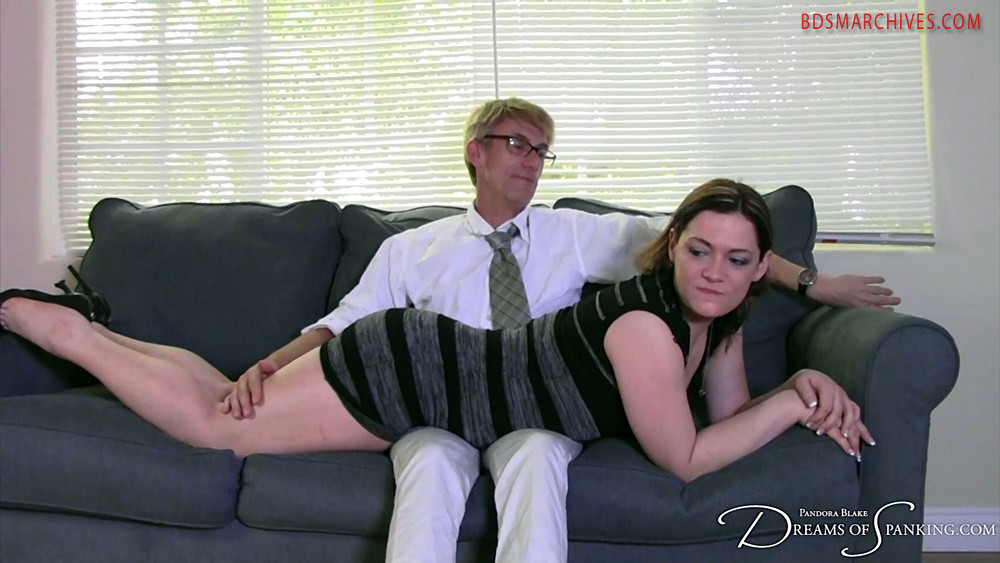 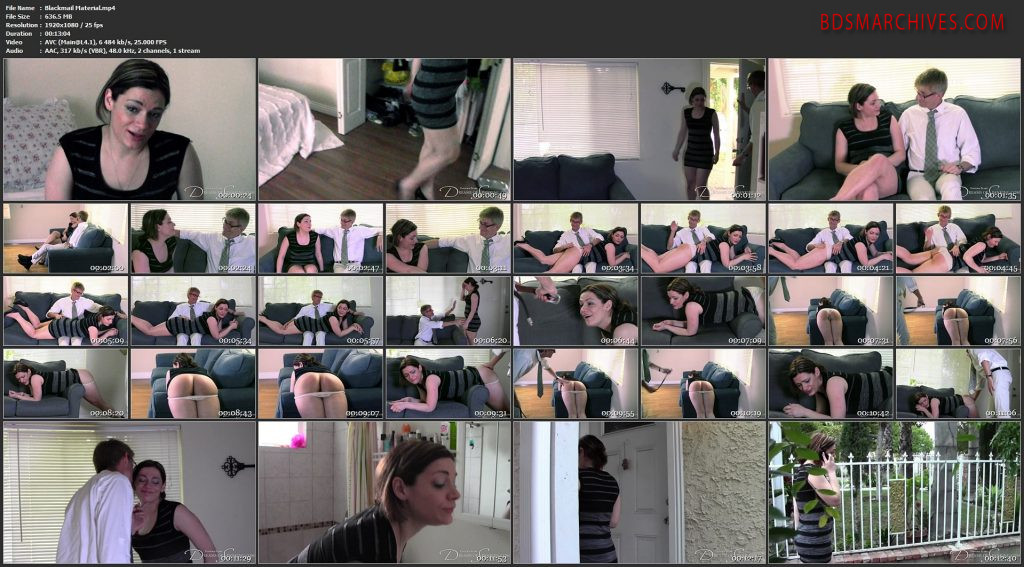 Arriving at his house in a tight dress, high heels and with a sexy smile, it’s almost inevitable that the poor politician will take the bait. Their flirting quickly escalates until Paul has Ten over his knee, delivering a stinging hand spanking over her white lace panties. But red hand marks are not enough – Ten needs stronger evidence of Paul’s ‘sexual deviance’. Can she manipulate him into giving her some more dramatic marks, strong enough that they’ll show up in the photos she’ll sell to the press?

After goading him further, Ten gets her wish. Paul orders her to bend over the sofa with her dress pulled up to her waist, exposing her gorgeous bare bottom. Then he lets her feel the full force of his leather belt right across both cheeks. Ten squeals and protests, playfully inciting him to give her further harsh whacks with the belt. With her knickers round her thighs and her bottom growing redder and redder, will Ten get the marks she needs? After the beating, in the bathroom, she gets out her phone and inspects the fruits of her labour…