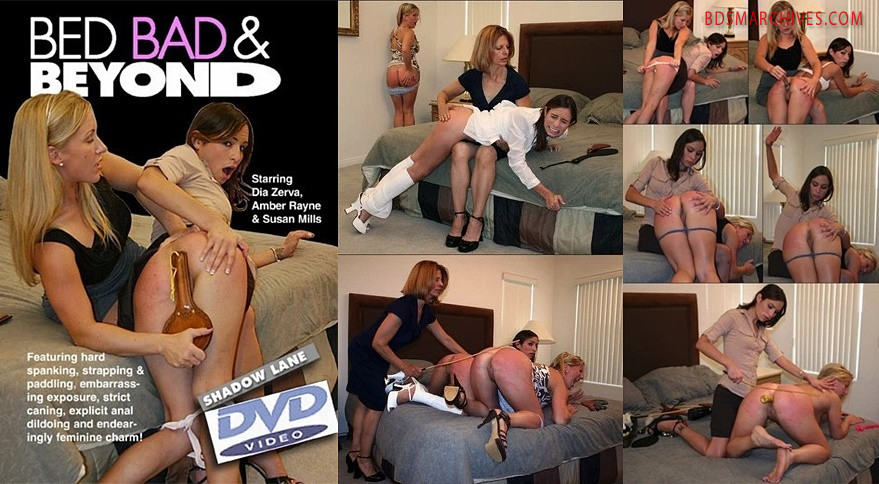 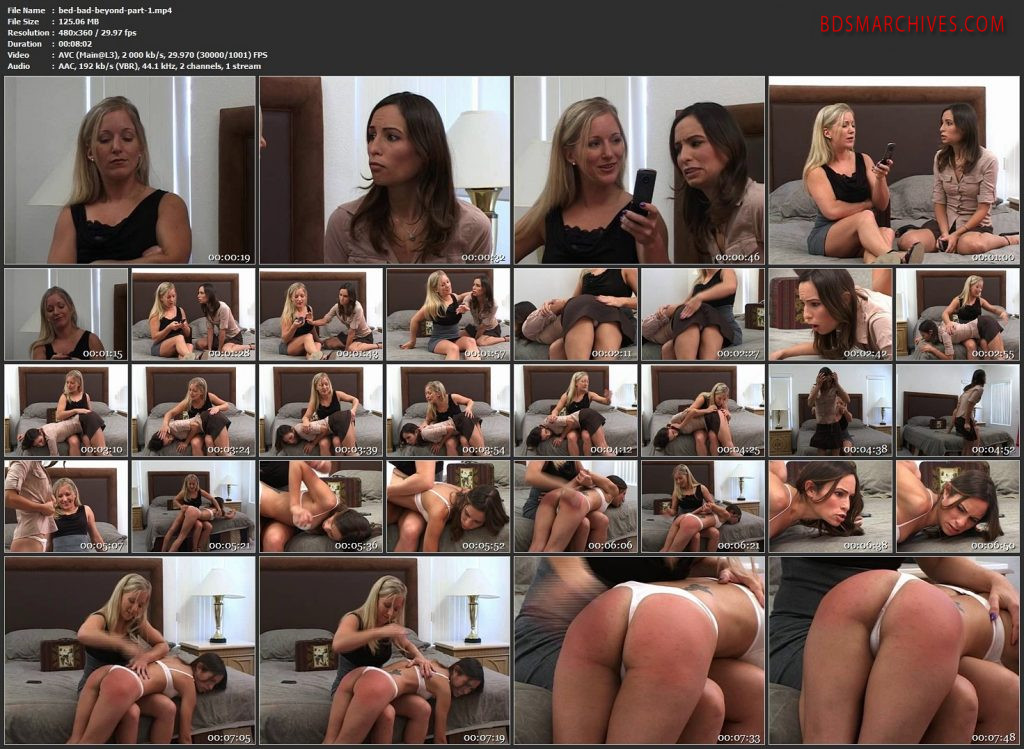 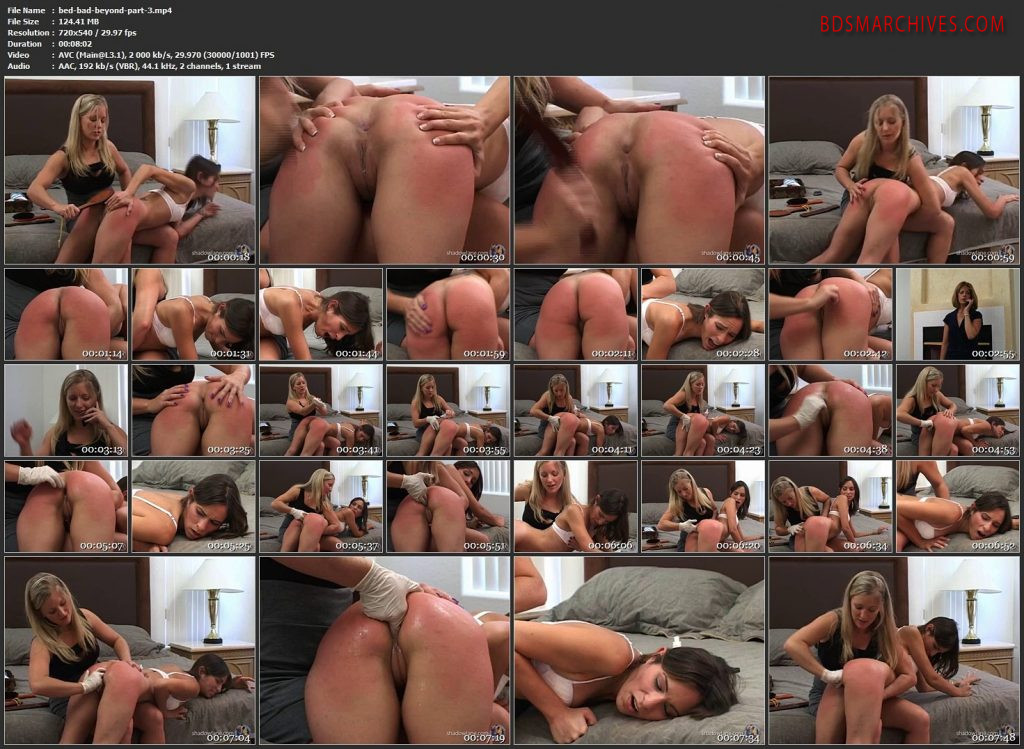 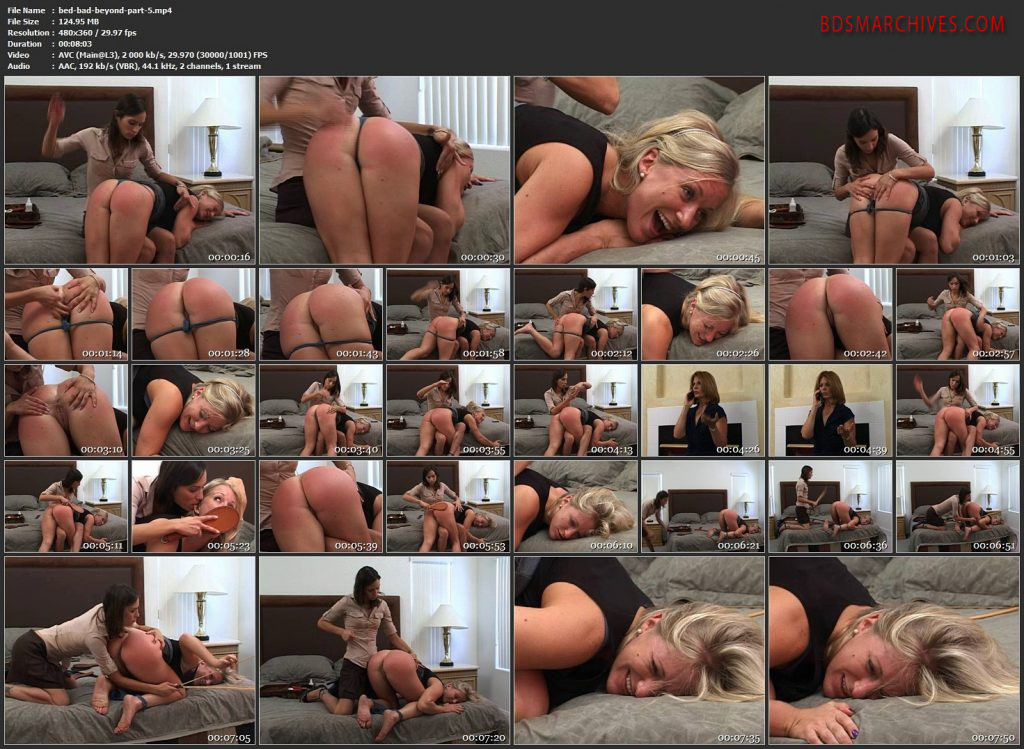 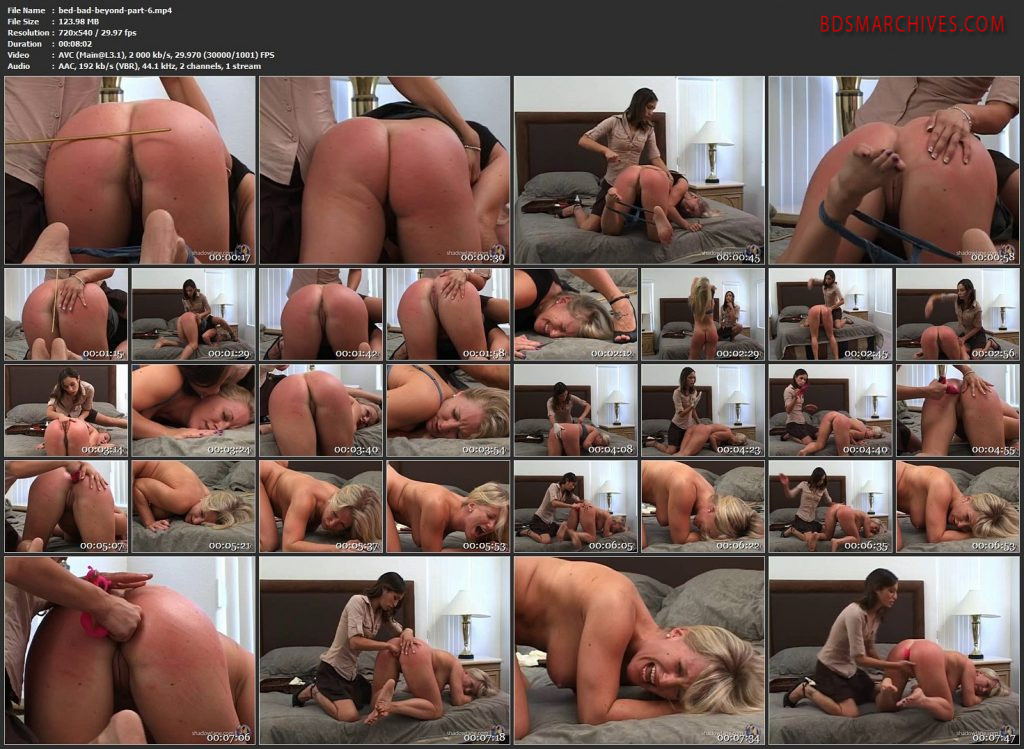 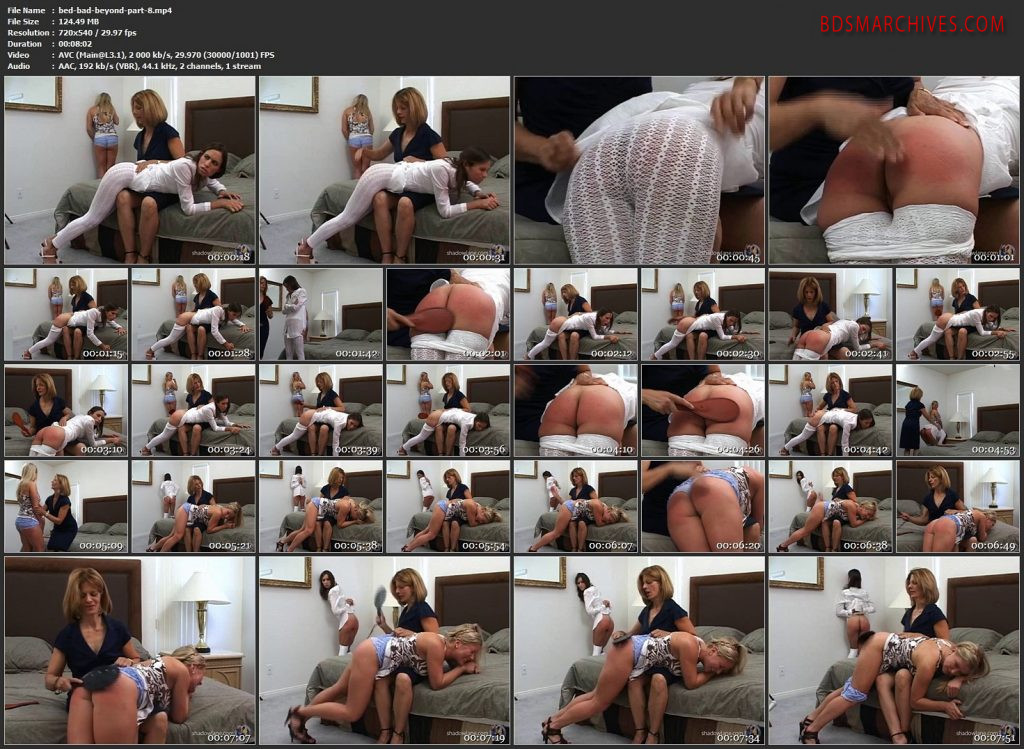 The spanking of Amber and her attendant cries and sobs begin to disturb a neighbor, Susan Mills, who at that very moment has her bridge club over. Miss Mills calls to complain and is rudely told to “sit on a candy cane” by Dia.

Nor do the thrills stop there! After she has been punished to the point of orgasm, Amber takes stock of the situation and realizes that she has reason to complain of her treatment at Dia’s probingly outrageous hands. Accusing Dia of violating her husband’s sacred rite of privacy by reading his text messages, Amber demands satisfaction on behalf of their shared stud. The fair-minded Dia instantly realizes that Amber has a point. Also, she’s become rather aroused topping Amber and taking her bottom. So she doesn’t really fight it when Amber aggressively turns the tables on her, dragging Dia over her lap. Amber spanks the hell out of Dia and pulls out such implements as straps and paddles to assist her. Then she goes into Dia’s own toybox and pulls out a number of invasive butt toys to insert into the tight bottom of the voluptuous blonde. Dia’s clothes and shoes come off and her sex is fully exposed as her corporal punishment continues.

The next day, Amber and Dia are happily hanging out together when their neighbor Susan Mills enters without knocking and proceeds to lecture the rowdy neighborhood sluts as only an off-duty police officer can. She tells the girls that she isn’t about to tolerate their disrespectfully lewd disturbing of the peace to the slightest degree and that they can either agree to take the discipline they have coming from her, then and there, or have her process them through the criminal system. Of course the girls agree to submit to an appropriate punishment from their offended neighbor, who turns out to be a cop, and go one by one over her skirted lap for an old fashioned spanking a piece.

Not satisfied that the neighborhood bad girls have been sufficiently punished for their amazing rudeness, Susan Mills takes up a cane and ordering them to kneel side by side with their bare bottoms uppermost, she lays into them in classic style, leaving both brats marked evenly with pink cane marks up and down their behinds.

This is a spanking boiler maker in every sense of the phrase, unexpectedly polishing off an incredibly explicit hardcore scenario with a piquantly well behaved, crisply traditional finale. Cram packed with sound spanking, stinging strapping, exciting exposure, punishment paddling and invasive insertion, Bed Bad and Beyond is perhaps our hottest all female spanking video ever.