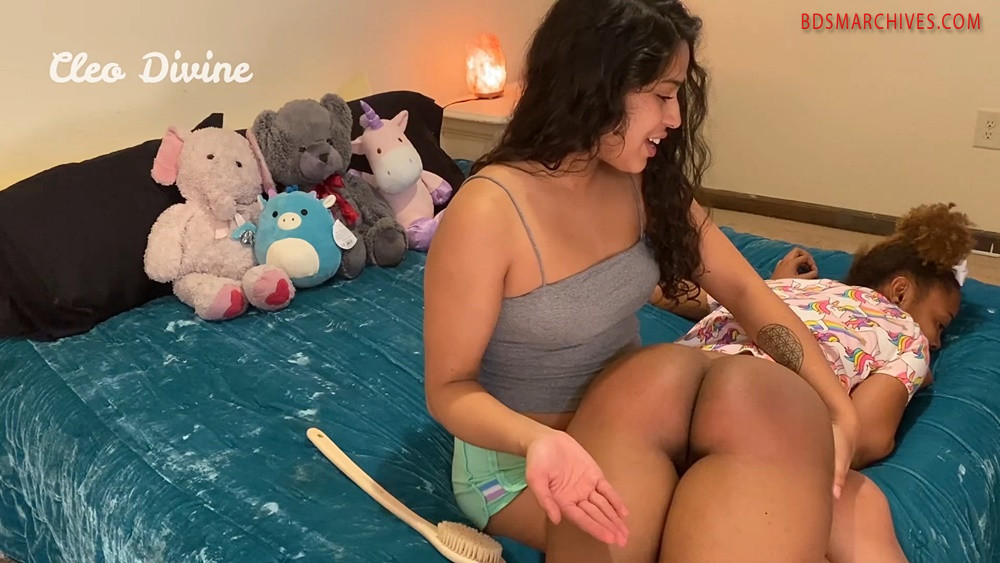 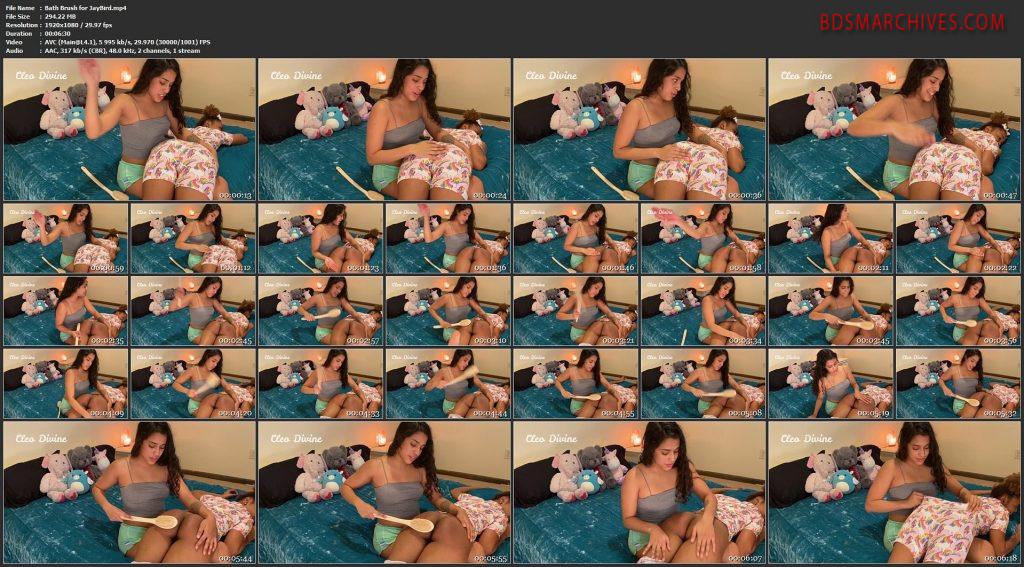 When JayBird breaks her rules on a playdate, Cleo Divine has a decision to make: will she tell her Daddy what she’s done, or will she keep her friend’s secret?

Little JayBird doesn’t seem to cope too well without her Daddy around to keep her in line: on a visit to her friend Cleo’s house, she breaks not one but two of her rules. First she wets her diaper just because it “feels so good”, and then it turns out she’s not even wearing underwear!

Cleo could just let it slide, of course – it’s not like she’s never broken her own Daddy’s rules before. She’s not sure she wants to tell on her friend, especially knowing the kind of punishment that could net her.

In the end, she decides on a compromise: she won’t tattle to JayBird’s Daddy, but she will take matters into her own hands. First she warms JayBird up with a hand spanking over her lap, before picking up her favourite bath brush to finish off.

This is a delightful little scene, with a real sense of giggling girlish conspiracy. And it’s obvious that Cleo Divine is enjoying being on the other side of a spanking for a change!