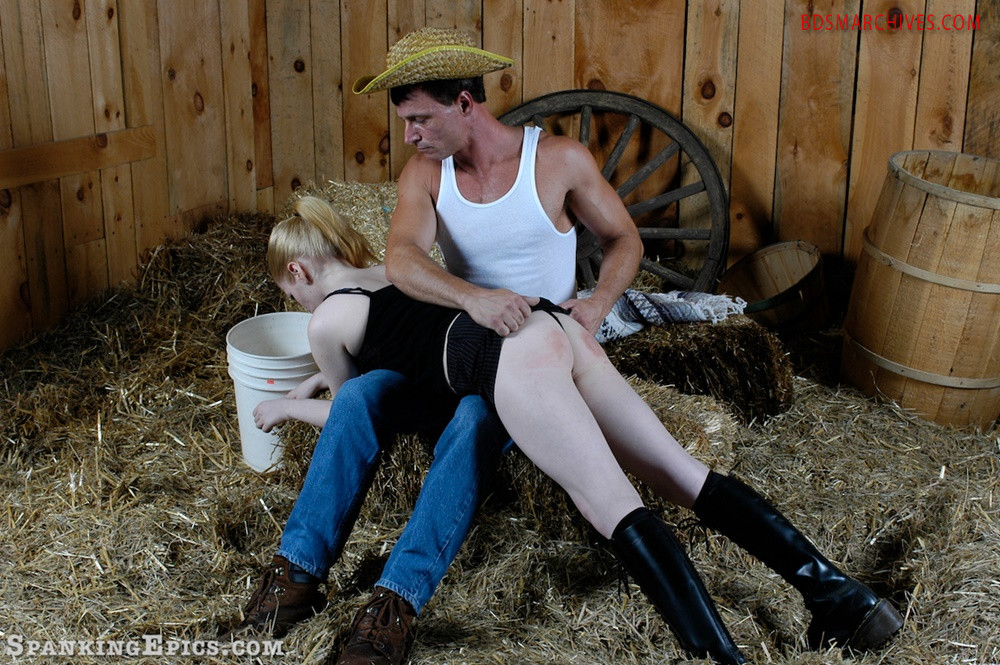 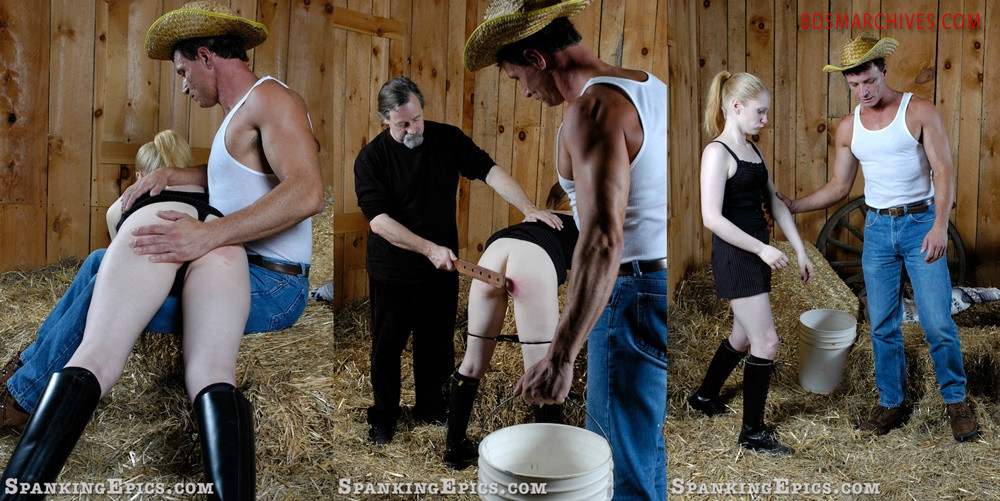 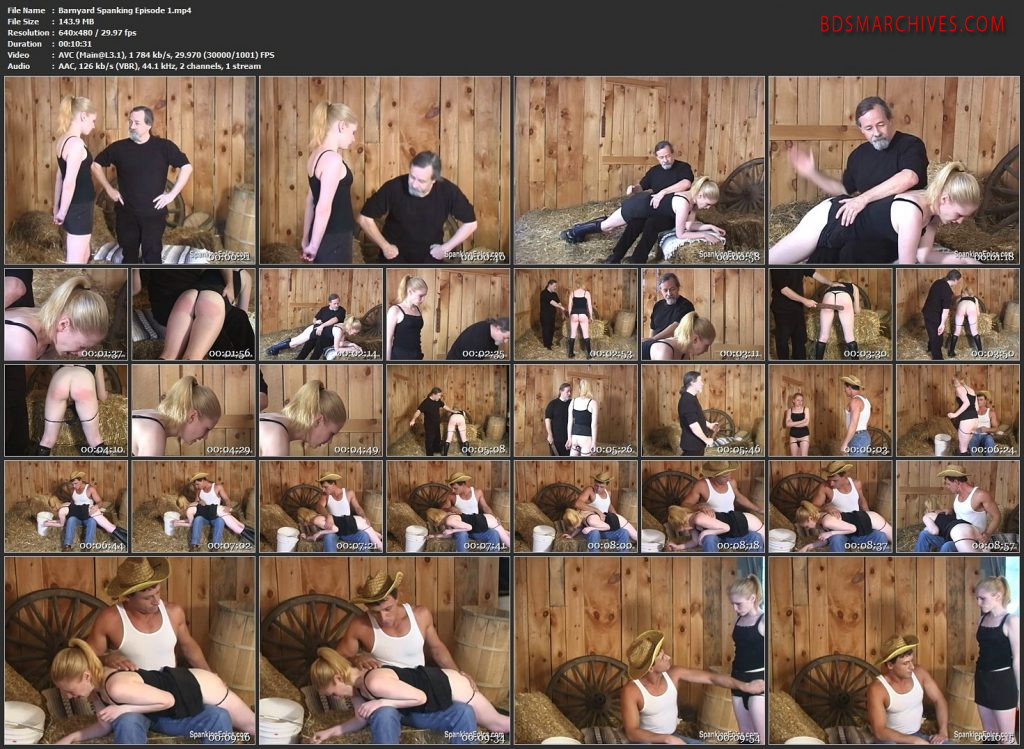 Bobbi Jo has been hired to take care of the horses on Master Blackthorne’s estate, but she’s been shirking her duties again. Finally, Master has had enough and Bobbi gets a spanking in the barn, with hand and paddle, for her laziness.But that’s not all – turns out, George referred her for her job, so when Master Blackthorne is done with her, he leaves her standing with her nose to the barn wall, and turns her over to George for more of the same.Bobbi Jo Gets it shows two spankings from two men, back to back. And our little Bobbi Jo has a behind that really shows it, when all is said and done.