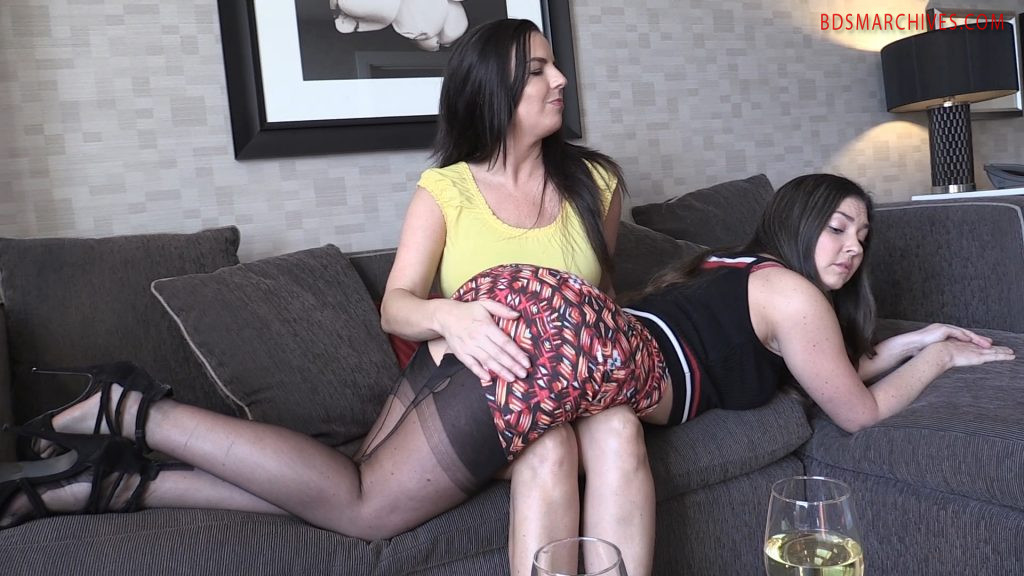 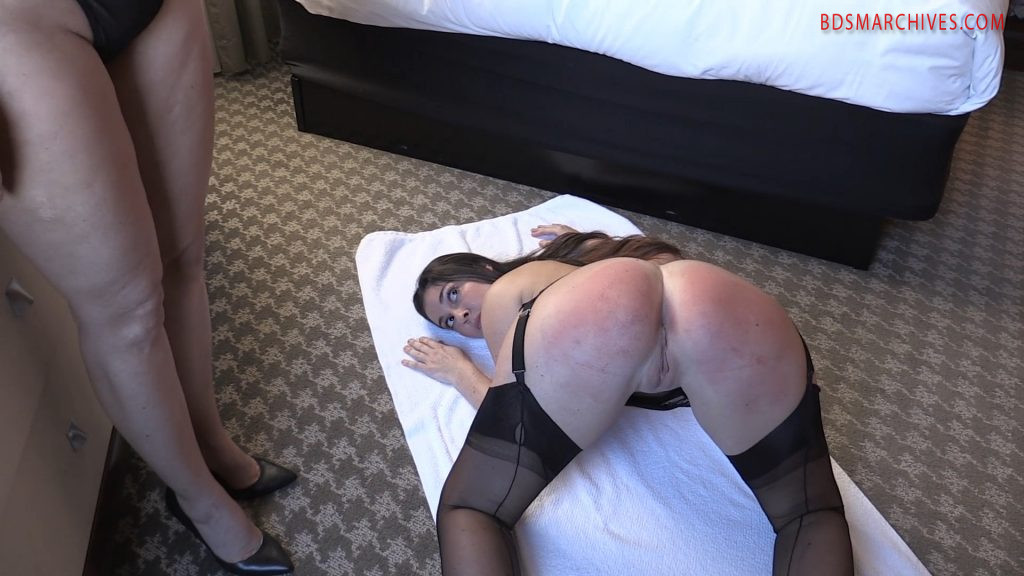 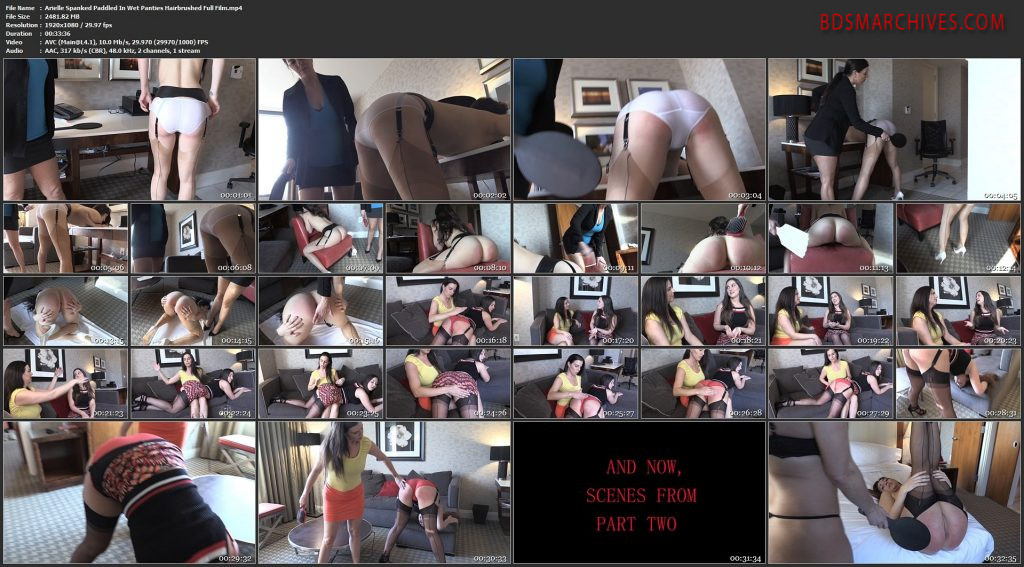 This short was taken from her much longer video the first time I shot with her in Atlanta. Arielle is stunning and has one of the most spankable bottoms on the planet. Enjoy watching it jump and wiggle while Arielle, in wet white panties stretched across that glorious bottom and stockings, lays her beautiful bare breasts out across the cold glass desk. Arielle has messed up the editing on a film and her boss, a successful and beautiful director, is going to punish her severely. Little does the boss know but Arielle has a crush on her and made mistakes so that she would get spanked, as the boss had threatened. Little does Arielle know but the boss loves to spank attractive girls and guides her through a series of spankings that include OTK over dress, over panties, Wet Panty paddling, bare bottom hairbrushing with ass over the end of a chair, paddling from a large wooden paddle and finally penalty swats. Bring popcorn and extra undies to the movie.