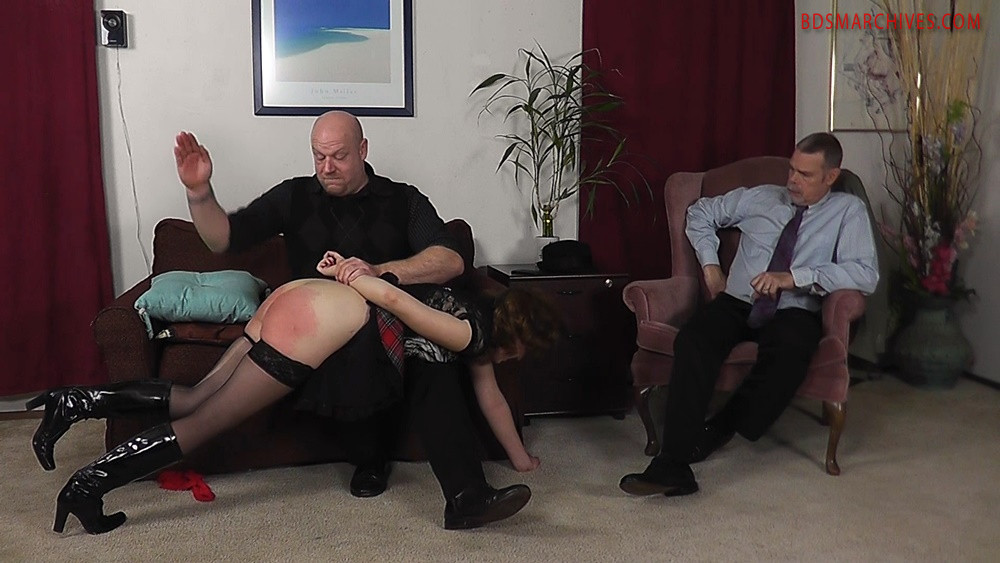 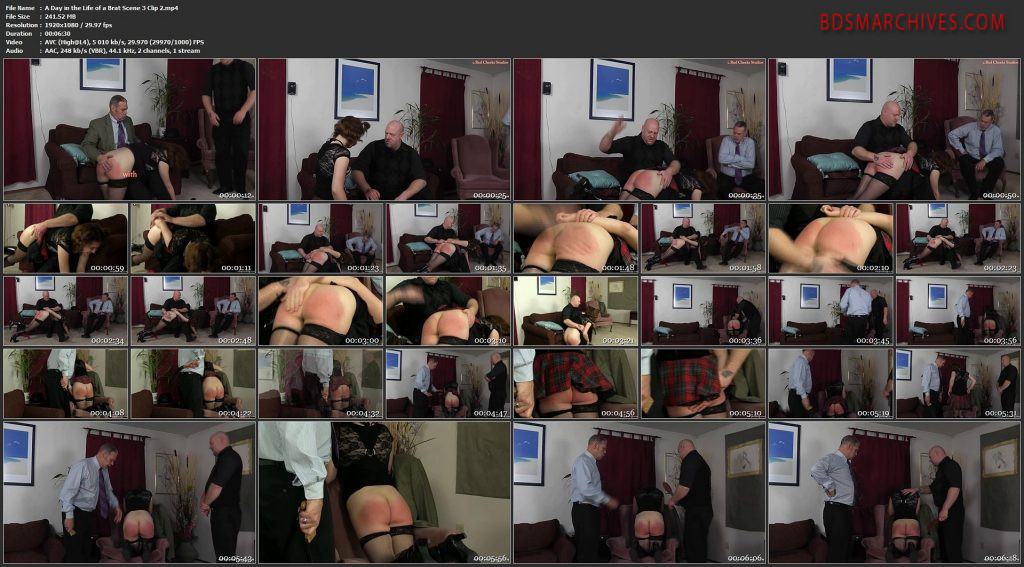 More from the Day in the Life video in which little brat, Breana, our newest model, is getting a sound spanking for being rude and stealing. She now gets spanked by her Uncle’s friend, with her bare bottom already very red. Despite struggling to take the stinging smacks, Breana still refuses to apologize, and while over his lap, she bites his arm. This makes her Uncle very cross, and he hurries off to fetch paddles and canes to really give her a good punishment. Now Breana gets a hard spanking with a double leather strap, but even that doesn’t appear to make her sorry, so a wooden paddle is produced and her Guardian invites his friend to try it out on her butt.