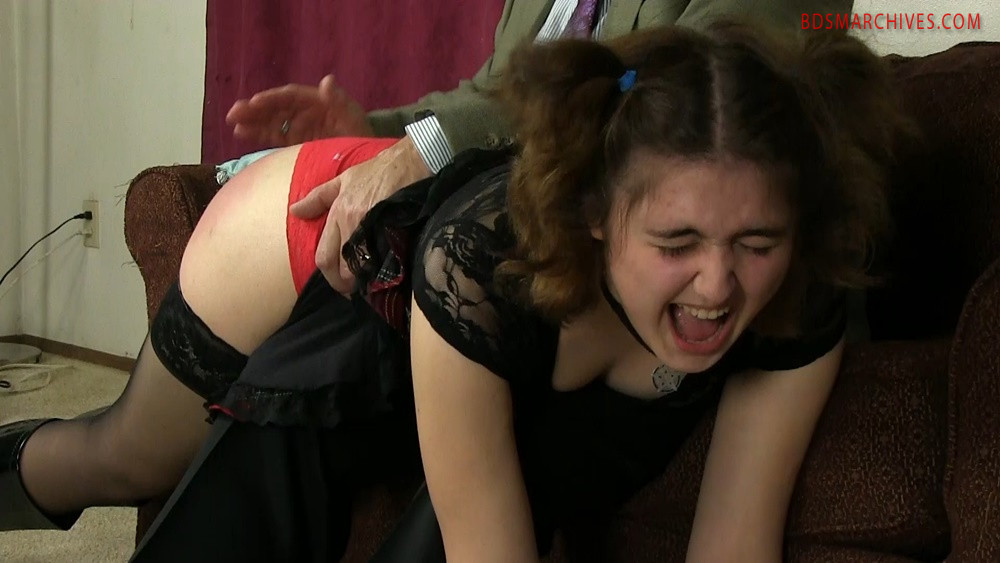 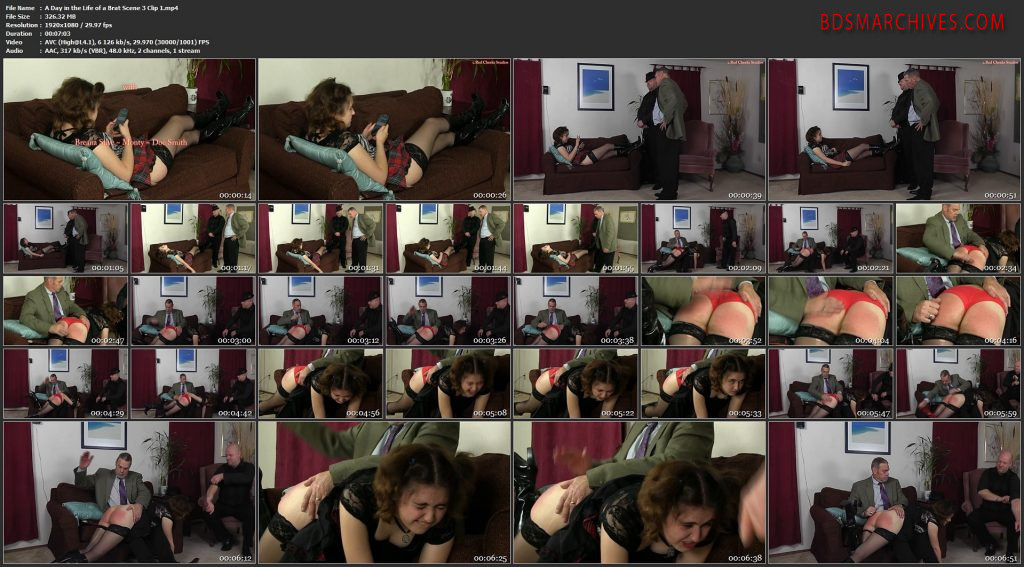 The final scene in a day of the life of little brat, Breana, in which she is spanked, paddled and caned by both her Guardian and his friend, Doc. They come home from the Club to find Breana playing games on her phone again. Her Guardian starts to interrogate her as he has just come back from a meeting at the Club where he learned of Breana’s bad behavior in being rude to his friend and stealing makeup belonging to Doc’s wife. Breana feebly attempts to explain, but Monty is very cross and pulls her over his lap to get another spanking, this time in front of his friend. After making her bottom nice and red with a hard spanking, he invites his friend to join in her punishment…