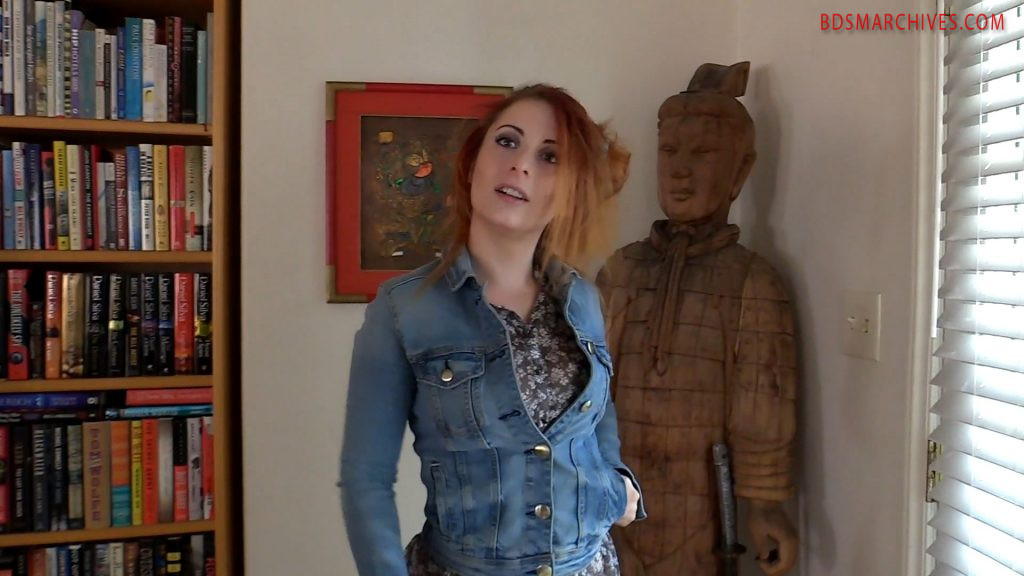 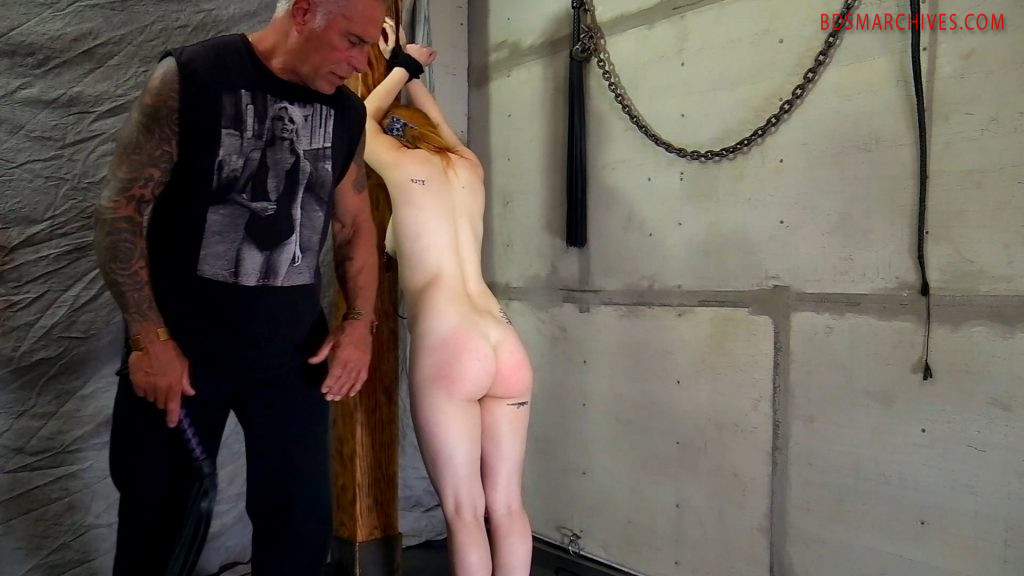 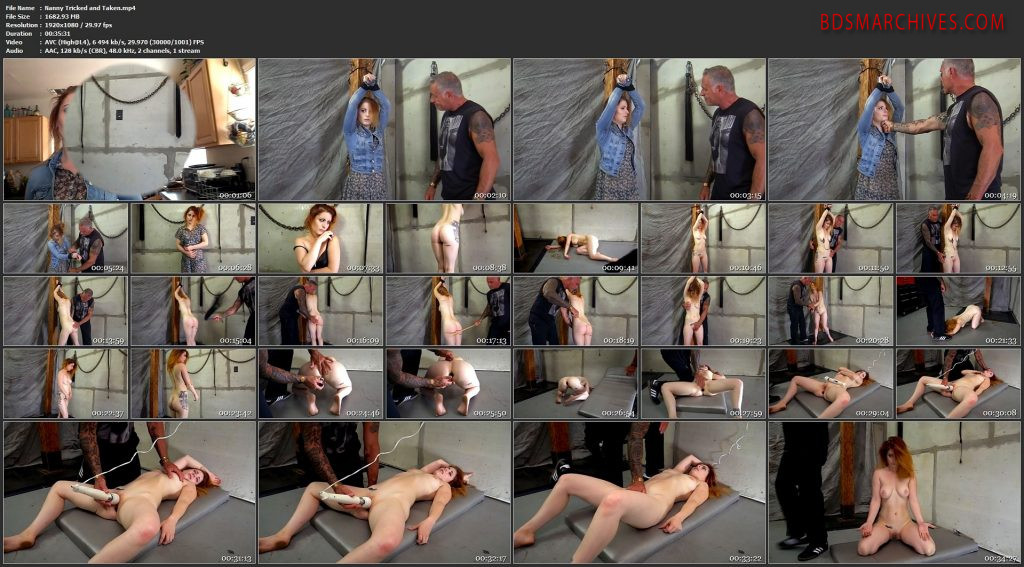 Kiwi has answered an ad for a nanny position, and she shows up at the house to do her interview. Strangely the wife/step-mother is absent (gone for a walk). The man offers to show her around. They enter a back room that looks pretty creepy, and she appears concerned as she notices what looks like a large whipping post. But before she can react, the man suddenly comes up from behind her, clamps his hand over her mouth and forcibly subdues her… till she slumps to the floor. When she comes to her senses, she realizes that she’s been tied to the post with her hands overhead. Naturally she’s panicked and alarmed, especially when the man explains that he’s taken her phone and thrown it in in the nearby ocean, and now no one will find her. Ever. He explains that she will be getting ‘trained’. He threatens her and gets her to agree to cooperate. He unties her and orders her to strip. She does so reluctantly… till she stands before him naked. He takes some pics and tells her he’s sending them to an interested party that might be her new owner. But when her turns his back, she scoops up her clothes and bolts for the door. He chases her down and roughly grabs her… and soon she’s lying on the cement floor taking another ‘nap’. When she wakes up, she’s tied to the post again… naked. He explains that she needs to understand the error of her ways, and that naturally she needs to be punished. He roughly gropes her breasts and pussy… and then attaches clamps to her nipples… and gives them a tug. He turns her around and spanks her till her white cheeks turn a nice shade of pink. He gives her a good flogging as well. Then she gets the cane, as he grips her by the snatch. Finally when she seems defeated and compliant, he lets her down… to her knees… in a properly submissive position. Everything seems to be going well… but he’s not done with her training. She’s been punished and her spirit is broken… she’s ready for more subtle training before she’s handed over to her new owner. She is ordered to walk… in circles. She’s told to move slowly… and to move those hips. She’s still a bit sulky, but she does as she’s told. She’s ordered to kneel… face down ass up. Her ass gets some bling… a black rose plug gets pushed into her tight asshole. She takes it well and gets a nice pussy rub as a reward. She’s told to roll on her back and spread her legs. Receiving pleasure is also part of her training. Her trainer runs the Hitachi over her breasts… down her belly and across her inner thighs… teasing. It barely brushes her pussy but she feels the sensations of pleasure… she can’t help herself. Then the Hitachi gets pushed into her now eager pussy and the waves of pleasure take over. Soon she has an intense orgasm. Then she is ordered to kneel in her submissive position as she’s trained to do. And finally, head to the floor to wait… until it’s time to deliver her to her new owner.