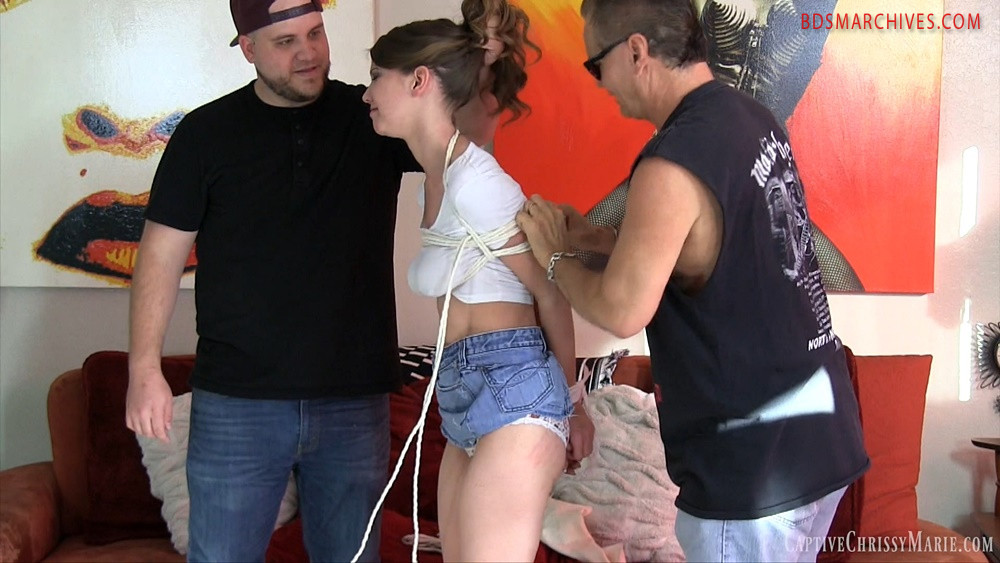 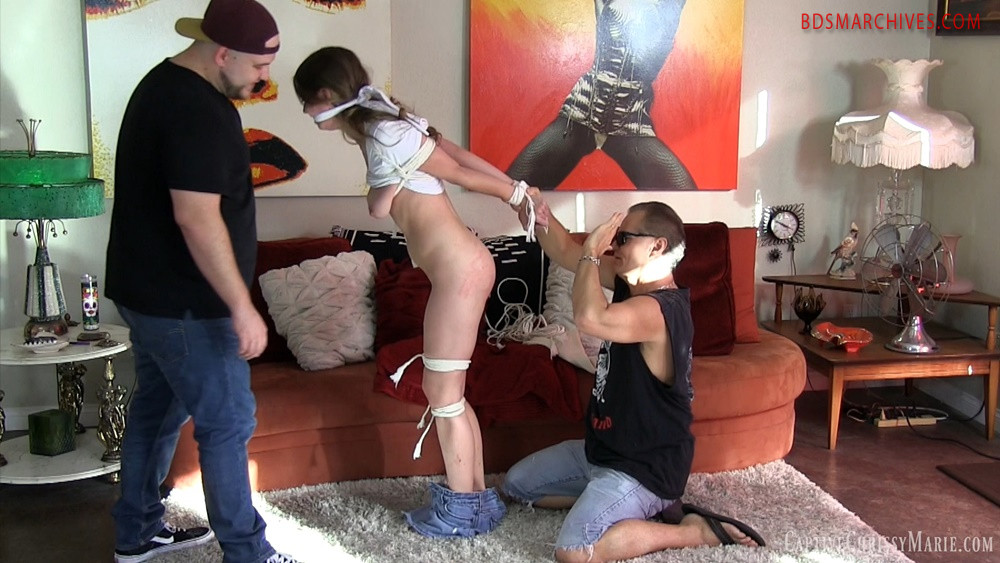 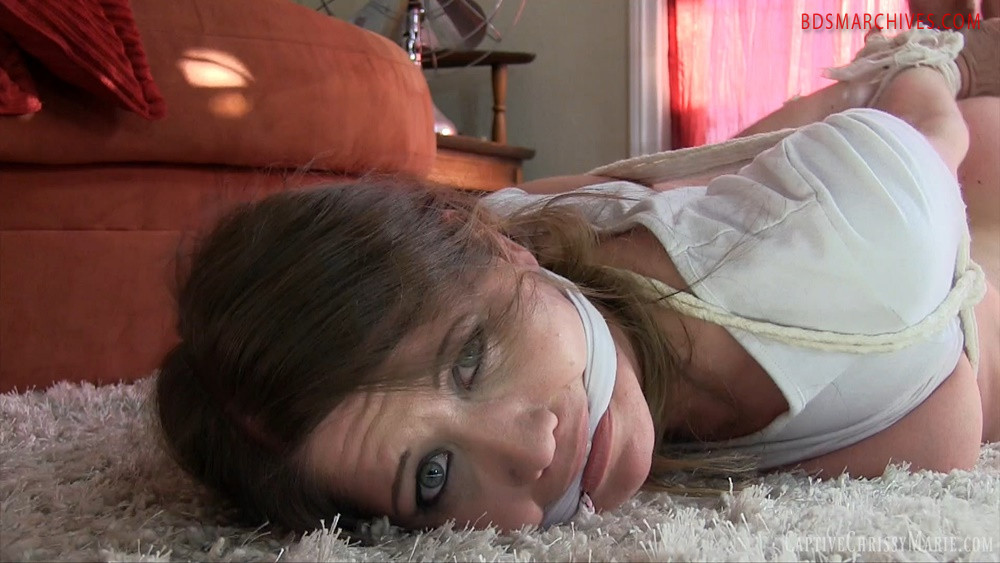 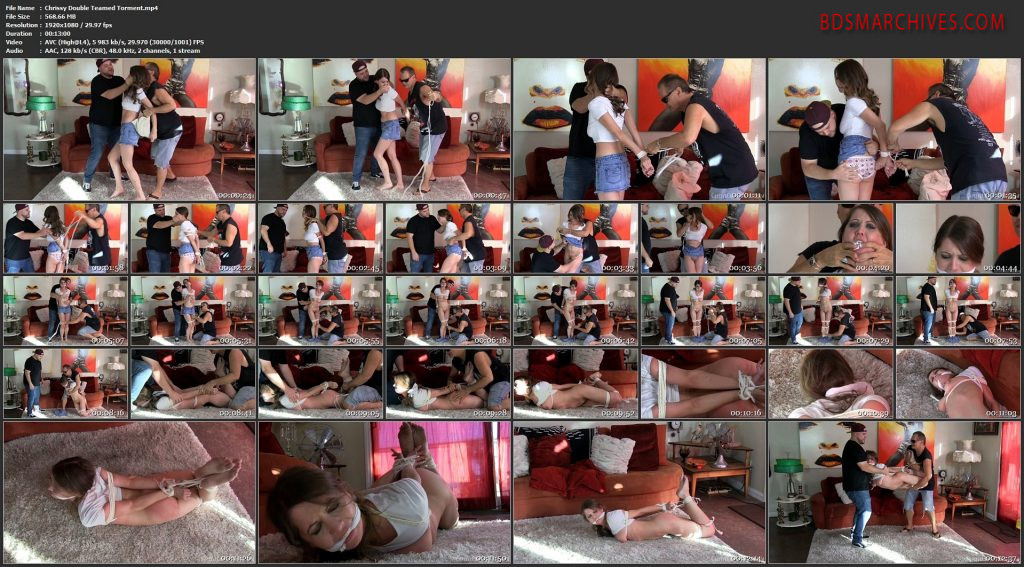 Chrissy Marie is home alone when two guys break in to rob her! When they find her they decide they will have to tie her up while they search for the loot! They carry her into the room, one guy holding onto her legs and the other tight hand gagging her as she furiously struggles and tries to scream. The two men easily overpower her and one of them begins to tie her hand behind her back with rope as the other keeps the scared but still feisty young girl quiet. They begin to torment her further by feeling her up and taking turns giving her firm smacks on the ass! They decide they need to gag the bitch in order to keep her quiet and one of them gets a great idea! He pulls off her panties from underneath her short denim skirt so that he can gag her with them! They make her smell them then stuff them into her mouth so she can taste herself! A white cloth is tied tightly between her teeth to seal them in!

They continue to double team her as they strip her, tie her up and torment her with even more groping and spanking! Once they have her secured in strict hogtie one of the guys goes to get the van while the other goes to gather the loot! Chrissy struggles in the tight ropes, desperately trying to get loose and call for help before the two men get away with her valuables! Unfortunately for Chrissy she is bound and gagged hopelessly tight and there is no chance of escape, all she can do is helplessly squirm and roll around in her hogtied predicament. Some time later the two men return. They decided that Chrissy is also going to be part of the loot! They had such a good time tying her up and tormenting her so they are going to take her with them so they can have some more fun with her! They lift her up, still hogtied and angrily struggling and mmmppphhhing as they carry her out! 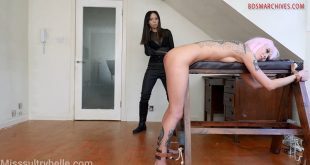 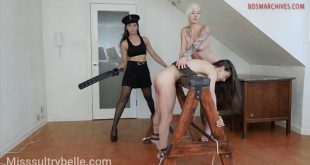 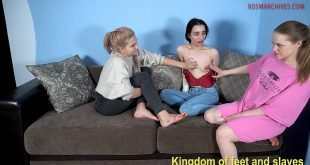 From mistress to slave part 1 – DominicToiman

Today you will see the beginning of unique videos, their peculiarity is that one of …